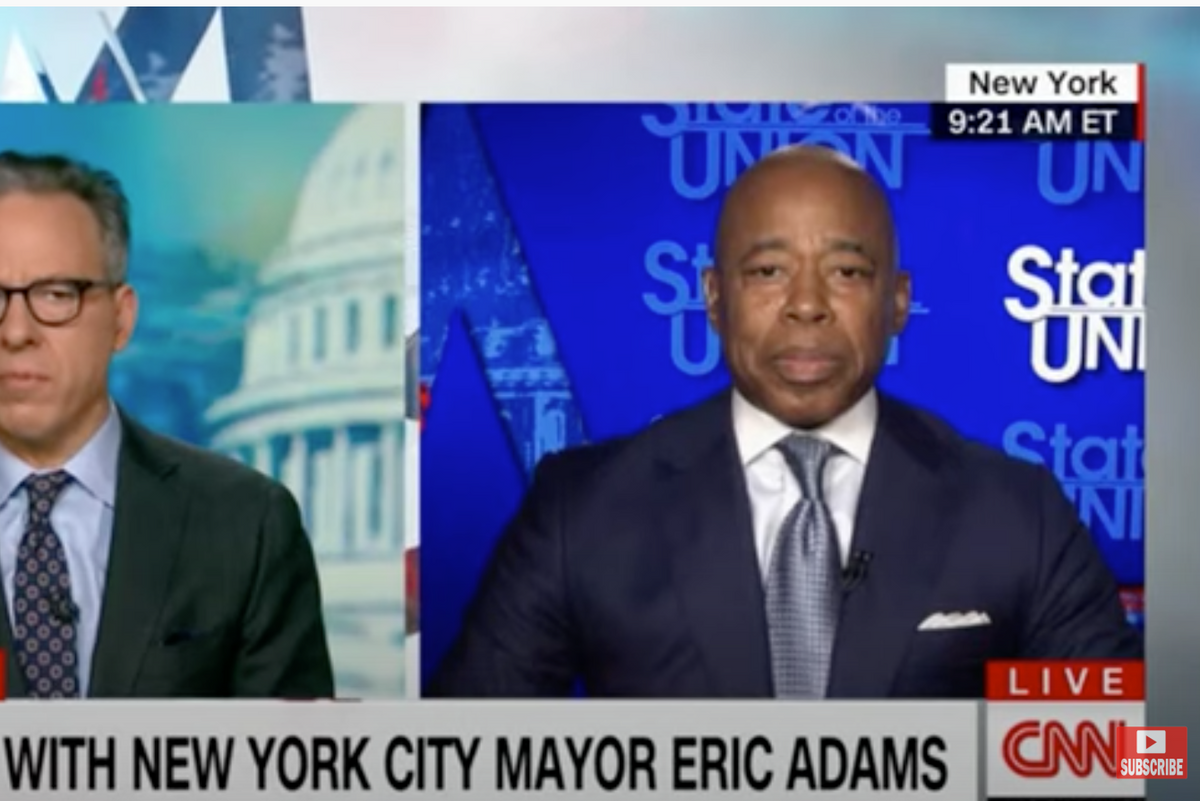 Just a couple days before Eric Adams was sworn in as New York’s mayor, the Bulwark wondered if Adams was the Democrats’ next national star. Adams is an avowed centrist and cop lover, so he’s obviously the kind of Democrat anti-Trump conservatives can support. Nate Silver even ranked Adams in his "top 5 for who will be the next Democratic presidential nominee after Joe Biden?"

Well, Adams hasn’t even been in office for two full weeks and his star is already falling. Friday, Adams named his younger brother Bernard Adams as deputy to New York Police Department Commissioner Keechant Sewel. It’s a sweet gig that pays $240,000 a year, enough for a comfortable studio apartment in the city.

Adams claims that he needs someone he can trust in a role that handles his security, and there’s no one you can trust more than your brother, unless he’s Fredo Corleone.

"My brother understands me," Adams told reporters on Sunday following an unrelated press conference at Bellevue Hospital. "And if I have to put my life in someone's hands, I want to put it in the hand of the person I trust deeply, because that is a very personal process of your security.”

After the Trump administration, you’d think Democrats would collectively avoid nepotism hires for a while. It’s a bad look that just reminds us of Ivanka and Jared. Public officials aren’t supposed to use their office for the private gain of friends and relatives. New York’s Conflicts of Interest Board will review the appointment and make a final determination. It shouldn’t take the board long to conclude that Bernard Adams is closely related to the mayor.

During an interview Sunday with Jake Tapper on CNN’s "State of the Union,” Adams defended hiring his brother, who we’re sure was probably the most qualified applicant out of all of Adams's siblings.

ADAMS: He will be in charge of my security, which is extremely important to me in a time where we see an increase in white supremacy and hate crimes.

According to his Linked-In profile, Bernard Adams has worked at Virginia Commonwealth University since 2011 and his most recent position was assistant director for parking. If I were worried about threats from white supremacists and “anarchists," I’d pick someone with more impressive credentials to handle my security but maybe that’s because I’m an only child.

ADAMS: I have to take my security in a very serious way, but at the same time, I need that right balance. … My brother has a community affairs background, the balance that I need.

ADAMS: He understands law enforcement. He was a 20-year retired veteran from the police department, and I need someone that I trust around me during these times for my security, and I trust my brother deeply.

The mayor also appointed Philip Banks III as the city’s new deputy mayor of public safety. This is another prize hero, as the former NYPD chief resigned in 2014 after becoming the target of a federal corruption probe. Adams told Tapper, "I believe that Phil acknowledges there were some real mistakes and errors that were made. He was not accused of a crime.” More accurately, Banks was never charged with a crime but federal prosecutors described him as an “unindicted co-conspirator” in a police bribery scheme. I’m hardly a fan of the NYPD but surely Adams could’ve found someone with less baggage for this role.

Adams entered office during the city’s devastating Omicron surge, but he seems to think “swagger” is the best response to a public health crisis. No, seriously, here’s what he said — in front of people — last Monday.

Yes, we get it: Adams considers “swagger” a key leadership trait. It’s unclear how New Yorkers are supposed to strut their way out of a public health crisis.

On New Year’s Eve, Andy Cohen drunkenly bashed outgoing Mayor Bill de Blasio, and while he did suck a great deal, he managed to accomplish some good things during his few couple years in office — universal pre-kindergarten, $15 dollar minimum wage, and the end of stop-and-frisk. So far, Adams has delivered nepotism and croneyism. All the swagger in the world can’t make that look good.