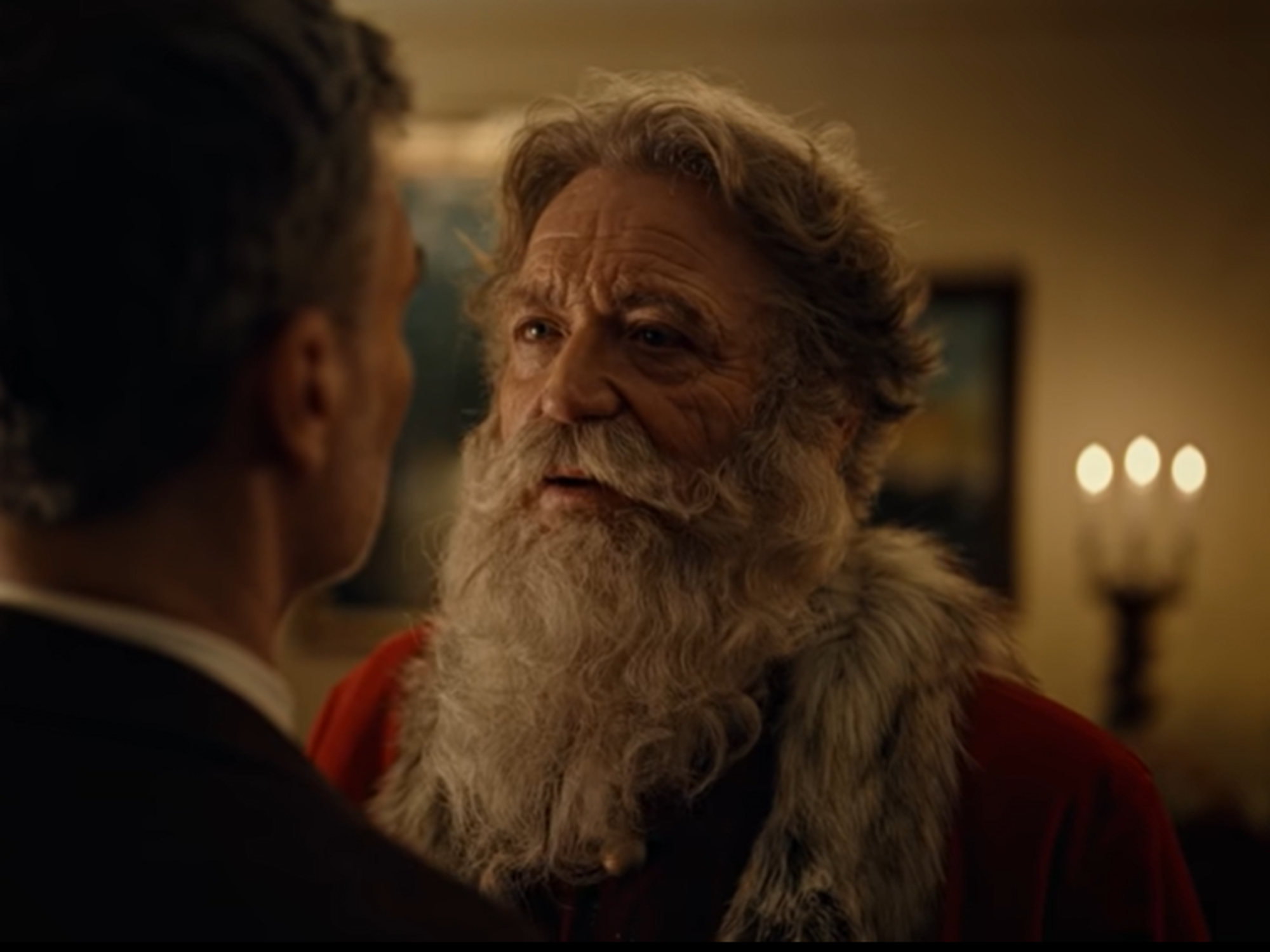 Apparently the holiday season starts way back on Halloween now, instead of the day after Thanksgiving, so since we're all in the festive spirit, here's a nice Norwegian commercial about Santa making out with guys.

This year, as in the previous two years, Norway Post is presenting a new magnificent Christmas film. This year's film has been named "When Harry met Santa".

Norway Post is literally the post office. The post office in Norway made the "When Harry Met Santa" movie. And it really is quite lovely. Why that theme? Oh, just because 2022 will be the 50th anniversary of Norway decriminalizing homosexuality, so they decided that was worth celebrating.

Meanwhile America's post office is still run by this guy:

Last year the Norway post office's Christmas movie had a whole Make Christmas Great Again theme, making fun of you-know-who. The year before that their movie "joked about whether the Virgin Mary was in fact a virgin," according to Kampanje.

After the success of the last two years with Norway Post's Christmas films, we now notice that people are asking when this year's Christmas film is coming and what the theme is this time. It's incredibly fun. You can safely say that we have created a new Christmas tradition that people are looking forward to. The two previous years we have surprised the audience through the use of a lot of humor. There will be surprises this year as well, but this year there will be love for all the money, says Monica Solberg , marketing director for Posten og Bring. [...]

The tradition has been to look at Christmas with a slight slant in the previous two years - this year we can perhaps say that we look at Christmas with a skewed look instead? Posten is an inclusive workplace with great diversity, and we would like to celebrate the 50th anniversary with this fine love story. In last year's campaign, Santa was angry at Norway Post, which took away his "business" - this year Santa is happy that Norway Post can relieve him a little, so that he can be with the one he loves, says Solberg to Kampanje.

JoeMyGod also shares the Trumpy one from last year, should you like to watch it. Don't worry, it's not gross like the real Donald Trump.