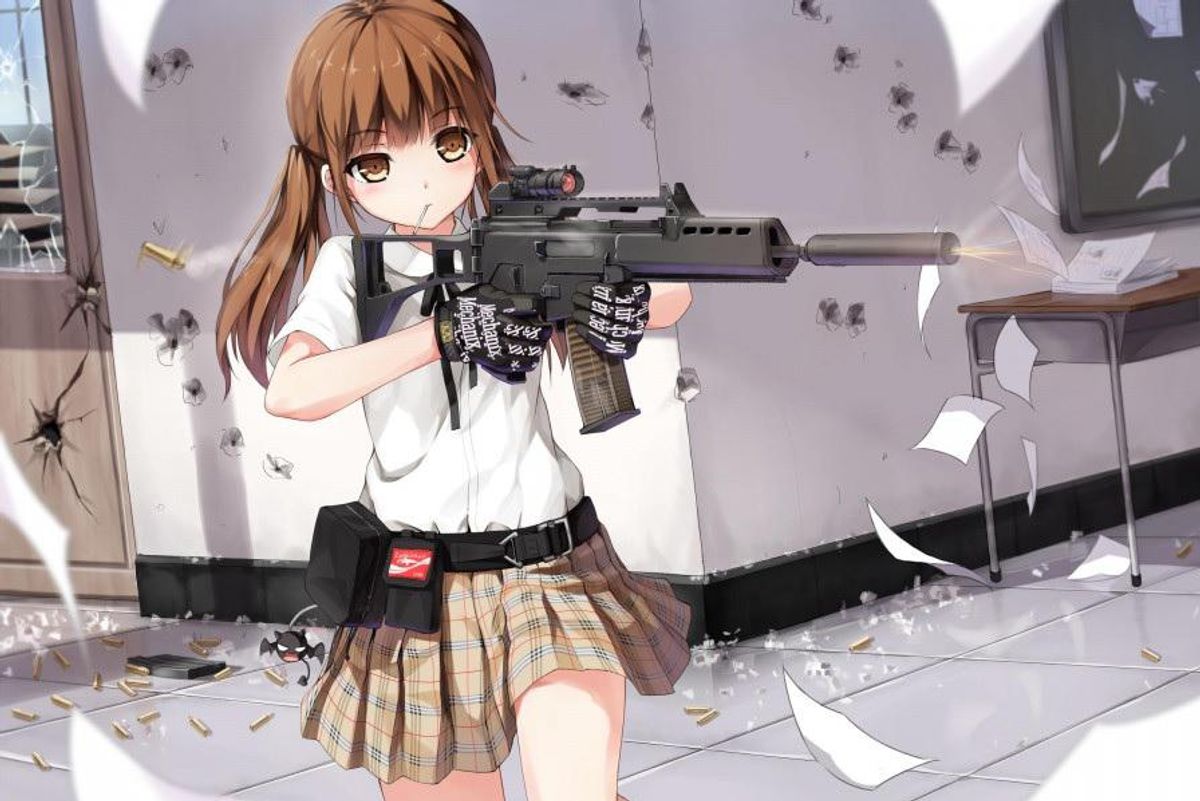 The day after the April 20, 1999, mass shooting at Columbine High School in Littleton, Colorado, the National Rifle Association's top leaders, lobbyists, and PR people got together on a conference call to figure out their strategy to address the massacre.

At the time, Columbine was the worst school shooting in history, with 13 people dead and more than 20 injured. But the real tragedy, as the NRA folks saw it, was that it was terrible publicity for their organization, which had scheduled its national convention to be held in Denver that year, just 10 days after the shootings. Should they cancel the convention, pare it back, or perhaps go ahead with the convention and proudly talk about how wonderful and absolutely necessary guns are for American Freedom?

As we've seen following school slaughter after school slaughter, and in other mass shootings, the NRA's response to Columbine was to charge forward, accusing the media and scary liberals of using an unfortunate tragedy to suggest that guns were somehow related to all those deaths. But this week, National Public Radio investigative reporter Tim Mak obtained recordings of that post-Columbine conference call showing the group's leadership considered a number of different options, including setting up a million-dollar compensation fund for the victims, to show that the organization felt "sympathetic," and even "respectful."

But nah, that would look like the NRA felt somehow responsible, so that wouldn't do at all. Here's the NPR story, which includes multiple excerpts from the recordings:

Mak was given the recordings by an anonymous person who was on the call; NPR notes that it has "taken steps to verify the tapes' authenticity, including by confirming the identities of those speaking on the tapes with two sources and comparing the voices on the calls with publicly available audio." And because a whole bunch of top NRA people said some disturbingly honest things about their low opinion of some of the group's most passionate supporters, calling them "nuts," "idiots," "fruitcakes," and "hillbillies," folks in Gunhumper World seem every bit as mad at the NRA as at NPR for its "hit piece" that presented the actual discussions of NRA leadership.

The revelations of what NRA honchos really think of their members are sure to fuel the continuing departure of the most strident gunfondlers from the organization, in favor of the many "no compromise" gun organizations that have sprung up in recent years. Gosh, it would be a shame to see the NRA's power diminished. More accurately, we should absolutely be worried by the increasing power of the most radical Second Amendment cultists, the folks who insist that NRA stands for "Negotiating Rights Away."

What Can You Say About Teenage Boys And Girls Who Died?

In the recording, NRA lobbyist Jim Baker succinctly identifies the difficulty of the NRA's rhetorical situation:

In another exchange, NRA official Jim Land and PR consultant Tony Makris discuss the bullet-pocked rock and bloodstained hard place in which the NRA found itself:

Land: I got to tell you, we got to think this thing through, because if we tuck tail and run, we're going to be accepting responsibility for what happened out there.

Makris: That's one very good argument, Jim. On the other side, if you don't appear to be deferential in honoring the dead, you end up being a tremendous shithead who wouldn't tuck tail and run, you know? So it's a double-edged sword.

As we all know, the NRA's official policy evolved, pretty much in the course of that call, into a firm commitment to being the tremendous shithead, because on the Right, you can never back down, you always have to attack.

In one of the more remarkable exchanges, people on the call even consider whether it might help if the NRA made a calculated show of very sincere empathy for the victims, perhaps with a wreath reading "Message: We Care."

NRA official Kayne Robinson: Is there something concrete that we can offer? Not because guns are responsible, but because we care about these people? Is there anything? ... Does that look crass or ...

Robinson: No, I'm talking about something concrete ...

Robinson: Yeah, we create a victims fund, and we, uh, we give the victims a million dollars or something like that, uh. ... Does that look bad, or does it look uh ...

Makris: Well, I mean, that can be twisted too. I mean, why ... why are you giving money? You feel responsible?

Never Give Up! Never Surrender! Full Speed Ahead!

At another point, NRA Executive Vice President Wayne LaPierre wonders if it might not be better for the group to cancel the convention because they'd all look like monsters if they went ahead, and besides, the group wouldn't lose much money on the deal, probably no more than the price of a few of his favorite tailor-made suits. That idea was immediately shot down by lobbyist and former NRA president Marion Hammer, the nice lady who helped Florida enact some of the nation's most extreme gun laws so they could become a model for other states. Cancel the meeting? Hammer stood her ground:

Hammer: You have to go forward. For NRA to scrap this and the amount of money that we have spent ...

LaPierre: We have meeting insurance.

Hammer: Screw the insurance. The message that it will send is that even the NRA was brought to its knees, and the media will have a field day with it.

As we are obliged to any time we mention her, the 2018 New Yorker profile of Hammer, written shortly after the Parkland school massacre, is required reading for the class.

I Knew It. I'm Surrounded By Assholes.

Hammer also had some very unkind things to say about the very best gunhumpers she's worked so hard to enable. Someone suggested cancelling the annual meeting's exhibit hall, where conventioneers ooh and ahh over the civilian arms trade's latest products and take adorable video of four-year-olds working the action on sniper rifles.

But as NRA ad strategist Angus McQueen pointed out, it was already likely that the NRA's more "normal" members would give the convention a wide berth, so members who did show up were likely to be the most extreme gun advocates (many of whom, we'd add, now consider the NRA too squishy in its defense of liberty).

Hammer replied that the "hair on the back of my neck stood up" when she thought about that.

LaPierre noted that if the exhibit hall were cancelled, then the only target for the media to head for would be the annual members' meeting, where anyone can stand up and speak about the need to shoot down tyrants or introduce a resolution calling for legalizing private ownership of bazookas.

Makris: Made that point earlier. I agree. The fruitcakes are going to show up.

Hammer: If you pull down the exhibit hall, that's not going to leave anything for the media except the members meeting, and you're going to have the wackos ... with all kinds of crazy resolutions, with all kinds of, of dressing like a bunch of hillbillies and idiots. And, and it's gonna, it's gonna be the worst thing you can imagine.

Ultimately, they decided to keep the exhibit hall, if only to dilute the chances that some of the NRA's more Excitable Boys would appear on national television.

The convention went on, slightly smaller, but with then-NRA President Charlton Heston taking the stance the NRA has ever since: the real tragedy is all those vultures in the media and Congress who are defiling the graves of the victims of this unfortunate tragedy, shame on them. Worse, the tragedy would only be compounded if patriotic Americans lost their gun rights because some bad guys did a bad thing.

That position finally reached its zenith/nadir 13 years later, when LaPierre reacted to the murders of 20 first-graders at Sandy Hook by declaring that only if we have far far more guns will we ever see an end to the bloodshed. That's worked out so great since.

Yr Wonkette is funded entirely by reader donations. If you can, please help us keep you armed with the best defense of all: Accurate information and dick jokes.