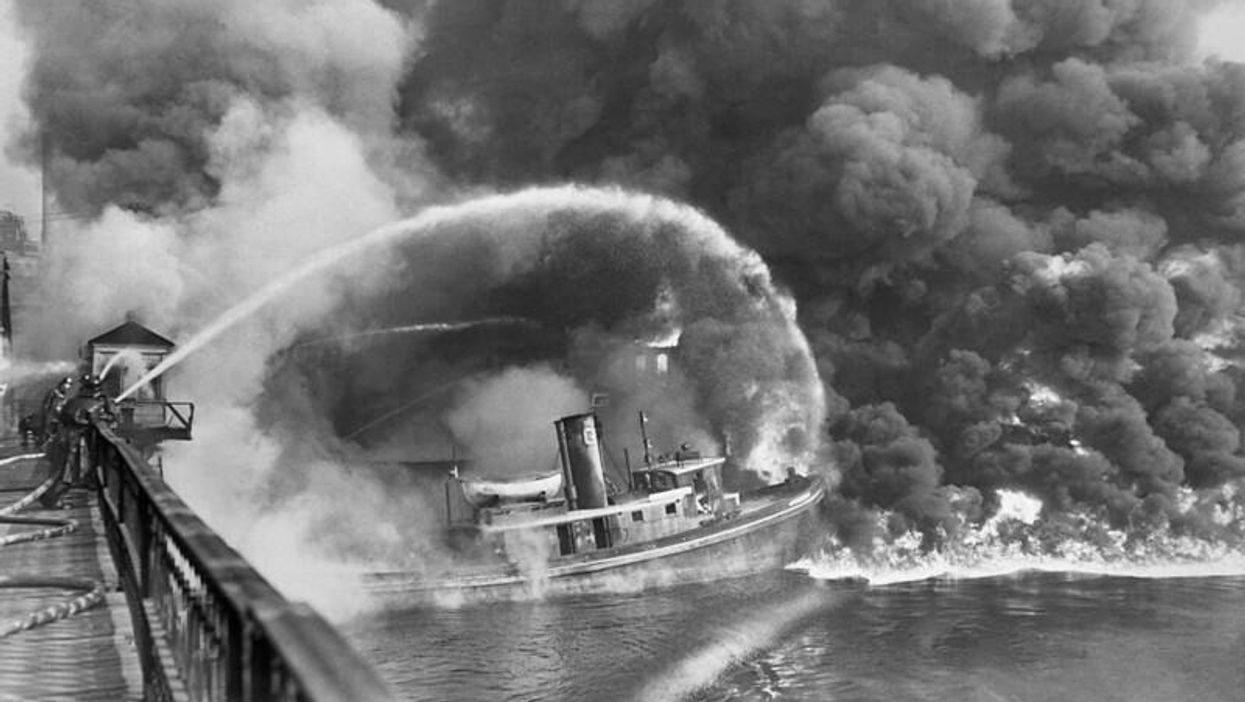 In 2018, Ohio voters — who were damned well outraged by the 2011 Republican gerrymandering that had given Republicans veto-proof supermajorities in the state legislature despite only winning a little over half of the statewide vote — passed a constitutional amendment outlawing district maps being drawn in a way that "unduly favors or disfavors a political party or its incumbents." They might as well have called it the "STOP THE STEAL" amendment, except it was for a thing that existed in reality. And voters approved. Either the state lege would get a bipartisan three-fifths vote on any new legislative and congressional maps, or redistricting decisions would go to a "bipartisan commission" made up of five Republicans and two Democrats. (Bipartisan!)

Oh, but the the 2020 Census was delayed, and the results were only released to states in August, so the Republicans who control the Ohio state legislature missed the September 30 deadline to pass a new congressional map, and then somehow the redistricting commission missed its October 31 deadline to draw a map, so the legislature instead rushed to pass, in one day, a redistricting plan that meant Republicans would have an advantage in 80 percent of the new congressional districts (11 seats out of the 15 available, with two safe Democratic districts and two toss-ups). For consolation, since the process skipped the first two steps mandated by the constitutional amendment, the new maps will only be good for four years, not the rest of the decade.


Today, the Ohio state Supreme Court heard arguments in two lawsuits against the new maps, with the plaintiffs arguing that the maps were drawn in violation of the amendment's ban on gerrymandering and that the maps are even more weighted in favor of Republicans than the 2011 maps that drove voters to pass that 2018 constitutional amendment.

Republicans are, of course, shocked, shocked by such scurrilous accusations. They emphasize the statistical possibility that Democrats might conceivably field a winning candidate in some of the new districts, and also very sincerely point out that nothing in the amendment really defines what "unduly favors or disfavors a political party" even means, so the legislators are allowed to decide that, using their own special definitions of fairness. State Senate President Matt Huffman and House Speaker Robert Cupp, both Republicans, proudly say with straight faces that the new maps are in fact “the most balanced and politically fair congressional plan in recent Ohio history.”

The Ohio Capital Journal seems to think that is some bullshits:

In an average of the last 16 statewide elections not including non-partisan judicial races, Republicans have won a 54% to 46% advantage.

As of 2020, 1.9 million Ohioans were registered Republican while 1.6 million were registered Democratic, for a ratio also of 54% to 46%. More than 4.5 million voters remain unaffiliated.

Nevertheless, the Republican majority said in a statement that because they’ve won 13 of 16 statewide elections they could be entitled to up to 81% of representation of the people, despite them only winning the average of 54% of the votes in those elections.

It's all very complicated, and made even more ridiculous by the detail that Ohio Supreme Court Justice Pat DeWine, the son of Ohio's Republican Gov. Mike DeWine (who both sat on the commission and signed the maps into law but felt bad about it), refuses to recuse himself from the redistricting cases, even though dear ol' dad is a defendant! The Cleveland Plain Dealer says such a move just might be unprecedented, which admittedly wouldn't make it all that different from most Republican behavior these days, since norms 'n' conventions have become very rubbery things indeed.

We'll have a more detailed look at the legal questions in these cases soon, and we'll be sure to let you know where this oil barge ends up dumping its toxic load, since it might be nice if this were resolved before the 2022 midterms.

Yr Wonkette is funded entirely by reader donations. If you can, please give $5 or $10 a month, and we'll crank up the Randy Newman tunes for you.