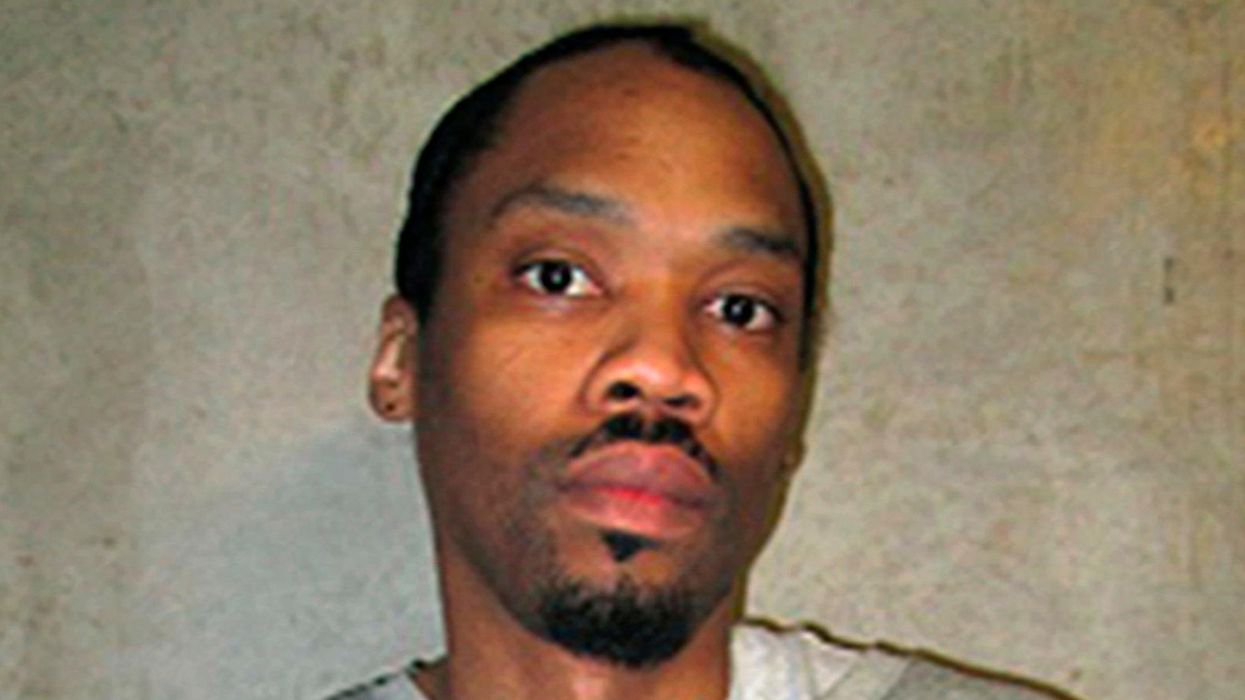 Kevin Stitt, the Republican governor of Oklahoma, commuted the sentence of Julius Jones on Thursday night, just hours before he was to be executed — following an ongoing campaign from those who believe he is innocent of the crime he was charged with.

While it was pretty cruel of Stitt to wait until the last minute to issue the commutation, this is a good thing. Julius Jones is still alive, and as long as someone is still alive, the possibility for justice exists. One hopes, anyway. His supporters say this is just the first step in getting him freed for good, although the wording of the commutation itself won't make that too easy.

Jones has served 20 years on death row for the 1999 shooting death of Oklahoma City businessman Paul Howell and has maintained his innocence the entire time, saying he was framed for the shooting by Christopher Jordan, a co-defendant who testified against him at trial and who has since been released. There are a whole lot of questions about the crime, the conduct of the prosecutors during the trial, and Jones's guilt or innocence, many of which were explored in The Last Defense, a 2018 documentary series produced by Viola Davis.

Unusually for a death row case, there were a number of Republican lawmakers and conservative personalities pushing for Jones's commutation, largely because a lawyer who believed in his innocence reached out to them, believing they'd have a better shot at influencing the governor than the usual liberal death penalty opponents. She probably was not wrong.

Kelly Masters, a prominent Oklahoma lawyer and agent for N.F.L. players, who got involved in Mr. Jones's case last year, said she realized that the best way to influence Mr. Stitt was to reach out to conservative figures in Oklahoma and beyond.

"I became convinced we were about to execute an innocent man," said Ms. Masters, who has served as an unpaid adviser for Mr. Jones's defense team. "I knew we had to bring conservative voices into the discussion and I knew that the faith community needed to weigh in."

While the question of Jones's guilt was enough to get him off death row, and the Oklahoma Pardon and Parole Board recommended that the governor grant clemency to Julius Jones and commute his sentence of death to a sentence of life with the possibility of parole, the commutation Stitt issued comes with the condition that Jones will have to remain in prison the rest of his life.

Julius Darius Jones shall not be eligible to apply for or be considered for a commutation, pardon, or parole for the remainder of his life.

Disturbingly, even if he were proven innocent, "actual innocence" does not necessarily mean getting out of prison in the United States, or even not being executed. That's why there are people sitting behind bars right now for crimes other people have not only confessed to, but for which they have already served their time and been released.

Just yesterday, two men were officially exonerated by a New York state judge for the assassination of Malcolm X, after the New York DA found, fifty years later, that proof of their actual innocence had been withheld.

There should be no such thing as the death penalty and no such thing as life without the possibility of parole. Both are too cruel and too permanent in a world where people sometimes make mistakes. The very moment the first person convicted by a jury in the United States was discovered to actually be innocent is the moment the death penalty should have been banned nationwide. That alone should have been proof, in and of itself, that our system is in no way perfect enough to punish anyone in so permanent a fashion.