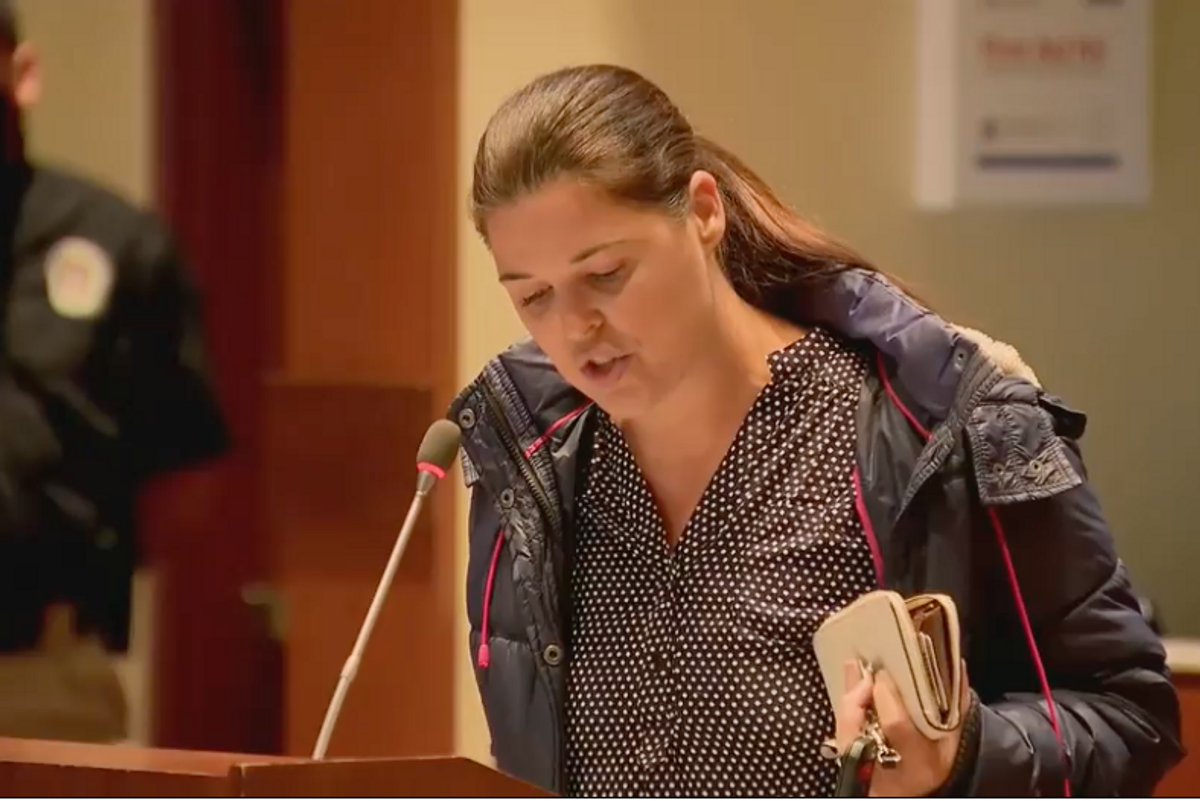 White parents in Virginia can sleep well knowing that they've elected a new governor who'll make sure their kids won't learn anything uncomfortable. You'd think they'd enjoy a victory lap or two and a cooling-off period, but they're still real mad at their local school boards.

Tuesday, parents in Loudoun County, Virginia, yelled at school board members some more, accusing them of all sorts of perfidious skullduggery. Dig this one lady who sounds like someone I tried to avoid whenever I rode the A train late at night.

ANGRY PERSON: Critical race theory is a Marxist philosophy and a cancer that spreads through the vehicles that you spend my taxpayer money on … You have activist teachers using it to indoctrinate their kids who are at the mercy of their authority. That is child abuse and you have no right to brainwash children into believing that their skin color supersedes the power of constructive life choices.

Yes, if enslaved Black people had made more constructive life choices, they might not have been born into slavery.

White parents are also still pissed that their kids have to wear masks to protect themselves from COVID-19. That's a precaution we can expect Governor-elect Glenn Youngkin to toss aside in the name of freedom. I keep mentioning the parents' race because I'm obviously a Marxist who hates children, but I also don't see any Black or Hispanic parents at these shouting matches. Maybe they prefer more quiet forms of entertainment.

Parents are attempting to recall members of the school board, which one parent claimed has "overseen the worst example of education leadership in the history of this country." This person presumably never heard of Betsy DeVos.

ANGRY PERSON: And we've uncovered your books in our libraries and they are laced with pedophilia and incest. You can't gaslight us into child-grooming psychobabble. You aren't fooling anyone anymore, especially now, that you're sitting there, doubling down on child rape. It's disgusting!

This would all be terrible if it were actually happening, but it's not. Republicans and rightwing media have convinced these people that they live in a moral sewer. We're just a few weeks away from 2022 and these parents are re-enacting the “very special" book banning episode of a 1980s sitcom. In the "Family Ties" episode “Read It And Weep," Alex Keaton (Michael J. Fox) quotes Supreme Court Justice William Brennan in response to a school banning The Adventures of Huckleberry Finn.

Local school boards may not remove books from school library shelves simply because they dislike the ideas contained in those books, and seek by their removal to prescribe what shall be orthodox in politics, nationalism, religion or other matters of opinion.

Yes, Alex the Reagan Republican quotes a liberal Supreme Court justice. It was a simpler time.

In Spotsylvania County, Virginia, which Youngkin carried with almost 60 percent of the vote, the school board has ordered staff to remove any books from library shelves that contain "sexually explicit" material. They're expected to report on the number of naughty books at a special meeting next week. This is in response to a parent's freakout over the content of books accessible through Riverbend High School's digital library app.

The mother was originally distraught that so many available books acknowledged the existence of the LGTBQ community. Then she discovered a book that she considered even worse: Adam Rapp's 33 Snowfish (Wonkette cut link), which the American Library Association named a Best Book for Young Adults in 2004. The book addresses child pornography but it's not actually child pornography. From what I've read, it seems overtly anti-child pornography. It's recommended for readers 15 and older. They can handle it. But the school board disagrees.

One board member, 24-year-old Courtland representative Rabih Abuismail, claimed that 33 Snowfish's presence on school library shelves means public schools "would rather have our kids reading gay pornography than about Christ." That is quite the leap — perhaps a leap straight to Congress. Leaving no cliche unturned, Abuismail and Livingston representative Kirk Twigg want the removed books BURNED.

"I think we should throw those books in a fire," Abuismail said, and Twigg said he wants to "see the books before we burn them so we can identify within our community that we are eradicating this bad stuff."

So, that's where we are now — literal book burning. As grotesque as historical book burnings were, they at least served a practical purpose. Your modern bigot bonfire isn't accomplishing much if the book still exists in the cloud.

Abuismail confronted Superintendent Scott Baker over the “objectionable" books and what he said should chill you: "Dr. Baker, you saw this coming from Northern Virginia — did it not occur to you to check what is on our libraries?"

Yes, a wave of ignorant censorship is coming, and I'm reminded of these words from German poet Heinrich Heine: "Where they burn books, they will also ultimately burn people."