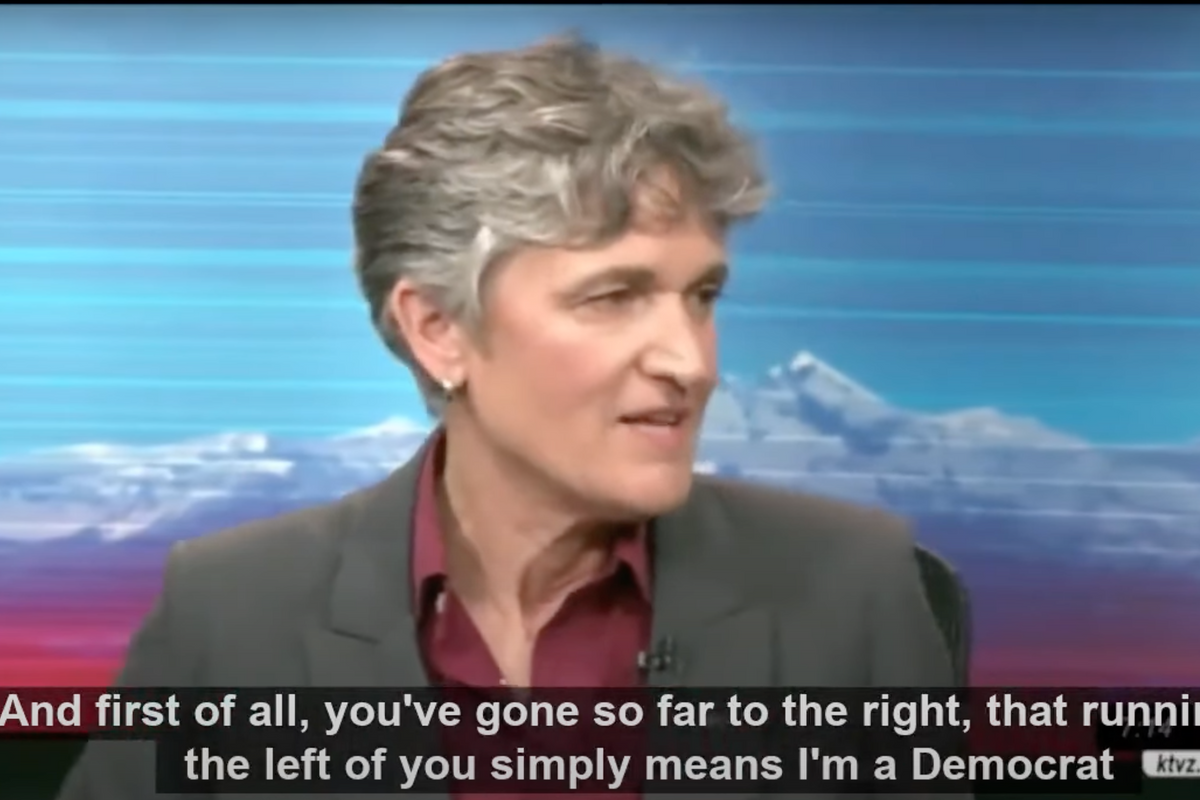 Schrader is the reduced-for-quick-donor-sale Joe Manchin who, along with the so-called “unbreakable nine,” actively sabotaged President Joe Biden’s Build Back Better bill. Biden still endorsed Schrader’s reelection in April, stating, "We don’t always agree, but when it has mattered most, Kurt has been there for me.” This was a weird way of suggesting that Build Back Better — the core of his domestic agenda — didn’t matter the most. But maybe Schrader was always good for giving Biden a ride to the airport.

You’ll recall that the Oregon primary elections were May 17, a week ago, but Clackamas County fucked up big time: Smudged, blurry bar codes left as many as 60,000 ballots unreadable by vote-counting machines. That’s more than half of the county’s total ballots. Each voter’s selections had to be hand-transferred to a new ballot, and this artisanal process moved slower than Uncle Joe at Petticoat Junction. By Friday, just 23,000 ballots had been tallied. At this rate, they risk missing the June 13 deadline.

However, the Associated Press reported that Clackamas County Elections Clerk Sherry Hall knew about the issue at least two weeks before the election. Hall has overseen elections in the Portland suburb for 10 years, but practice apparently didn’t make perfect or even just minimal competence. She claimed it was too late by May 3 to print and mail new ballots. Fair enough, but Secretary of State Shemia Fagan’s office reportedly offered Hall extra help but instead Hall said she had enough resources. Unfortunately, the magic elves never arrived on Election Day.

Commissioner Sonya Fischer said she’d asked Hall late last week to confirm misprinted ballots would be processed over the weekend but got no response. Hall told commissioners her team did not work over the weekend because not enough of them were willing to put in the extra time.

Wow, Hall really sucks at this. She didn’t try offering them pizza, maybe some beer? Hall herself is up for reelection in November and should probably not remain in office. Aside from this disaster, here’s a brief overview of her unprofessional behavior: When Oregon legalized same-sex marriage in Oregon, she refused to conduct any marriage ceremonies. She was once fined $100 because she asked one of her employees to help with her reelection campaign. She’s also been called out for putting her own name on the envelopes of the county's vote-by-mail ballots whenever she’s up for election. That is apparently “an unusual but not illegal practice.” It’s not just Portland that’s keeping Oregon weird.

McLeod-Skinner was gracious during the extended delay. She behaved like a sane elected official and didn’t promote conspiracy theories, like certain people in the GOP Senate primary. She even thanked the poor folks stuck with hand-counting ballots in a high-stakes primary.

I really want to emphasize encouraging people to be patient ... And real gratitude to people doing the heavy lifting counting the ballots. We should be excited that this is a sample of success of democracy.

Democratic state Rep. Rep. Janelle Bynum called for a formal investigation into Hall's “ballot-printing fiasco.” We should definitely sort that out, but right now, let’s say good riddance to Schrader, who repeatedly sided with his donors over his constituents. This includes his opposition to COVID-19 stimulus checks and a $15 minimum wage. He also voted against prescription drug pricing reform. Unlike Manchin, Schrader couldn’t even claim to represent a more conservative electorate. Schrader underperformed Biden in 2020, even while outspending his opponent. Despite what the concern-trolling Never Trumpers might argue, McLeod-Skinner is a better candidate for holding this seat in a difficult election year for Democrats.

Hopefully, Schrader can find a nice farm upstate where he is free to roam around with other centrists.