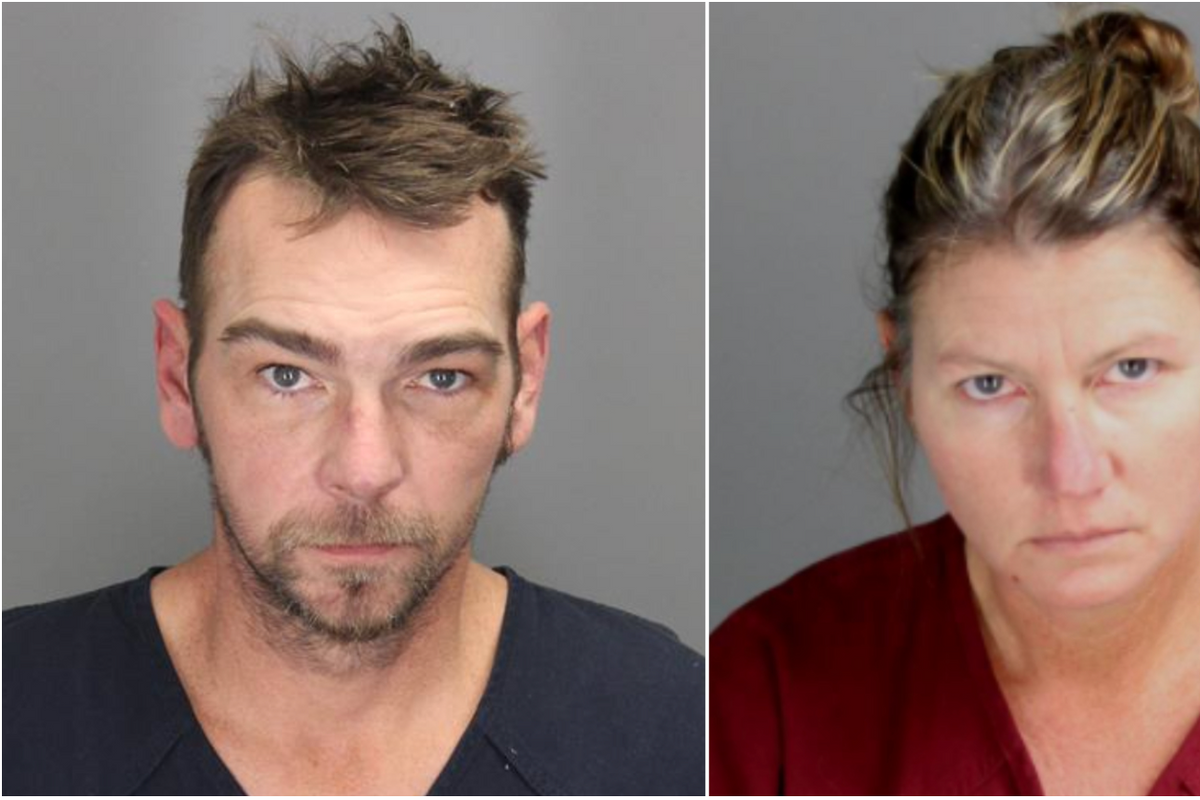 James and Jennifer Crumbley, the parents of Oxford shooting suspect Ethan Crumbley, were arrested and taken into custody after being apprehended in a warehouse late last night, following a tip-off from someone who saw their car and got a glimpse of Jennifer Crumbley. Both parents had briefly been considered fugitives by law enforcement after they refused to

They have both plead not guilty to four counts of involuntary manslaughter and are being held on $500,000 bond each.

If the couple is able to post bond, they will still be required to "wear a GPS tether and would only be allowed to attend work, court appearances, medical appointments and attorney meetings, so long as a schedule and proof of employment is given to pretrial services ahead of time."

In a statement to the press, the attorneys representing the Crumbleys, Shannon Smith and Mariell Lehman. explained that the couple was not actually on the lam and that it was always their intention to turn their clients in this morning.

We understand that our clients were apprehended last night although we fully intended to turn them in first thing this morning for arraignment, contrary to the misinformation that has been rampant in the media.

Unfortunately, this case presents the most unimaginable tragedy for every single person involved, including every member of the community. While it’s human nature to want to find someone to blame or something to point to or something that gives us answers, the charges in this case are intended to make an example and send a message. The prosecution has very much cherry- picked and slanted specific facts to further their narrative to do that.

We intend to fight this case in the courtroom and not in the court of public opinion. We know that in the end the entire story and truth will prevail.

Look, there are probably only three reasons to be in a Detroit warehouse you do not work at in the dead of night — you are at an illegal rave in the 1990s, you are hiding from a serial killer or you are on the lam.

What is it we are meant to believe here? That one Crumbley said to another "Man, it sure has been a rough week, what with our precious darling son murdering four people — let's just get away, go to a warehouse in Detroit on this, the third of December. That'll be nice." and that they had no idea they were supposed to be turning themselves in? That is a stretch. The Crumbley's attorneys said they left town for their own safety, which would make absolute sense given the situation, except for the warehouse part.

Also — right or wrong, and I happen to believe wrong — the vast majority of convictions and sentencings of people who are not thrill killers, child molesters or people who are an actual danger to the public are about "making an example" and "sending a message." People like to believe it's a deterrent to crime, a belief not born out by the fact that we hold 20 percent of the world's prison population. It's bullshit, but let's worry about how it's bullshit when it's less unusual for that bullshit to affect people who don't look like the Crumbleys.

In a later statement, the attorneys said that they were in touch with their clients all day and that it was the prosecutor who would not get back to them. Although the fact that they did not make it to their arraignment yesterday did

“Last night and throughout the day, we were in contact with our clients — they were scared, they were terrified, they were not at home, they were figuring out what to do, getting finances in order," attorney Shannon Smith said.

"Our plan was to drive to the Novi district court this morning, because arraignments were supposed to start at 8:30 [a.m. ET] for any county arraignment, and we had plans to meet them at 7:30, to text the Fugitive Apprehension Team to get to the court by 8:30 so they could be arraigned first thing. Those were plans we made and solidified, and we did not announce it because unlike the prosecution, we weren't attempting to make this a media spectacle," Smith said.

Generally speaking, people who are not the white Republican suburban parents of a teen shooter are not allowed to skip their arraignments and just turn themselves in whenever they feel like it.

If the prosecution is overstating the parents' culpability here, that's worth some consideration. It doesn't seem like it, but prosecutors have been known to do that and everyone deserves their day in court. The Crumbleys will be able to present their defense just like anyone else.