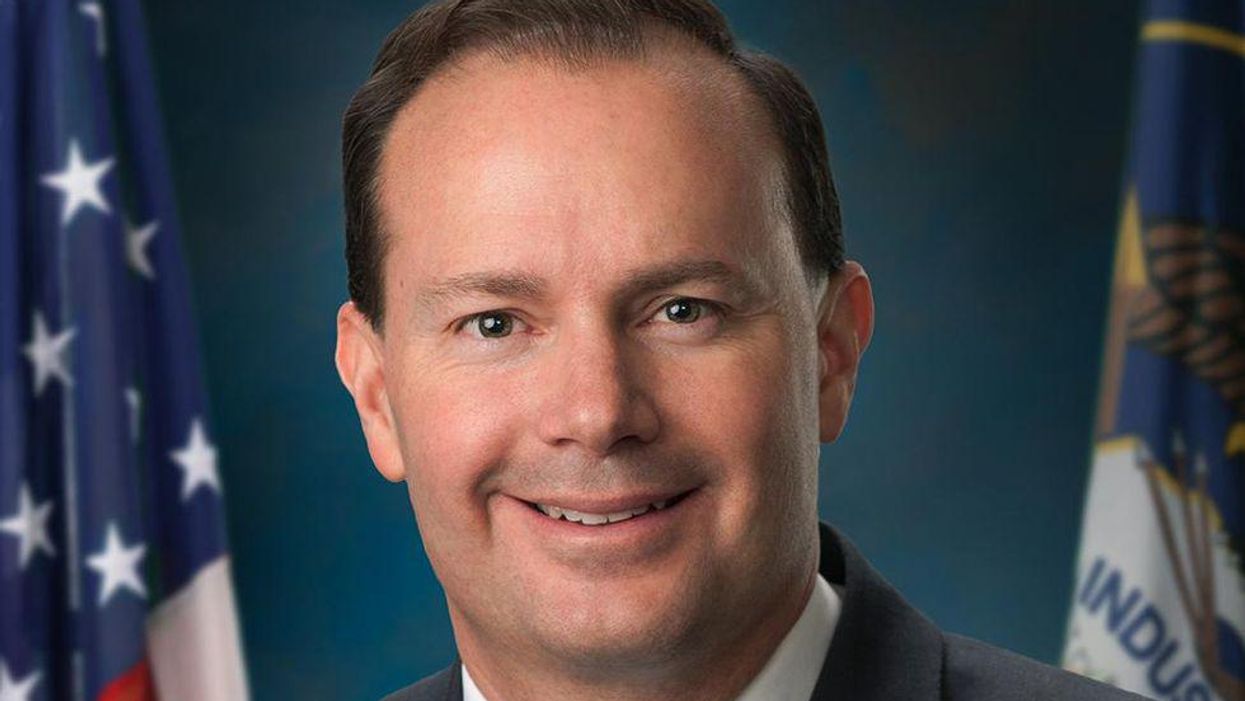 This is your regular reminder that the Republican Party does not exist.

Sure, they're still out there fielding candidates and ruining the country. But as a "party" with a platform and ideas? That train has left the station. Now they're just a projection screen erected by oligarchs to stoke rage and keep the hoi polloi roided out on memes as rural America is systematically strip mined and hollowed out.

So with that in mind, what are we mad about this week?

Yes, friends, insisting that people get inoculated against a highly contagious disease that has killed 700,000 Americans if they want to come into the office and breathe on their coworkers is cruel tyranny, and President Joe Biden is literally Hitler, or possibly Mussolini.

This aggression will not stand, man! No, not even if the GOP has to jettison every sacred principle they hold dear (don't laugh) and burn down the entire economy.

As multiple news outlets pointed out yesterday, four Republican-led states have enacted laws giving unemployment insurance to workers who are either fired for refusing to get vaccinated, or are offered a job that requires them to be vaccinated and they are not hired because they have refused to do so. In Tennessee, Iowa, Florida, and Kansas, the government will just pay you sit home on your rear if you don't feel like getting a shot. Three of those states — the ones with Republican parties who managed not to Kris Kobach themselves into a Democratic governor — opted to end federal unemployment insurance early, the better to force those lazy poors back into low-wage menial jobs. For what is society without the imminent threat of starvation to keep the lower classes pliant, right?

All able-bodied persons must work, insists the GOP. Except those who are too selfish to get a vaccine because they've been mainlining 4chan and their brains have turned to spaghetti. They deserve welfare.

Meanwhile, the GOP wingnut faction is plotting to engineer a government shutdown this weekend over the Biden administration's vaccine mandate for businesses. Led by Utah Senator Mike Lee, this brain trust will block unanimous consent for a continuing budget resolution to keep the government open unless they get a provision in there that blocks funds to enforce the vaccine mandate.

“I’m sure we would all like to simplify the process for resolving the CR, but I can’t facilitate that without addressing the vaccine mandates,” Lee told Politico Playbook yesterday. “Given that federal courts across the country have raised serious issues with these mandates, it’s not unreasonable for my Democratic colleagues to delay enforcement of the mandates for at least the length of the continuing resolution.”

It's not clear how much support Lee has for a maneuver which would provoke a government shutdown when Uncle Sam technically runs out of cash on Friday. (That's tomorrow!) But if Mike Lee wants to fuck this up all on his own, he can do it, since it requires unanimous consent of the Senate to move this forward expeditiously and get the vote done tomorrow.

It doesn't take a string theorist to work out that Lee and whichever cretins go along with him wouldn't succeed in getting their provisions in the bill — it would just get slowed down and cause massive disruption. But that's the thing about terrorists, sometimes they just like to blow shit up.

But God forbid the we end the filibuster and pass some damn laws, right?