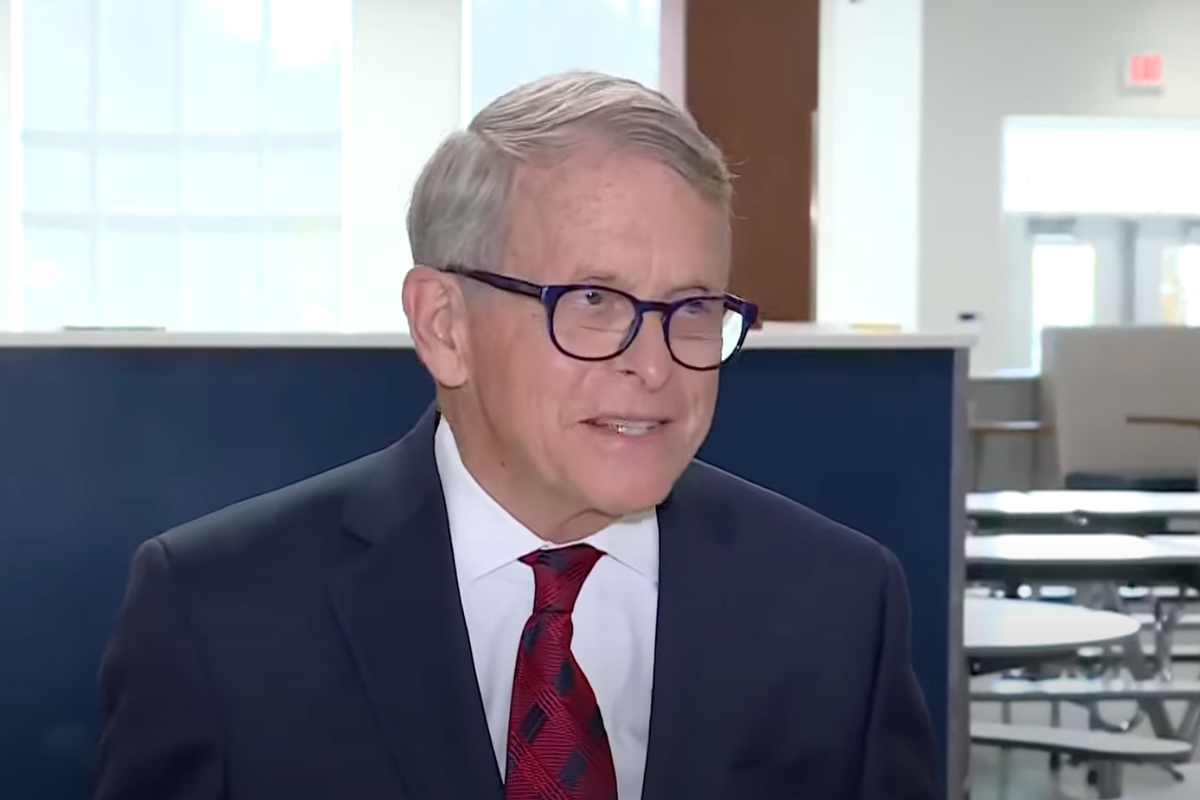 Republicans are reportedly in good shape to regain the House majority in 2022. Politico says this looming red wave is a “combination of aggressive redistricting, strong fundraising and a favorable political environment." The first one is more aptly described as “cheating," as Republicans like to guarantee favorable environments where even when Democrats win the US House vote, like in 2020, they still lose seats.

North Carolina is one of the worst examples. Barack Obama carried the state in 2008, and Democrat Roy Cooper won the governor's race in 2016 and 2020. Joe Biden lost to Donald Trump by a little more than a percentage point. However, the GOP's newly drawn map gives Republicans the advantage in nine out of 14 congressional districts. That leaves three majority Democratic districts and just two “competitive" districts. Viva democracy!

Cooper can't veto the map once it's passed, so now it's up to the courts. What's especially absurd is that Republicans claim it's a "race-blind" map, so they aren't accused of violating the Voting Rights Act. Allison Riggs, the Southern Coalition for Social Justice co-executive director and chief counsel for voting rights, scoffed at this assertion: "State law requires that lawmakers first draw districts that comply with the VRA (Voting Rights Act), and they simply can't do that without considering race."

It's not a secret that the majority of white voters supports Republicans and the majority of Black voters supports Democrats. The party split was once more overtly class-based, but after the 1964 Civil Rights Act, race started to become a fairly easy predictor of party allegiance. In 2020, Biden narrowly won white voters with a college degree while Trump overwhelming won non-college-educated white voters. Meanwhile, Black college and non-college voters both supported Biden at the same level. We didn't need an advanced degree in “Hey, That Guy's Racist And Fucking Up The Entire Response To COVID!" to oppose Trump.

The John Roberts Supreme Court gutted the VRA in 2013 and absurdly ruled in a 2018 Texas redistricting case that a state's record of racial discrimination in redistricting — usually a major factor in such cases — couldn't "override the assumption that lawmakers were acting in good faith, even when they drew districts that clearly locked in their own power." The Supreme Court has granted Republicans plausible deniability of racist intent in their suppression efforts. "We're not racist, we just play to win," they could argue, and only five Supreme Court justices would have to buy that bullshit.

Ohio's redistricting maps are so jacked up CNN's John Avlon called them “an insult to democracy." Republican state lawmakers approved a bill earlier this week that favors Republicans to win 12 out of Ohio's 15 congressional districts. That leaves just two “safe" Democratic districts, with one projected as a toss-up. Sure, Ohio might send gross religious bigot Josh Mandel to the Senate, but the state's not as solidly red as this new map indicates. Republicans want to give themselves 86 percent of congressional seats in a state Trump won with just 53 percent.

Republicans pull off this electoral theft by diluting the impact of Black voters. In 2018, 75 percent Ohioans supported a constitutional amendment that would supposedly end such blatant partisan gerrymandering. Cincinnati, where half the population is Black, would remain whole, and Black residents might have representatives who share their values, rather than a white conservative from some distant area tacked onto their district. However, evil always finds a way.

So as Republicans approved a map this week, they split Black voters another way: keeping all of Cincinnati together but combining it with distant, conservative White areas, and divvying up the remaining and diverse parts of Hamilton County between two other seats. The result: three districts in which Black Democratic voters are offset by White Republicans. Only one will probably be competitive.

When he was running for governor in 2018 — a Democratic wave election -- Republican Mike DeWine told the Cincinnati Enquirer, "The rules are pretty clear -- the voters said that the redistricting process should be done in a bipartisan way and when I am governor there will be an expectation that the new district maps honor the voters' wishes."

But it's now 2021 and DeWine signed the rigged maps without hesitation. He claimed the new maps actually offer more competitive districts because we guess words don't mean anything anymore. Democratic elections lawyer Marc Elias responded simply Saturday that “Ohio will be sued."

Republicans are stealing elections right in front of us before a single vote's been cast.