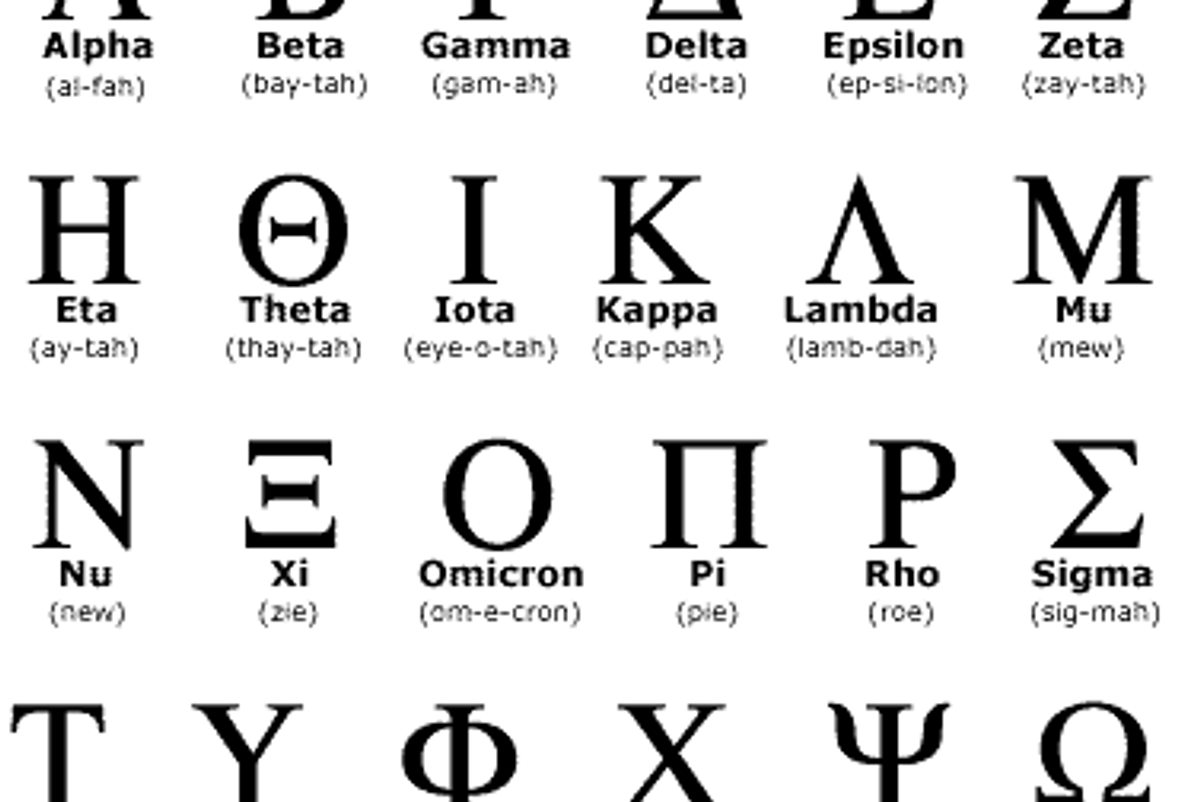 One of the main things that make conspiracies "work" for those who believe them is a fervent belief that everything those who are conspiring against them in whatever capacity do is symbolism. That way, everything those people so or say is "proof" of whatever evil think you think they are doing. In fact, almost no conspiracies make sense unless you think that "they" are literally sitting around all day Herman Melville-ing it up in hopes of making the sheeple look foolish. One of the big Q sayings, even, is "Their need for symbolism will be their downfall."

The idea is that the whole evil cabal either gets together at Bohemian Grove and decides "OK! So here's what we're gonna do — we're gonna wear red shoes to symbolize our love of eating babies in Satanic rituals and then laugh and laugh and laugh about how we are rubbing our love of eating babies in everyone's face and they don't even know it! Because that is a good time for adults." It's like a never-ending game of updog.

Sometimes they don't even need to go to Bohemian Grove or the Denver Airport, because they can just hep the fellow cabal members to what is going on by posting pictures of their dogs on Twitter.

Now that the latest COVID variant has dropped, all of the aspiring Robert Langdons out there cannot believe how blatant the cabal is getting ... by calling it the Omicron variant. And why are they doing this? Because omicron is an anagram for moronic and literally no other reason. They just want to laugh at the idiots going along believing that this is a real pandemic that is happening, just because people keep dying of an easily transmissible virus.

Probably they are just standing around doing this all day, every day. Just laughing and being evil for no reason.

But not everyone fell for their evil wordplay tricks. 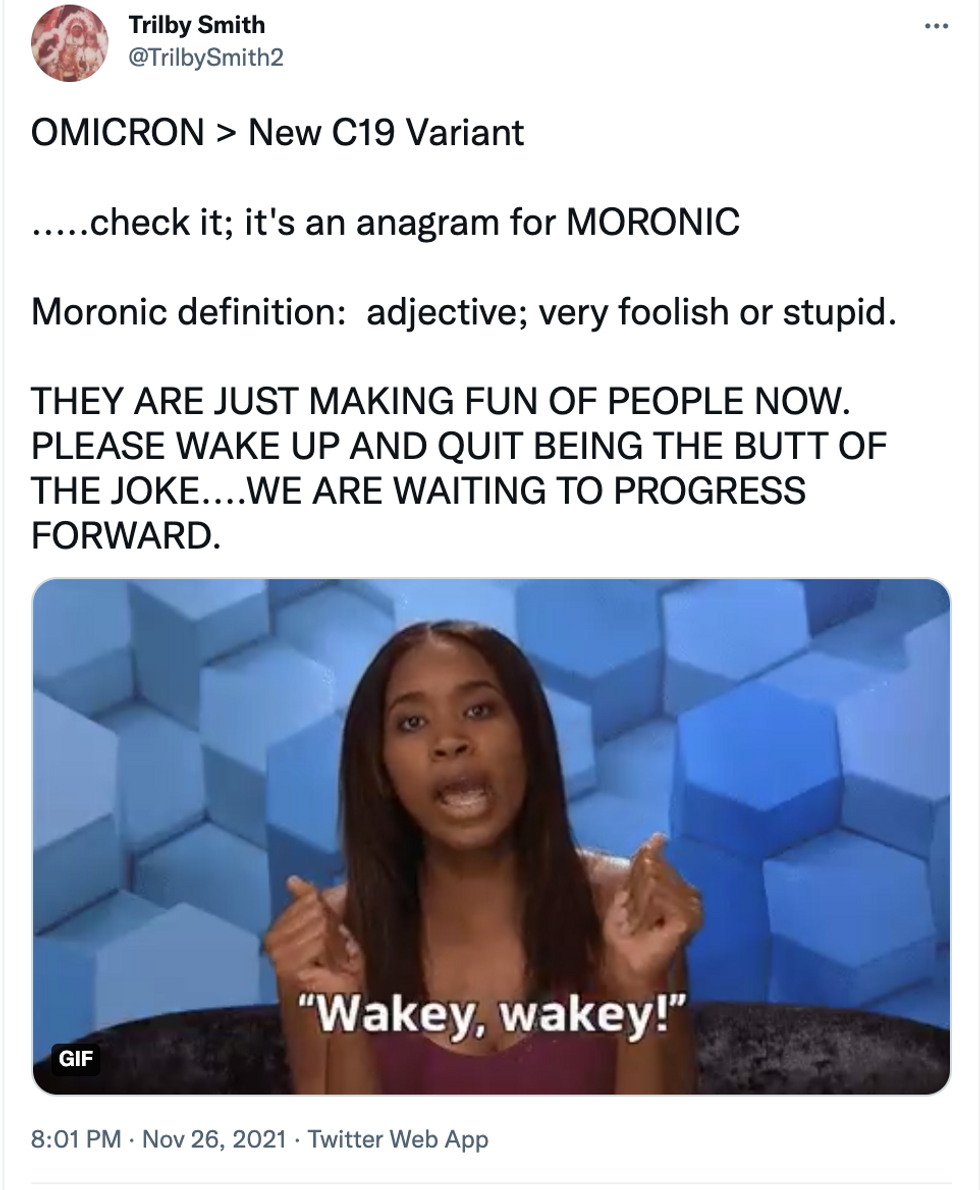 This one is my favorite, as it gets real deep, noting that the Omicron variant dropped 666 days after the WHO declared COVID-19 a global threat. 666 being Satan's favorite number and all. 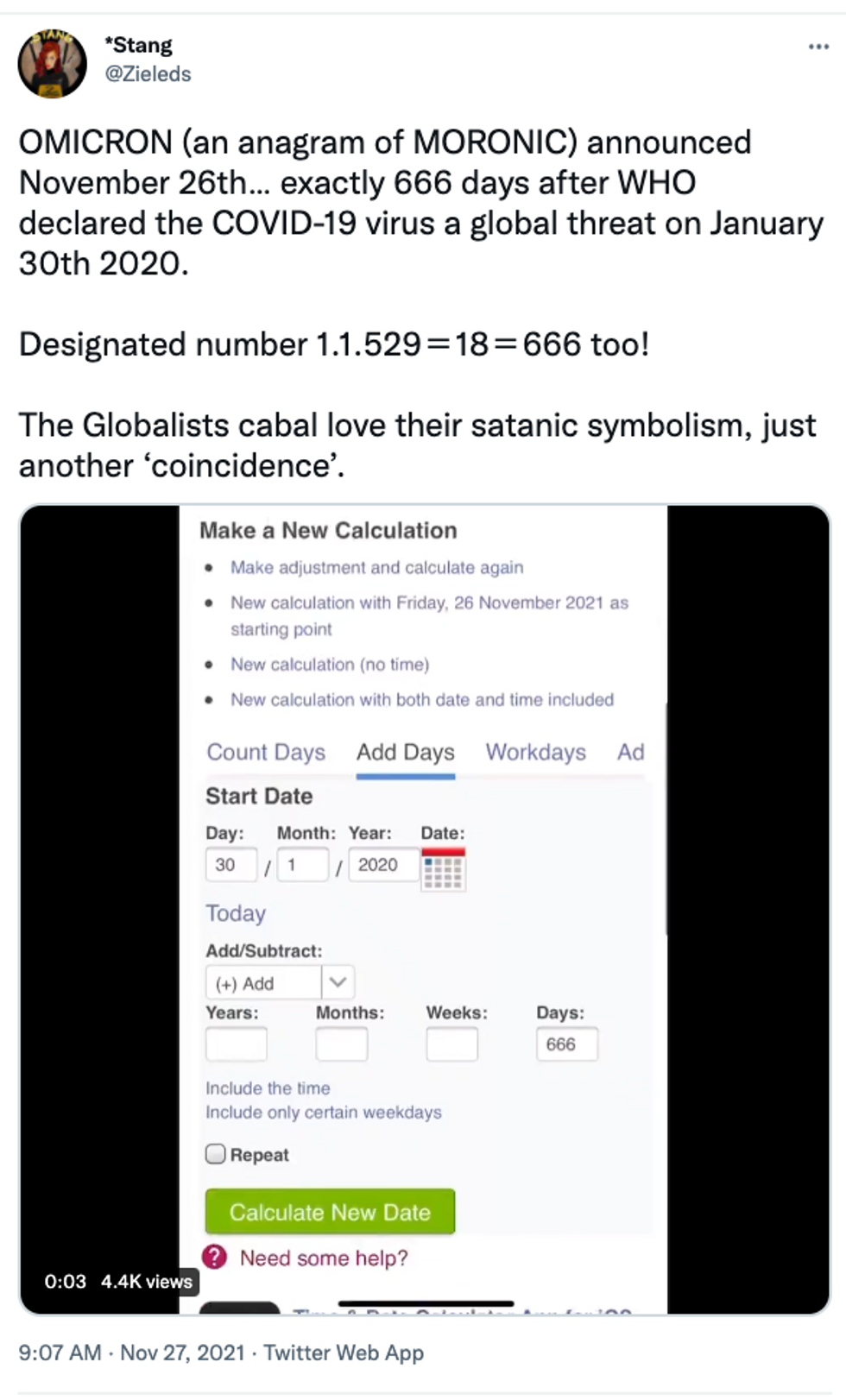 That's not exactly true. COVID-19 was actually declared a pandemic on March 11, 2020, but whatever that number is is probably not good for symbolism purposes. And you know how we Satanists love our symbolism, a thing we have totally done a lot of since we bullshitted our way through our 12th grade AP English paper on Ophelia's flower speech.

It's also not exactly true that the evil cabal chose Omicron because it is an anagram for "moronic" so much as it is the Greek letter "O," and all of the variants have been Greek letters. The WHO skipped over Nu because it sounds like New and skipped over Xi to avoid confusion with the Chinese leader Xi Jinping. Also perhaps to avoid people accusing Kamala Harris or whomever of pronouncing it "the COVID" in a French accent in order to sound fancy.

Of course, it is entirely possible that the Ancient Greeks were up to some shit in calling the letter O omicron, in anticipation of Henry H. Goddard coining the word "moron" in 1910 and also in anticipation of a fake pandemic naming variants of the fake virus after letters in the Greek alphabet, because they too wanted to troll people three thousand years in the future. It does make a certain amount of sense.

Anyway! This is your open thread for the day! Hope you all had a lovely Thanksgiving. Allow me to leave you with some quality Sondheim, performed by some amazing ladies and also Niles from Frasier. RIP.