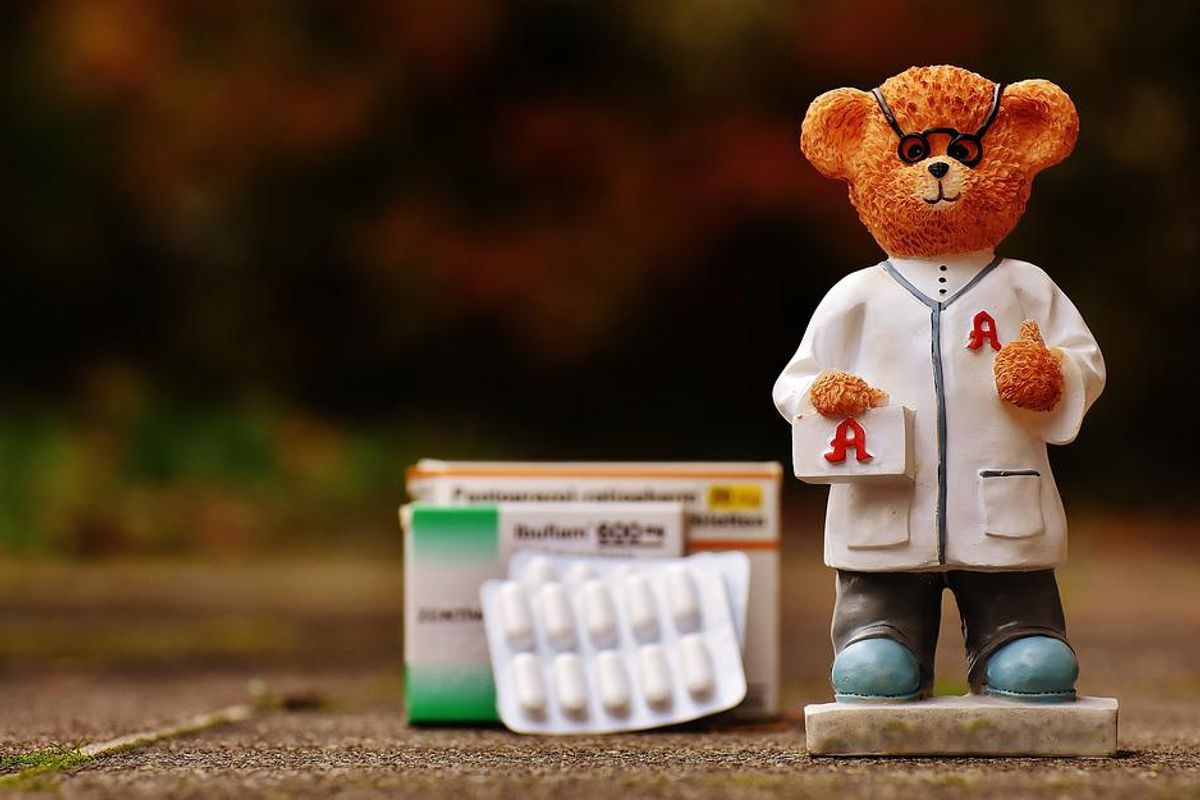 Dr. Simone Gold, of America's Frontline Doctors Who Should Really Have Their Medical Licenses Revoked, is just outraged. For the first time in her whole entire life, she is hearing about pharmacists refusing to fill prescriptions! Not ever! Not even once!

"NEVER before have Pharmacists violated the patient-doctor relationship or refused to fill legitimate prescriptions," she tweeted. "It's one of many scandals in this health crisis. Those who violate their oaths will soon be exposed."

NEVER before have Pharmacists violated the patient-doctor relationship or refused to fill legitimate prescriptions. It's one of many scandals in this health crisis. Those who violate their oaths will soon be exposed.

The retweets and replies are full of equally outraged wingnuts who have also never, ever, ever heard of this happening, and who are very sad about pharmacies — CVS pharmacy in particular — refusing to prescribe their Ivermectin. Many of them were also very excited at the idea of seeing them "exposed" for violating their oath.

As it turns out, there actually is an official Pharmacist's Oath, and you will be shocked to discover that nowhere does it say that they are legally bound to fill every prescription no matter what.

I promise to devote myself to a lifetime of service to others through the profession of pharmacy. In fulfilling this vow:
I will consider the welfare of humanity and relief of suffering my primary concerns.
I will apply my knowledge, experience, and skills to the best of my ability to assure optimal outcomes for my patients.
I will respect and protect all personal and health information entrusted to me.
I will accept the lifelong obligation to improve my professional knowledge and competence.
I will hold myself and my colleagues to the highest principles of our profession's moral, ethical and legal conduct.
I will embrace and advocate changes that improve patient care.
I will utilize my knowledge, skills, experiences, and values to prepare the next generation of pharmacists.

I take these vows voluntarily with the full realization of the responsibility with which I am entrusted by the public.

Now, there are actually lots of instances in which a pharmacist can refuse to fill a certain prescription — often if they know the patient is allergic, that there will be a bad interaction with another drug they are taking, or if the prescribing doctor is currently under investigation for overprescribing painkillers or something similar. That's sort of the point of having a pharmacist, a person with an actual doctorate, fill prescriptions.

The DEA also holds pharmacists responsible for prescriptions they fill, to a degree.

In this particular case, the pharmacy boards of several states have deemed prescribing or filling prescriptions for off-label use of Ivermectin to be a violation of professional conduct. Thus, it is highly unlikely that the pharmacists refusing to fill those prescriptions are going to be held responsible for anything (although depending on the state, those who do fill them might be).

The really insulting thing here, however, is seeing a bunch of Republicans act shocked and outraged over pharmacists refusing to fill their Ivermectin prescriptions, claiming this is the very first time they've ever heard of this happening. Mainly because they've spent the last 20 years trying to make it legal everywhere for pharmacists to refuse to provide birth control, Plan B, the abortion pill, etc., or to provide hormone-related prescriptions to trans people.

They have implemented so-called "conscience clauses" in several states that actually do allow them to do just that — Arizona, Arkansas, Georgia, Idaho, Mississippi, and South Dakota.

"True! We are in the reddest county of the reddest State, and not one pharmacy in town will fill the doctor's prescription for HYD [presumably hydroxychloroquine] or IVM for Covid use." tweeted someone calling themselves "Granny Bee." They said the directive is from corporate, and they'll be shut down."

True! We are in the reddest county of the reddest State, and not one pharmacy in town will fill the doctor's prescription for HYD or IVM for Covid use. They said the directive is from corporate, and they'll be shut down.https://twitter.com/drsimonegold/status/1458826192149262337\u00a0\u2026

While it's not clear what very red county in what very red state Granny Bee lives in, if it's as red as she says, either they already have a "conscience clause" law or have at least proposed one. Surely she is just as mad about that as she is about this.

Personally, I hope that some pharmacist in one of those states actually does claim that providing conspiracy-based prescriptions is a violation of their moral conscience (which seems fair) — then maybe we can be rid of some of those terrible laws.