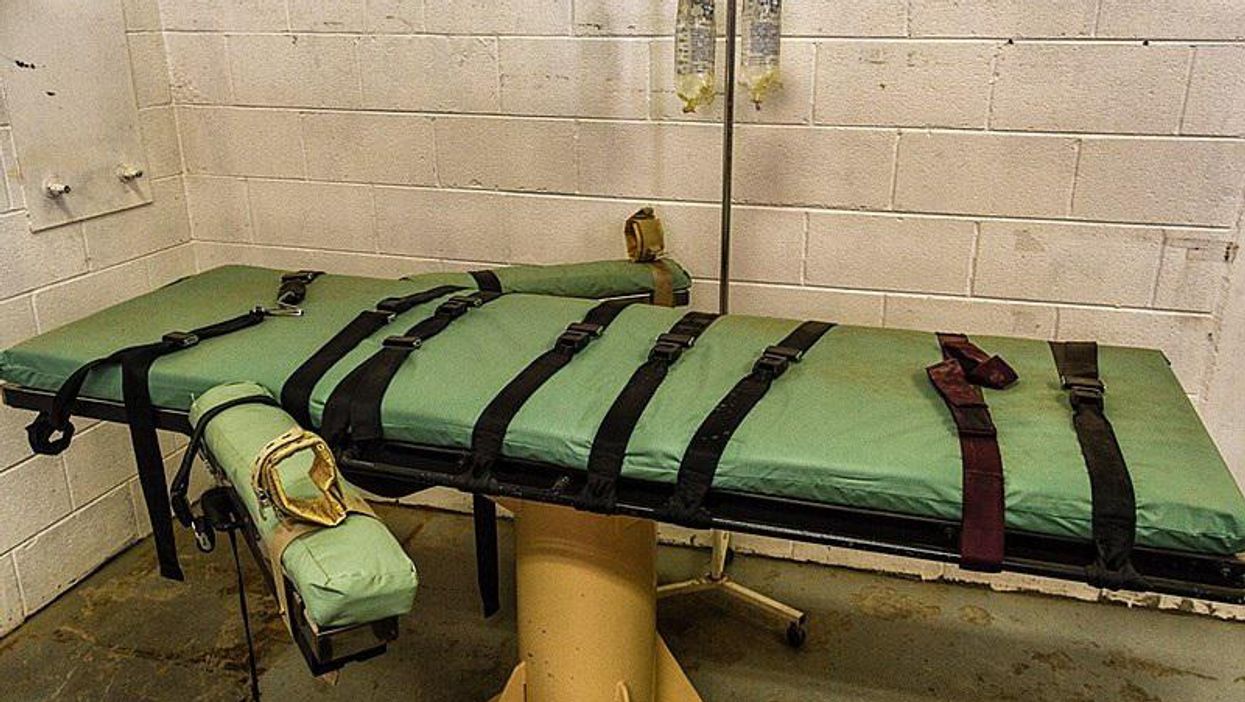 The US of A seems to be losing its fondness for tinkering with the machinery of death, maybe, according to a new report from the Death Penalty Information Center. In 2021, only 11 prisoners were put to death in the country, and perhaps even more significant, only 18 were sentenced to death, tying last year for the lowest number of death sentences in modern history.

The Washington Post helpfully leads off its story with a contrast to our deathiest year since the Supreme Court restored capital punishment back in 1976, noting that in 1999, there were 98 prisoners put to death, and another 279 people sentenced to die. So yes, things are definitely different now. In March, Virginia became the 23rd state to ban capital punishment.

This is good news, except for folks who think the state should kill people to show that killing people is wrong, to coin a bumper sticker.

As the Post points out, there's been a measurable reduction in support for the death penalty:

A Gallup poll from earlier this year found public support for the death penalty at a 50-year low. Although 80 percent of those surveyed in 1994 supported capital punishment, this year only 54 percent said they were “in favor of the death penalty for a person convicted of murder.”

Robert Dunham, executive director of the Death Penalty Information Center, said there's been a true "paradigm shift" in opinion about the carceral state in general as well as a "growing awareness about flaws with the death penalty, in particular,” citing increasing awareness of wrongful convictions, racial disparities in who gets put to death in this country, distrust of police, and the high costs of the nearly endless appeals process. To that, we'd also add that we assume there's less tolerance for the string of horribly botched executions in which lethal injections weren't at all quick, and almost certainly not painless.

But mostly, Americans finally seem to have been convinced that the system is too capricious, too likely to result in putting innocent people to death, no matter how many times some talking head on cable news scoffs "the prisons are full of people who say they're innocent."

New research by the center found that 186 prisoners since 1973 have been exonerated after being sentenced to die. “We now know for every 8.3 executions, there’s an exoneration,” Dunham said. “That’s an appalling failure rate. If we read that about any other public policy, it would not be tolerated.”

Dunham added: “It is now unquestionably true that people who were innocent have been executed, and their innocence has never been discovered.”

Dunham noted that a mere 1.2 percent of counties in the USA account for over half the country's death row population, although those few counties definitely don't have disproportionately high murder rates,

In fact, just four counties in Texas and one county in Oklahoma have "accounted for 20 percent of all executions since 1976." Get ready for Greg Abbott to go on Fox News to call on the rest of the country to step up its game and kill more people.

And then there's this geographical death note: "There were no executions west of Texas for a seventh straight year."

Dunham noted that one reason states are reconsidering capital punishment is that victims' families are saying they don't want to go through the added trauma of the appeals process, which requires them to keep coming back to court.

In Virginia, the daughter of a slain sheriff’s deputy told lawmakers that family members are retraumatized by the appeals process and do not experience solace when an execution takes place, as it did for the killer of Cpl. Eric Sutphin.

Utah, which resumed executions in 1977 by sending Gary Gilmore to die by firing squad (Gilmore's preference over hanging, which was still legal at the time), may be the next state to get rid of the death penalty. It will consider a bipartisan bill to abolish the practice in the upcoming 2022 legislative session.

Oh yes, and the disgusting racial disparities in who gets sentenced to death and executed remain:

Fortunately, to help offset such ugly facts, teachers in several states might get fired if they suggest this might have something to do with systemic racism. That's a comfort.

We also seem to be making sure we kill people who are the least able to understand what we're doing to them:

Intellectual impairment was also an issue. The center found that of the 11 people executed in 2021, 10 of them had one or more significant impairments, including mental illness, brain injury, intellectual disability or chronic serious childhood trauma.

A Fox News "expert" will no doubt be along shortly to explain that this just proves too many people are allowed to lie about mental illness.

Still, let's focus on the positive developments here: America may finally be on the path to joining the civilized world in ending capital punishment, even if some parts of the country have to be dragged into the late 20th century kicking and screaming.

Yr Wonkette is funded entirely by reader donations. If you can, please give $5 or $10 a month so we can keep bringing you the nice-ish times. And to help Dok get the memory of Norman Mailer's The Executioner's Song out of his head.