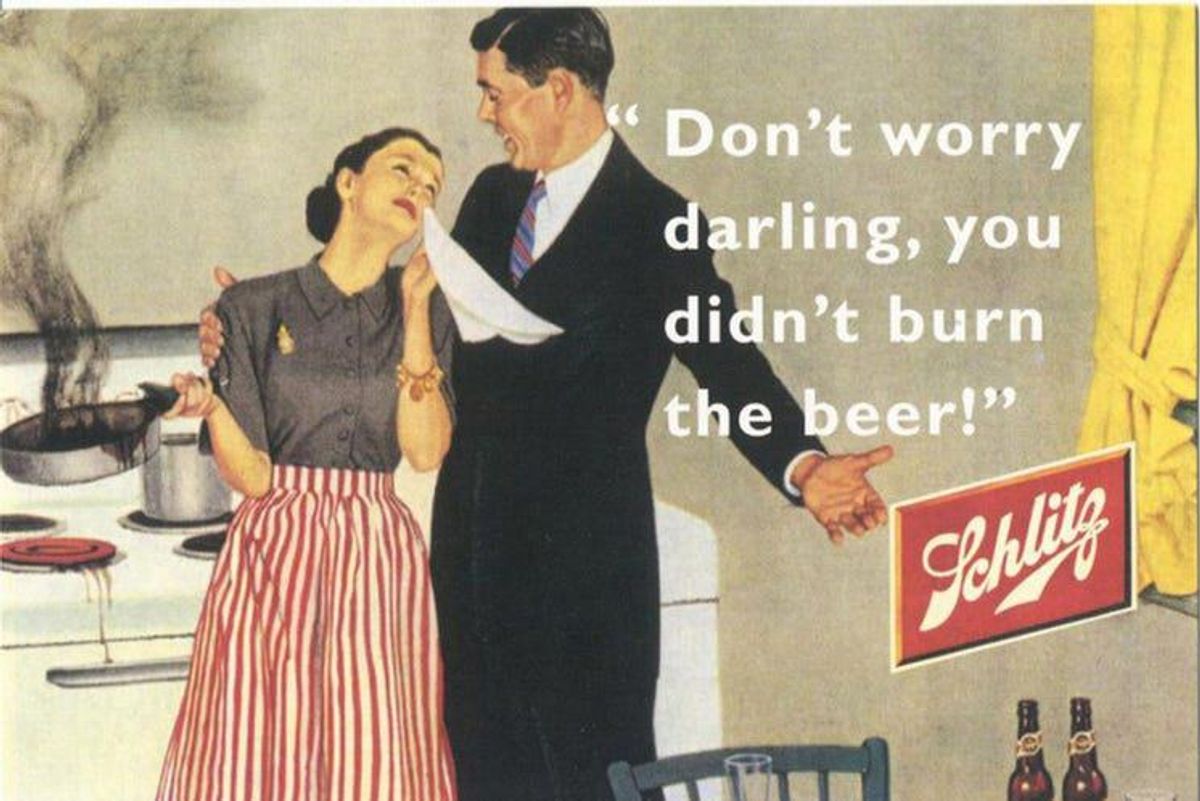 And yet, Ben Mitchell of the Evening Standard seems very concerned about a recent study showing that — wait for it — brands may face repercussions if they put out advertisements that insult people. Repercussions like those people and the people who care about them not buying their product. In an article ominously titled "Brands must adapt to ‘serious threat’ of being called out by ‘woke’ generation," Mitchell uses the commonsense research of University of Portsmouth lecturer Karen Middleton, picking out the quotes from her study most likely to enrage readers of the Evening Standard who believe that woke young people are straight up terrorizing the world by ... not just brushing it off when people or companies insult them or others on the basis of their gender, sexual orientation, or ethnicity.

Major brands risk losing wealth and power if they rely on old-fashioned ideas in their advertising, thanks to the “woke” generation calling them out, according to new research.

The study, led by Karen Middleton, senior lecturer in marketing at the University of Portsmouth found that consumer activism against perceived “dangerous” portrayals of women and other demographic groups poses a “growing and serious threat” to brands.

Some consumers called it sexist and damaging, while others defended it as “just a bit of fun”.

The researchers said that, in the wake of the #MeToo movement, brands risk losing market share if they brush off “socially aware” objections.

Oh no, the advertisers were just trying to have a "bit of fun" and then a group of evil harpies had to go and ... not like the ad they did. The horror, really.

“They are increasingly up against a force of social activism which relies on well-argued rhetoric to call out anything seen as damaging to another group in society.

“Our study examined people’s reactions to an advertisement by a global brand portraying a woman in a sexist way, but the same social activism could and often is rallied when advertisements use outdated tropes which are damaging to any vulnerable group, not just women.”

She described “woke” as social activism on a grand scale and added that brands have no alternative to taking into consideration the impact of social media responses to advertising campaigns.

Things are categorically different in some ways than they were in the past, when feminist and anti-racist criticism of the advertising industry were largely regulated to smaller circles and not massive Twitter audiences. What's not a new thing, however, is advertisers having to consider what people will think of their ads, because that is literally what marketing is. Maybe they have to think of things in a slightly different way now and add more diversity to their focus groups, but writ large, it's not a new thing for anyone in that industry to have to consider.

I really don't think the issue is that "advertisers" and "brands" and "men" are truly having trouble figuring out that people don't like it when they feel someone or something insults or degrades them. Ultimately, this is about a loss of power. Being able to make fun of people or otherwise be shitty to them without facing consequences for that behavior is a demonstration of power.

Or anyway it was.