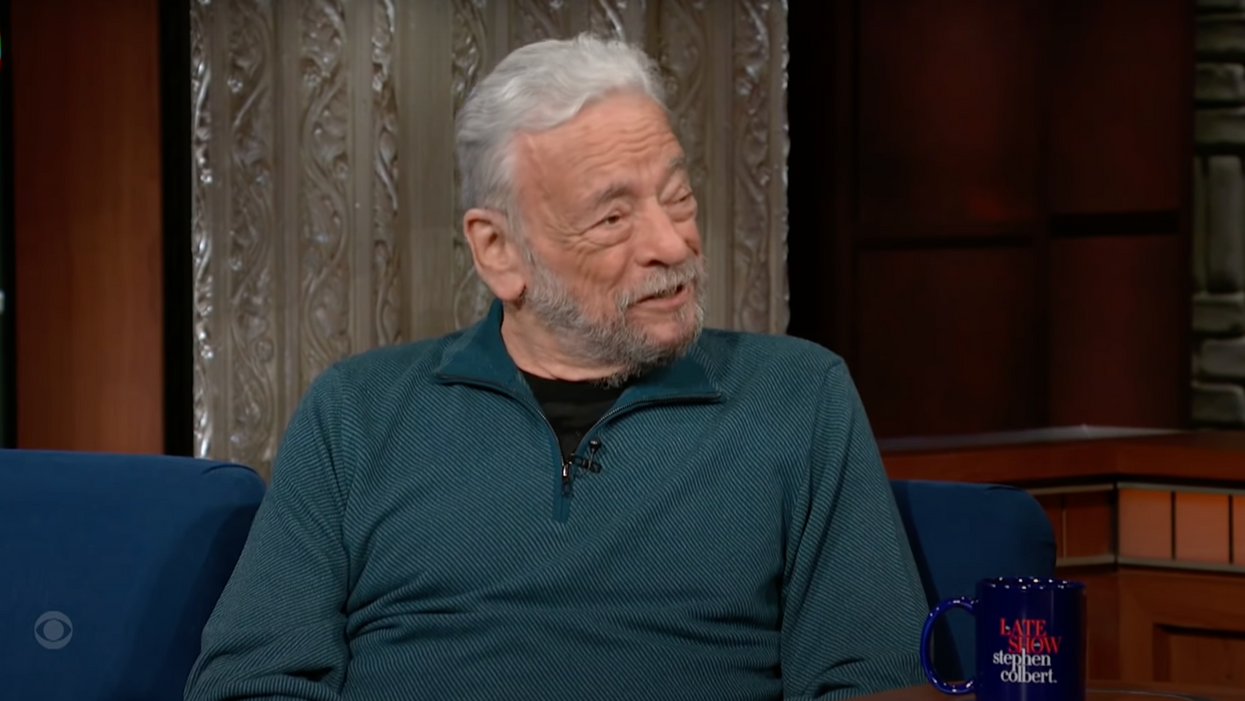 Stephen Sondheim died Sunday. Describing him as a “composer," “lyricist" or even an “American musical theatre legend" feels too limiting, like calling Shakespeare a guy who wrote plays, and Sondheim is very much the 20th Century Shakespeare, a visionary who revolutionized an art form. This would've been true if Sondheim had died from his heart attack at 49, but he lived to 91 and was only more innovative in his later years.

I'm neither qualified nor emotionally ready to articulate Sondheim's place in history. I can only discuss what he means to me, if you'll forgive the indulgence.

I clearly recall the first time I heard a Sondheim song. Yes, this makes me incredibly middle-aged, but I watched the first-ever broadcast of the Fox network on April 5, 1987. There were two airings that night of the pilots for "Married ... with Children" and "The Tracey Ullman Show." During the first Ullman sketch, “The Makeover," she sings Sondheim's “I Feel Pretty" in front of a mirror. (Music by Leonard Bernstein.)

Thirteen-year-old me hadn't yet seen the musical West Side Story. For all I knew, this song was written for "The Tracey Ullman Show." The lyrics were clever — “And so pretty, Miss America should just resign." — and infectious but not empty confection. There was heart: “See the pretty girl in that mirror there! What mirror where?"

This was how I “met" Stephen Sondheim. The same year, he was bringing Into The Woods to Broadway. That show is witty and fantastic, a personal inspiration, but I wouldn't see it until years later. No, I didn't really know and appreciate the name Sondheim until May 1990 when Madonna released her concept album I'm Breathless. The album's big hit is “Vogue," which is amazing but doesn't actually fit on the album. The “concept" is that the songs are all performed by Breathless Mahoney, Madonna's character (more or less) from the Dick Tracy movie. It was a big deal that Sondheim wrote three songs for a Madonna album and comic-book movie — “Sooner Or Later," “More," and “What Can You Lose."

Madonna was reportedly uncertain that she could pull off the jazzy torch song. Sondheim also had his concerns but he encouraged her and the result isn't simply a great song. It's Madonna's best performance. She is Breathless Mahoney. This isn't the same person who sang "Like a Prayer" a year earlier.

“Sooner Or Later" won an Oscar, but my personal favorite track from the album is “More." It's a fun number that also (spoiler alert) reinforces Breathless's true villainous nature. There's more of that classic Sondheim wordplay that has inspired my own desperate attempts to form sentences:

Here's actress Sami Staitman, when she was all of 16, performing “More" with just a piano accompaniment.

I'm Breathless is when I officially became a Stephen Sondheim fan. When people tried to spell my name “Steven" or pronounce it “SteFAN," I'd respond, “No, it's STEPHEN like Sondheim." This had remarkably little impact in Greenville, South Carolina.

Broadway felt like a world away at the time, so I'd listen to Sondheim's work alone in my room, imagining the performances in my mind. I personally consider Gypsy a deeper and more compelling deconstruction of "the American dream" than The Great Gatsby. Sondheim and F. Scott Fitzgerald were both 29 when they produced their classic work, but unlike Gatsby, Gypsy was an unqualified commercial and critical hit in its day. Sondheim also wouldn't climb into a bottle for the rest of the life.

I had the privilege to see the Patti LuPone production of Gypsy in 2008, and I noticed how two of my favorite songs — "All I Need Is The Girl" and “You Gotta Have A Gimmick" — advance the character of Louise, who doesn't sing a word in them. The former is a catchy pop number that Frank Sinatra covered in 1968, but Laura Benanti, who rightly won a Tony, masterfully conveys the song's true pathos. It's also a torch song, but Louise is the one carrying the torch.

There's nothing more I can really say other than urging you to listen to or watch West Side Story, Gypsy, Sweeney Todd, Company, Into The Woods, Sunday In The Park With George, A Little Night Music, Assassins, and A Funny Thing Happened On The Way To The Forum (yes, he wrote the music and lyrics for that comedy classic).

Sondheim had a tough childhood, but he didn't let this define him or his work, which was darker and more complex that what came before him but nonetheless uplifting. He believed in redemption and compassion. The world is nasty, brutish, and short but we can make it less so if we care for others lost in the same wood. No one is alone.

Perhaps this is why Sondheim is known for his generosity and kindness to other artists, including but not limited to Jonathan Larson and Lin-Manuel Miranda. In his 2011 memoir, Look I Made A Hat, Sondheim writes: "Of all the forms of contemporary pop music, rap is the closest to traditional musical theater (its roots are in vaudeville), both in its vamp-heavy rhythmic drive and in its verbal playfulness."

& last week, when I wrote him to say his ears must be burning from the countless Sondheim kindnesses being shared from the generations of writers he mentored, he wrote this in reply. \nSteve: you repaid your debt to Oscar 1000 times over. We love you. I love you. THANK YOU. -LMMpic.twitter.com/6aeHW4CWFH
— Lin-Manuel Miranda (@Lin-Manuel Miranda) 1637979299

Thumbing his nose at musical theatre snobs, he goes on to say:

I would have expected more songwriters to pick up on it, including myself. But not until rap became omnipresently popular did I try to make it work: I imitated it in a passage for the Witch to sing during the opening number of Into the Woods. But I was never able to find another appropriate use for the technique, or perhaps I didn't have the imagination to

[Lin-Manuel] Miranda does. Rap is a natural language for him and he is a master of the form, but enough of a traditionalist to know the way he can utilize its theatrical potential: he is already experimenting with it in a piece about Alexander Hamilton.

It's now your Open Thread.