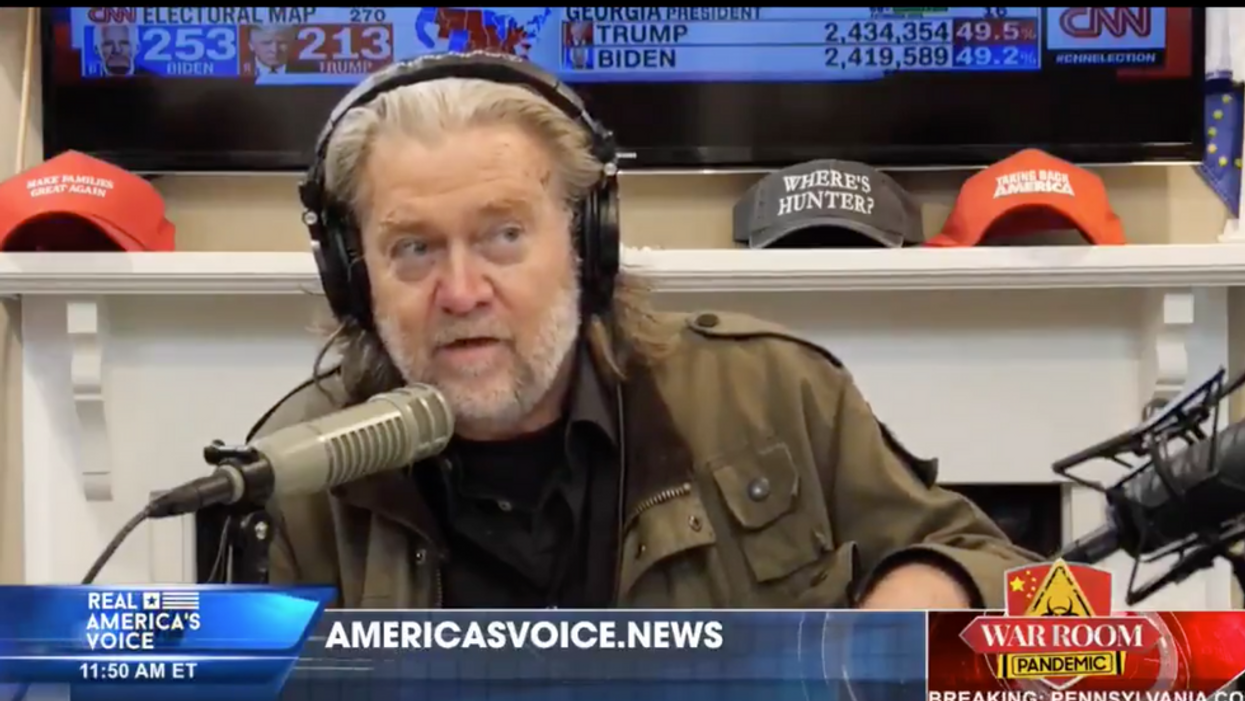 Steve Bannon has entered the AND FIND OUT phase.

Yesterday a grand jury in DC indicted the former Trump campaign manager on two counts of contempt of Congress: one for failure to show up and testify, and one for refusing to turn over subpoenaed documents. Each charge is subject to a maximum one-year prison sentence and a $100,000 fine. And it couldn't have happened to a more deserving guy.

A whole lot of Trumplanders got subpoenaed by the House January 6 Select Committee, but none has given such an energetic "fuck you" to Congress as Ol' Three Shirts. Mark Meadows came close, since he also refused to show up or turn over any subpoenaed documents. But his claim to executive privilege, at least as it pertains to his White House communications, is basically in the neighborhood of colorable. Bannon hasn't been a government employee since 2017, so his claim of executive privilege covering his communications with Trump, much less his activities leading up to the January 6 Insurrection, was aggressively ridiculous.

And yet he refused to engage with the Committee at all, other than to accept the subpoena and have his attorney Robert Costello send a couple of letters claiming that his client's hands are tied because the former president has invoked privilege.

"It is therefore clear to us that since the executive privilege belongs to President Trump, and he has, through his counsel, asserted those executive privileges enumerated above, we must accept his direction and honor his invocation of executive privilege," Costello wrote on October 7, the day before subpoenaed documents were due. "As such, until these issues are resolved, we are unable to respond to your request for documents and testimony."

On October 13, the eve of Bannon's scheduled testimony, Costello chided Committee Chair Bennie Thompson, telling him that "your use of the word 'defiance' is inappropriate" and reiterating that his client wouldn't even show up to invoke privilege without a court order.

As the DOJ wrote in the indictment:

Jeffrey Clark, the former DOJ attorney of Keystone Coup fame, has terrible judgment, and that guy knew he had to show up and say he wasn't going to answer questions because of executive privilege. Bannon didn't show, and he didn't even pretend to produce the subpoenaed documents that had nothing to do with the White House at all, such as transcripts of his own podcast where he exhorted listeners to come to DC on January 6. He all but dared the Justice Department to indict him pursuant to the Committee's referral for contempt of Congress, and now he's got his wish.

The case has been assigned to US District Judge Carl John Nichols, and Reuters reports that Bannon will be expected to "self-surrender" on Monday to be arraigned in DC. It's not Bannon's first rodeo, although this time he'll be spared the ignominy of being arrested by the mailman. And unlike last time, there's no one in the White House to bail him out with a well-timed pardon.

As for the Select Committee, they're only delighted to see Bannon's head on a pike as a warning to the others.

"Steve Bannon's indictment should send a clear message to anyone who thinks they can ignore the Select Committee or try to stonewall our investigation: no one is above the law," Thompson and Vice Chair Liz Cheney wrote moments after the indictment dropped. "We will not hesitate to use the tools at our disposal to get the information we need."

Hey, Mark Meadows! You up?