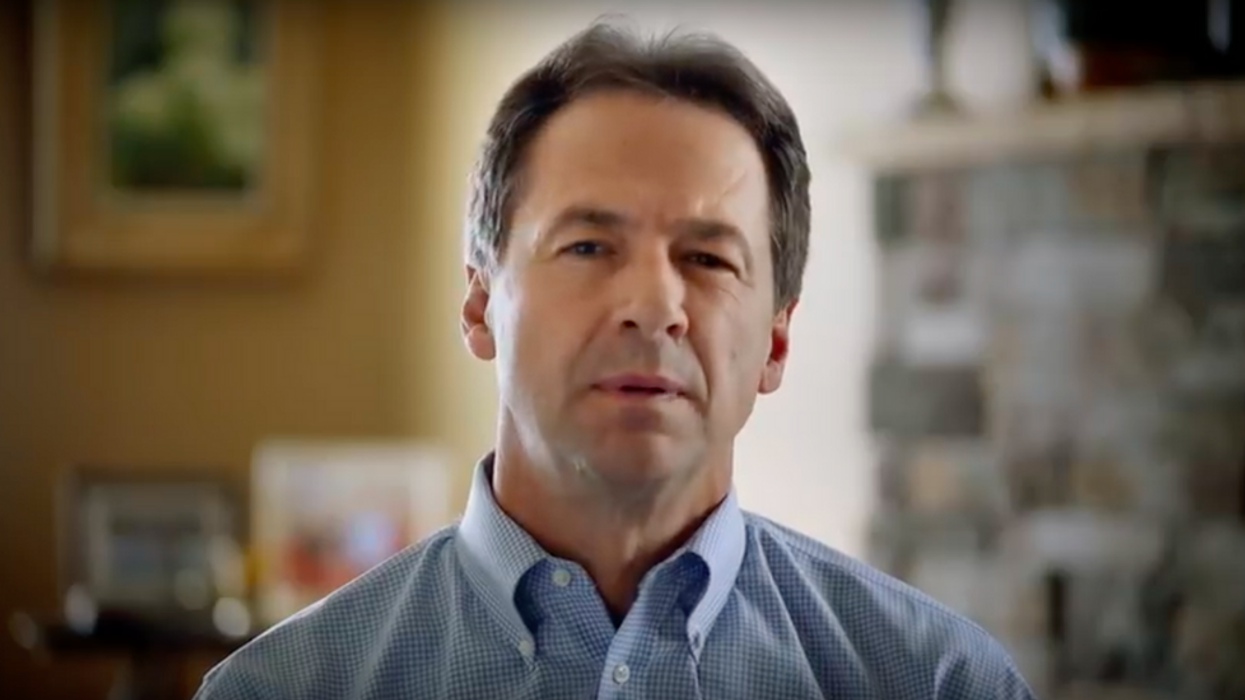 Democrat Steve Bullock, the former governor of Montana, has a prescription for Democrats’ electoral woes, and you know it’s great because conservatives such as Amanda Carpenter are retweeting his words. (By “great,” we mean useless.)

People always talk about how Democrats are condescending to white rural voters, but white rural voters are also condescending as hell to everyone else. \n\nI'm happy to engage them but I'm getting pretty sick of being told we need to put them on a pedestal.https://twitter.com/amandacarpenter/status/1467105852867981323\u00a0\u2026
— What Biden Has Done (@What Biden Has Done) 1638667166

Bullock was a decent governor who failed to generate much interest when he ran for president last year, then lost his 2020 Senate race to incumbent Republican Steve Daines like any common coastal elite. But here’s some of his savvy political advice that he published in the New York Times (i.e. The Rural Working Man Gazette). The op-ed is titled "I Was the Governor of Montana. My Fellow Democrats, You Need To Get Out of the City More.” Obvious dogwhistles aside about how cities -- where a significant number of Americans live! -- are somehow not “real America,” Democrats are constantly visiting rural America. They aren’t characters from a Woody Allen movie.

The core problem is a familiar one — Democrats are out of touch with the needs of the ordinary voter.

Since 1992, Democrats have won the national popular vote in every presidential election except for one (2004). Republicans aren’t exactly kicking Democrats’ asses at the ballot in local races either. They are reaping the benefits from aggressive, anti-democratic gerrymandering.

Hillary Clinton won voters with incomes less than $50,000, as did Joe Biden by double digits. Conflating “ordinary voters” with rural white voters is gross and racist, and Democrats should leave that to Republicans, who are the experts at gross racism.

Bullock argues that rural voters are disappointed in Democrats and don’t think the party can help them because of the internal squabbling over the infrastructure bills. However, the bipartisan bill passed and Build Back Better isn’t far behind. Democrats also passed substantial COVID-19 relief. Democrats are getting results, and I’m not sure the “ordinary voter” cares about the drama along the way. Not everyone is a devoted follower of Kyrsten Sinema’s shenanigans.

To overcome these obstacles, Democrats need to show up, listen, and respect voters in rural America by finding common ground instead of talking down to them.

Eliminating student loans isn’t a top-of-mind matter for the two-thirds of Americans lacking a college degree.

More Americans might enroll in college if they didn’t assume they’d spend the rest of their lives in a figurative debtors’ prison. However, maybe Democrats should prioritize eliminating student loan debt because it’s a priority to the people who vote for them. This is how Republicans operate, passing broadly unpopular abortion bans and blocking gun safety legislation most Americans support. Republicans have had a base-specific strategy for decades now.

Being told that climate change is the most critical issue our nation faces rings hollow if you’re struggling to make it to the end of the month.

This is an absurd statement to make considering that two dozen homes and businesses burned to the ground in Denton, Montana, last week because a record December heat wave resulted in “unusual” prairie fires. This is climate change in action, and it’s impacting “ordinary voters” right now. Climate change isn’t an elitist consideration, like stoned philosophy majors debating whether life matters at all because the universe is slowly expanding.

And the most insulting thing is being told what your self-interest should be.

This is the part that Amanda Carpenter emphasized in her tweet thread. Carpenter’s political party is an authoritarian dumpster fire right now because Republican politicians don't have any moral imperative beyond gaining power. They appeal to their voters’ worst instincts, even at the cost of people’s lives.

Get out of the cities and you will learn we have a libertarian streak, with a healthy distrust of government.

That “healthy distrust of government” is proving fatal, which is the opposite of healthy. Rural Americans are dying from COVID-19 at disproportionately higher numbers than we “coastal elites” because they believe what rightwing morons tell them about a perfectly safe vaccine.

We listen when folks talk about opportunity and fairness, not entitlements. We expect government to play a role in our having a fair shot at a better life, not solve all our problems.

When discussing the Build Back Better agenda, almost all Democrats — conservative, moderate, and progressive — talk about “opportunity and fairness.” It’s only really Senator Joe Manchin who’s afraid of creating an “entitlement” society if Democrats pass overtly pro-family policies such as paid family leave.

It's time for Democrats to get uncomfortable and go beyond friendly urban and suburban settings to hear directly from folks in small towns who are trying to run a business, pay the bills, and maintain access to health care.

Democrats practically live in Iowa when campaigning for president, and no Democrat has suggested that spending time in rural areas makes them “uncomfortable.” (Whereas Republicans like J.D. Vance “joke” about the potential threat to their lives when visiting major American cities.) Also, Americans in “friendly urban and suburban settings” are also trying to run a business, pay the bills, and maintain access to health care.

It’s not a surprise that white cis male Democrats like Bullock believe 1990s Clinton-style politics are the answer to a nation under assault from the right wing. Closing your eyes and imagining you're competing against Bob Dole and not Marjorie Taylor Greene is a pleasant fantasy but not a useful one.