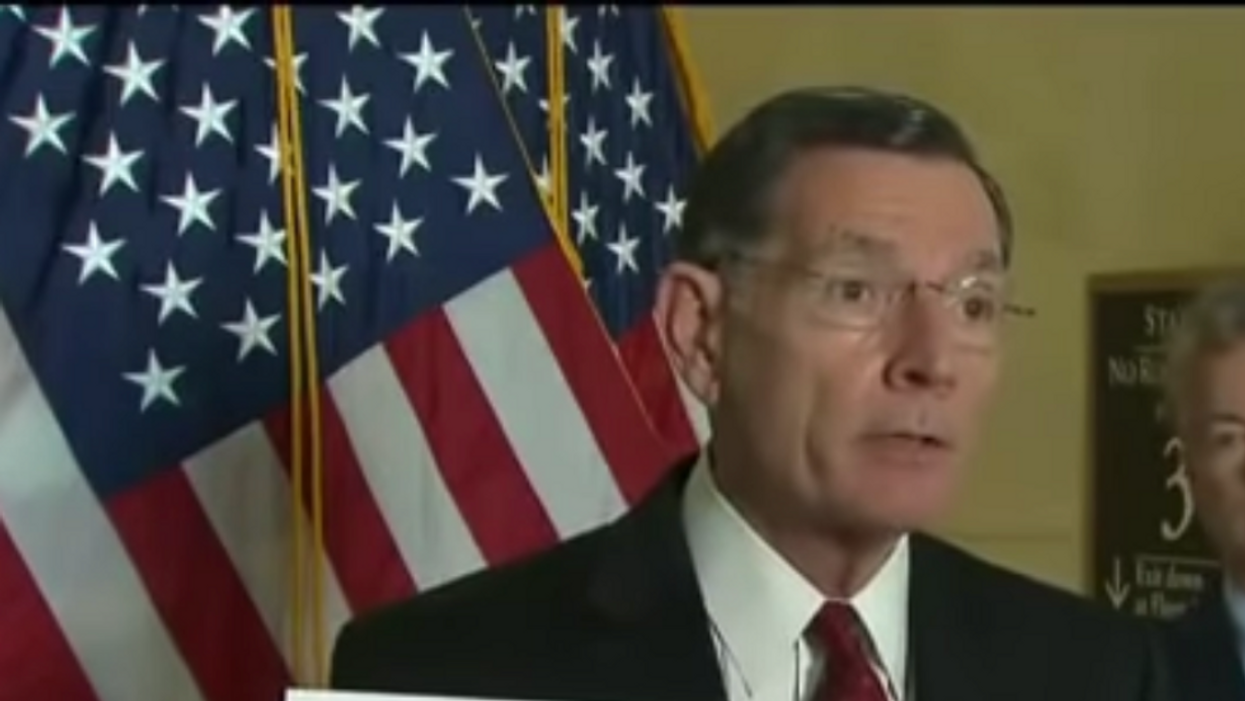 That's what the press would say if it treated Republicans the way they treat Democrats.

GEORGE STEPHANOPOULOS: So he says, hang Mike Pence is "common sense." Can your party tolerate a leader who defends murderous chants against his own vice president?

BARRASSO: Well -- well, let me just say, the Republican Party is incredibly united right now and it's because of the policies of this administration. And I think the more that the Democrats and the press becomes obsessed with President Trump, I think the better it is for the Republican Party. President Trump brings lots of energy to the party. He's an enduring force.

They are still referring to Trump as if he is their savior. The third coming of Republican Jesus, after Ronald Reagan and the imaginary Jesus they made up who hates everybody they hate. Trump wanted Mike Pence to overthrow the election he lost. But when Pence refused, Trump was more than happy to watch as his VP's life was in danger. That's why "hang Mike Pence" made "common sense" to him, we guess.

Barrasso insisted Pence was "safe the whole time," and that he's sure Pence didn't hear the chanting, because he personally didn't hear it. Stephanopoulos asked if it was "common sense," as Trump put it, that the insurrectionists felt this way.

Barrasso weakly conceded that it was not "common sense," while making sure to slide in a little voter fraud myth.

BARRASSO: It's -- it's not common sense. There are issues of every election. I voted to certify the election. And what we have seen on this election, there are areas that needed to be looked into, like what we saw in Pennsylvania. We all want fair and free elections. That's where we need to go for the future.

Do we all want "fair and free elections"? Because based on the slew of voting restriction laws passed by the GOP, the lack of accountability for January 6, and the continuing ass-kissing of the wannabe authoritarian, we're pretty sure we're not on the same page about this.

STEPHANOPOULOS: But you're not going to criticize President Trump for those views?

BARRASSO: I don't agree with President Trump on everything. I agree with him on the policies that have brought us the best economy in our -- my lifetime. And I'm going to continue to support those policies and continuing to work to stop what Joe Biden is doing to this country, which I believe is almost irreversibly bad.

Speaking of "irreversibly bad" Biden decisions, we guess one of them is trying to end the pandemic, at least if you listen to GOP Texas Attorney General Ken Paxton on "Fox News Sunday."

The Biden administration, in an effort to keep Americans safe, instructed the Labor Department to require employees be either vaccinated or tested weekly. After playing a clip of Paxton saying companies should "care of their own businesses, take care of their own workers," host Chris Wallace asked the obvious question.

And if you think he's being inconsistent about that, you'll be absolutely not shocked how he dodges questions about Texas's batshit abortion ban. Because in Texas, It's your choice to carry a deadly disease that can kill you or others, but not your choice whether you have to stay pregnant or not.

Wonkette is fully funded by lovely readers like you. If you love Wonkette, FUND WONKETTE!