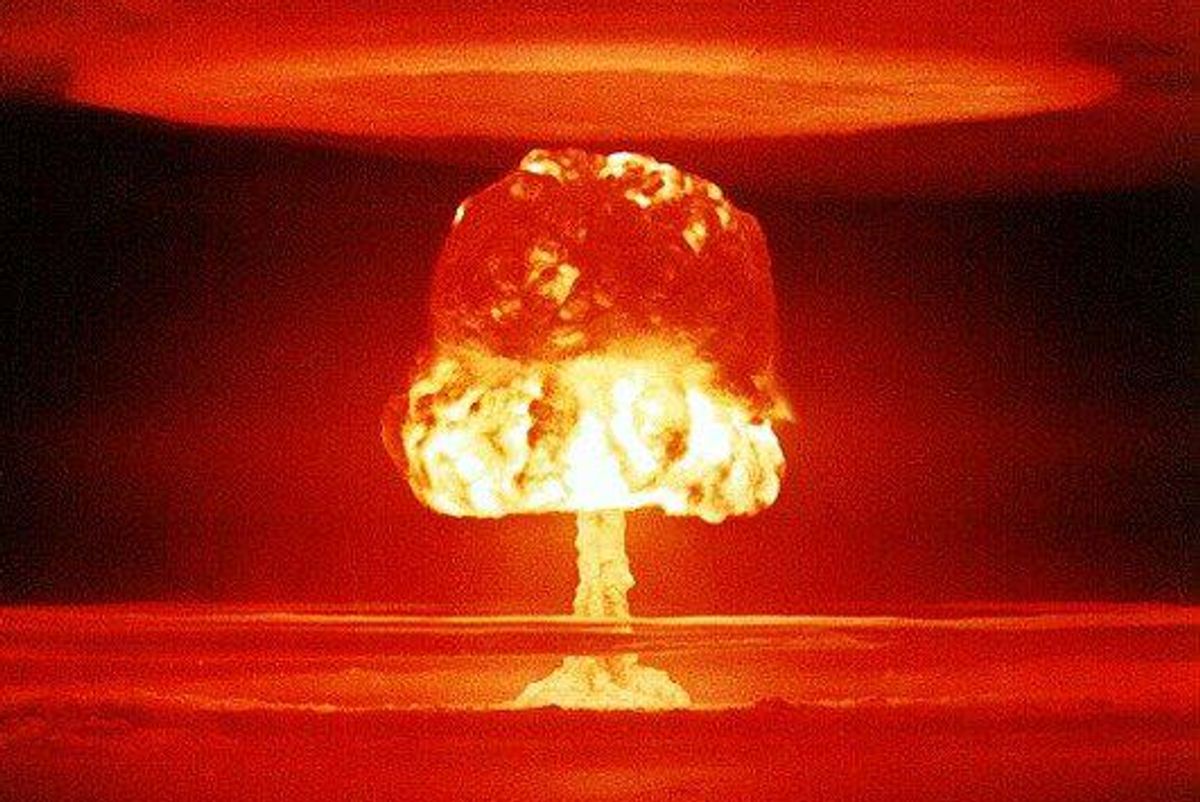 This morning, Florida Gov. Ron DeSantis trekked to a little town called Brandon where he held a presser at a Honda dealership to sign four anti-public health measures. And for his pains, he earned yet another pat on the head from Murdoch's minions for trolling the president, because LOL, GET IT? See, he gets to shout "Let's go Brandon!" while taking away the right of businesses to protect workers by insisting that patrons wear masks. And that's just hilarious any way you slice it.

Meanwhile CPAC is busy disinviting Elmo from its exciting furry funtimes, as well as platonic roommates Bert and Ernie, for the grievous sin of getting vaccinated. (We think? Is this part of the Big Bird thing, or is it a different fake outrage cycle?)

Yesterday a Republican congressional candidate in Ohio tweeted a meme of Kyle Rittenhouse as Captain America, adding to the other one million images of the teenage killer as some kind of heroic enforcer. Oh, but we are so triggered!

Can we just all cut the BS here and admit that functionally the Republican Party does not exist?

Oh, sure, they still field candidates. But they have no actual policy stances to speak of. They don't give a shit about the national debt. They're falling all over themselves to get in bed with despots, from Vladimir Putin to Viktor Orban, even resurrecting the ghost of Augusto Pinochet to slobber on. They crap on the military for being "woke." And they support crippling tariffs and expulsion of undocumented workers, despite business telling them in no uncertain terms that those things will wreck the economy. Maybe they really care about abortion, as long as it isn't their girlfriends getting knocked up at inconvenient times. But in the main, the GOP mainly exists as a troll party, willing to do literally anything for "liberal tears" and Republican thumbs up.

Check out the Twitter feeds of the leading Republican Senate candidates in Ohio for the purest distillation of this phenomenon. If JD Vance says subsidized childcare is a war on traditional families, Mandel says we should get rid of public schools altogether. If Vance pretends New York City is a crime ridden hellscape, then Mandel has to pretend that Biden is the Gestapo. And on and on until one of them gets elected.

But what other choice do they have besides stoking the white rage lizard brain? It's not like their policies are popular. Americans overwhelmingly support abortion rights, despite two generations of deranged lunatics sticking bloody posters in our faces and telling lies about increased breast cancer and suicide risk. They support raising taxes on the rich. They favor a path to citizenship for undocumented immigrants. And they support free college, raising the minimum wage, and maternity leave — all of which Republicans deride as the second coming of Lenin.

As Data for Progress notes, Americans love Democrats' economic policies. They were delighted to get those stimulus checks. They don't want to go back to the days when insurers could discriminate against people with pre-existing conditions — although, bizarrely, they think Republicans agree with them. And they sure as hell don't favor privatizing Social Security. There's even widespread support for the major planks of the Green New Deal.

In short, no one wants what Republicans are selling, so they have to sell something else. And what they sell is rage, 24-7-365, spewing an unending stream of toxic waste until it coats every aspect of our lives and dominates every news cycle.

Pulling a book from production that refers to Asians who "wear their eyes as a slant"? How very dare you, sir!

Some kids at Oberlin got mad about the cafeteria food? Time to whip up a conservative university for rugged intellectual individualism. (The Oberlin bánh mì story was fake, but it looks like Bari Weis's anti-woke "university" is, too, so it basically washes, right?)

Is it any wonder these people are tipping into outright lunacy and cults? It's not like the GOP is offering them anything to believe in.

And yet, we're getting killed in the polls, even as the jobs numbers and stock market are roaring back to life and pandemic closures are becoming a thing of the past. Turns out, it's more fun to rage about stupid shit than to actually read the fine print.

Ah, well, if we get desperate Biden can always attack a muppet.