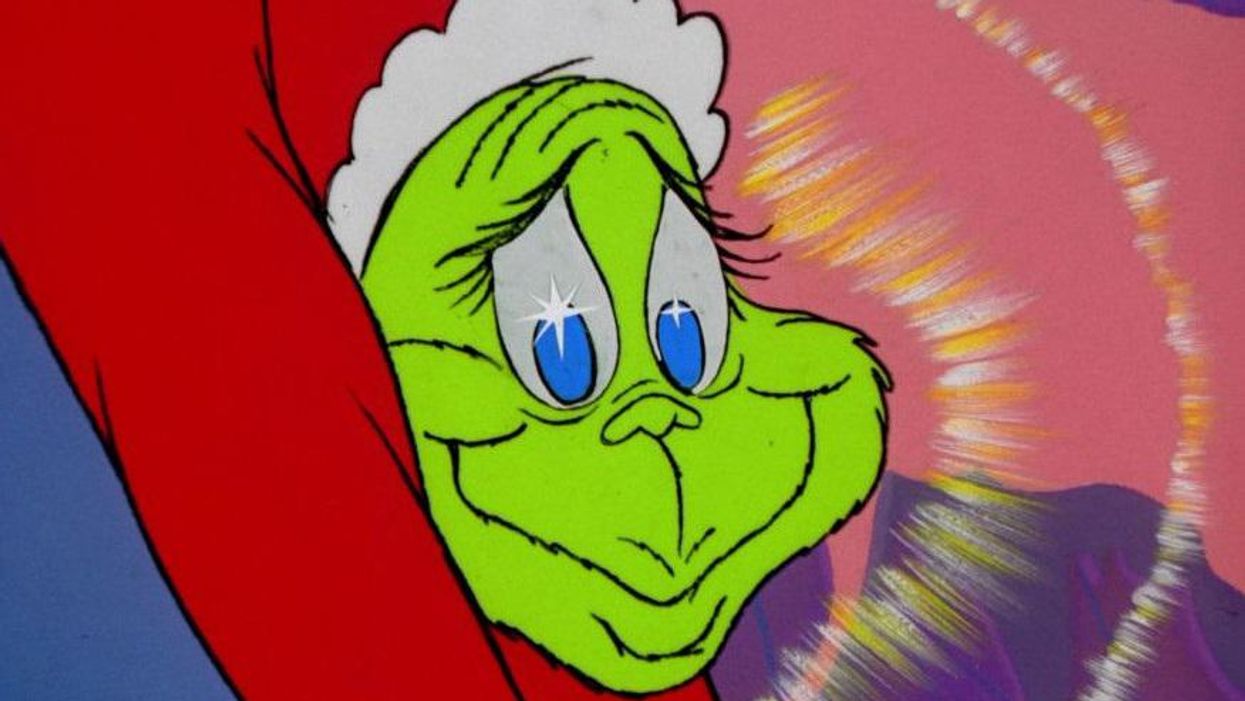 Police in Hewitt, Texas, spiced up the town's annual Kill a Tree for Christ festivities last night by adding a little Long Arm of the Law to the festivities,"arresting" a guy in a Grinch costume for the crime of attempted Christmas theft. Here's the cheerful video of the beloved Dr. Suess character getting the full "COPS: Whoville" treatment.

"ARRESTING" THE GRINCH: Officers saved Christmas in Hewitt, Texas, on Thursday, as they stopped the Grinch from ruining the city\u2019s tree-lighting.pic.twitter.com/58zpGuYEPy
— CBS News (@CBS News) 1638547213

Waco TV station KXXV reports that the entire local criminal justice apparatus got into the act, and for that matter, the TV station copy got into the carceral Christmas spirit, too.

In a Facebook post, the Police Department said at approximately 6:30 p.m., officers observed a known wanted suspect, the Grinch.

The Grinch was seen at the Hewitt Christmas tree lighting and officers confirmed the warrant out of Rosebud, Texas.

Officers were able to take the Grinch into custody without incident. An arrest warrant was issued for the Whoville native by the presiding judge for the City of Rosebud, Matthew Wright, on Nov. 22.

Rosebud, Texas? They couldn't have done a cheery story about sledding?

Yes, there's a link to a story on the warrant, too; The judge was photographed with the local police department's "Blue Santa," who brings gifts to all the good little boys and girls who immediately comply with his jolly cries of "Merry Christmas! Stop resisting!!" Okay, fine, it's a charity program that distributes toys to needy kids, but it's still freakin' weird. 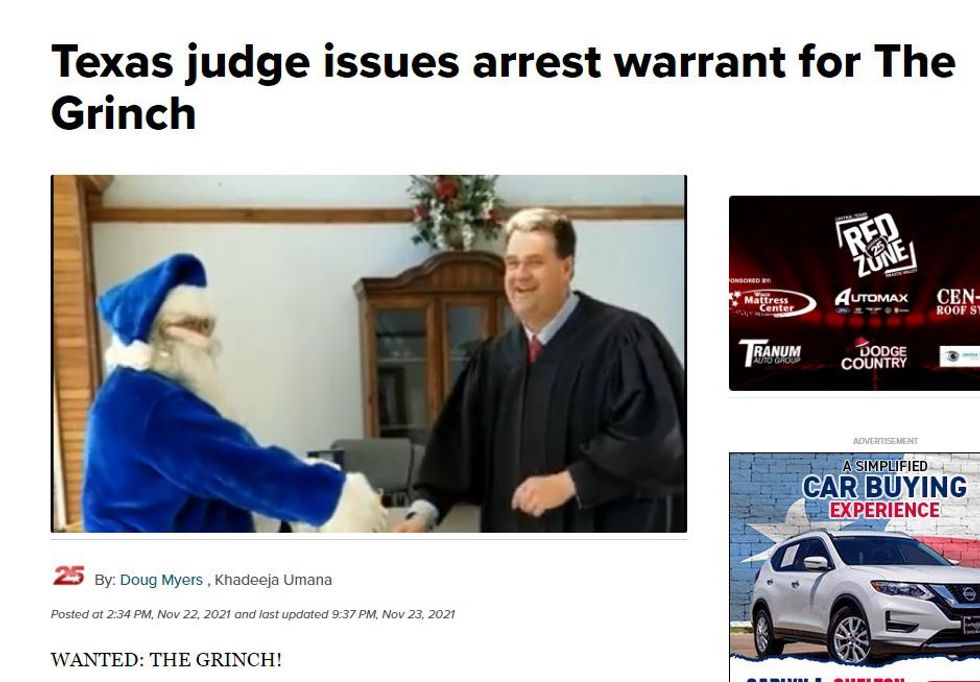 Dopey as the KXXV story was, it was far more tolerable than the rhyming version perpetrated by rival station KWKT, so count your blessings and your cans of Who Hash.

In none of the stories did any of the local outlets point out that the whole point of the Dr. Seuss story and the classic 1966 Chuck Jones TV adaptation is that the Grinch hated Christmas because he was a mean, unempathetic person, but that when he realizes Christmas is actually about love and community and sharing, not material goods, his heart is filled with love, and he saves the day, becoming the guest of honor at the Whos' feast. Like the story of The Christ Child coming to save humanity from sin and error, it's a story of redemption, asshole.

We can only assume the entire skit was the brainchild of Texas Sen. Ted Cruz, a man whose brain is full of spiders and has garlic in his soul. That man never understands even the simplest morals of Dr. Seuss, and he certainly wouldn't understand the idea that crime is only made worse by throwing people in jail. Heck, even the FBI acknowledges that restorative justice programs for youths are better at reducing recidivism than incarceration.

We hear that in Norway, the justice system is experimenting with making felons' hearts 3 sizes larger and singing fa-voo Doris at them.

So happy Friday you crazy socialists what know how to read; this is not your open thread; that'll be your traditional cocktail post by Matt the Bartender, for National Bartender Day, which is today.

Wonkette is supported entirely by reader donations. If you can, please give $5 or $10 a month, if only to reward Dok for not writing every horribly dark joke that came to him, like "a little girl dressed as Cindy Lou Who was accidentally shot by an officer who said he meant to use his taser; her dying words were 'Why, Santy Claus, why?"'