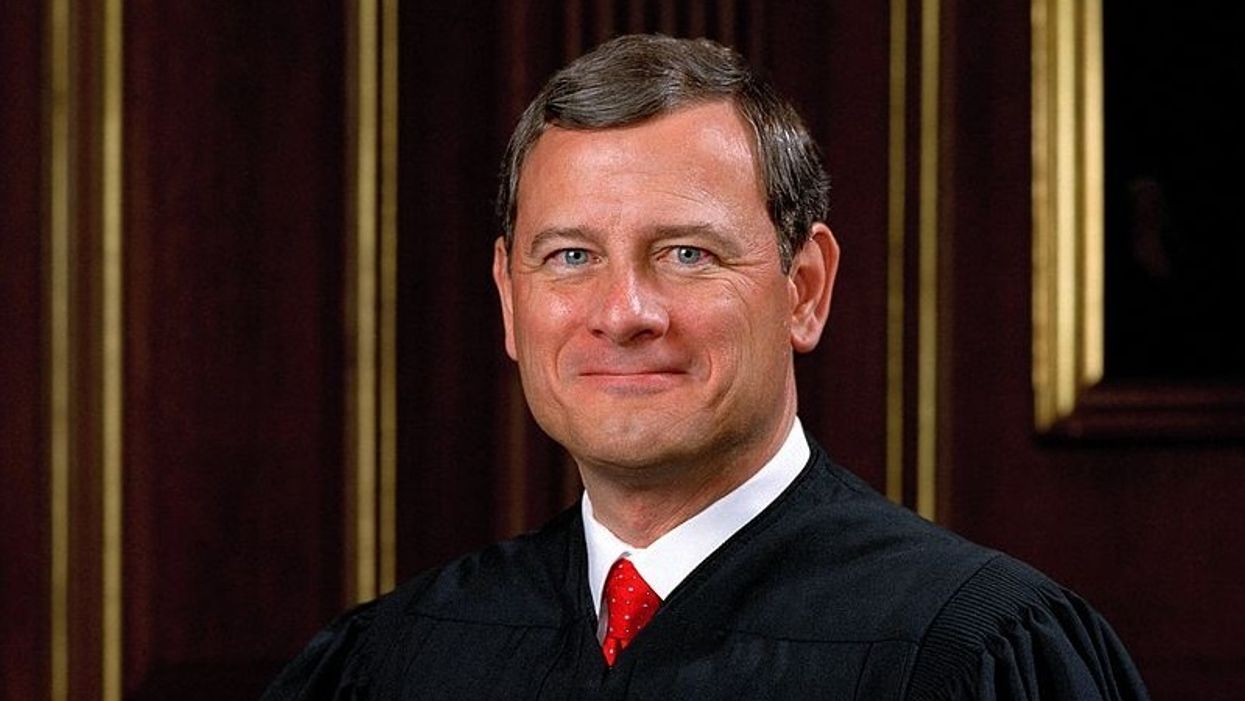 Let’s hear it for some solid PR! Supreme Court Chief Justice John Roberts is the most popular US leader, according to a new Gallup poll. He enjoys 60 percent approval for his job performance. It’s astounding that Roberts might come out of all of this smelling like a rose when he’s presided over a Supreme Court that gave us Citizens United and has rolled back voting and abortion rights, effectively nullifying the Voting Rights Act and Roe v. Wade.

Roberts didn’t support the 2015 marriage equality ruling but he personally gutted the Voting Rights Act. He stood by as Republicans stole a Supreme Court seat and forced three justices on the court with mostly party line votes. (Not even Senator Joe Manchin could hold his nose long enough to vote for Amy Coney Barrett.)

In response to Roberts’s approval rating, the Nation’s Elie Mystal tweeted: "That feeling when you log onto Twitter on a Monday and are promptly reminded that your life's work has amounted to absolutely nothing.”

Only three out of the 11 federal leaders on the list were reviewed positively by a majority of Americans. That’s Roberts, Federal Reserve Chairman Jerome Powell (53 percent), and Dr. Anthony Fauci (52 percent). Americans were rating Dr. Fauci’s job performance above 70 percent barely more than a year ago. Republicans didn’t help end the pandemic but they have successfully bludgeoned the image and reputation of a lifetime public servant.

He was once the Walter Cronkite of medicine. When he spoke on TV, most Americans trusted him regardless of personal ideology. Now, he’s a partisan figure that Republicans want to lock up right after Hillary Clinton. Hats off, I guess, to Republicans for minimizing Dr. Fauci's effectiveness and jeopardizing public health.

Secretary of State Antony Blinken and Attorney General Merrick Garland are just slightly below water at 49 percent. House Republican Leader Kevin McCarthy has 46 percent job approval, which is 46 percent more than he deserves. The guy’s a bully and a coward, but he’s doing better than House Speaker Nancy Pelosi (40 percent) and Senate Majority Leader Chuck Schumer (44 percent). Pelosi is a goddamn legislative virtuoso but Republicans never let up on demonizing her. She’s also a woman, and there’s only so much she can do about that.

Senate Minority Leader Mitch McConnell is dead last with 34 percent approval. Sure, McConnell’s evil but compared to McCarthy, he’s almost respectable. Maybe we need to hit McCarthy with more turtle jokes or something. The guy is a seditionist who tried to obstruct an investigation into a violent attack on the Capitol.

While McConnell’s sworn enemy, Donald Trump, will likely gloat over how unpopular the “broken old crow” is, that doesn’t actually matter much. McConnell’s still running the show. He’s not up for re-election again until 2026, when he’ll be 84. He’s past caring what the public (or Trump) thinks about him.

President Joe Biden and Vice President Kamala Harris are at 43 and 44 percent respectively. Harris is the subject of so many regular hit jobs in the media, her numbers are pretty impressive. Biden’s approval started sinking into the 40s back in August. It’s strange because a lot of the white moderates who supported him in 2020 did so because he wasn’t Donald Trump, and last I checked, that’s still true. I’m not surprised that Never Trumpers are fickle, but that’s no excuse for actual Democrats not supporting Biden/Harris enough to get them to 50 percent approval. We need to root for the home team because that’s all we’ve got right now.