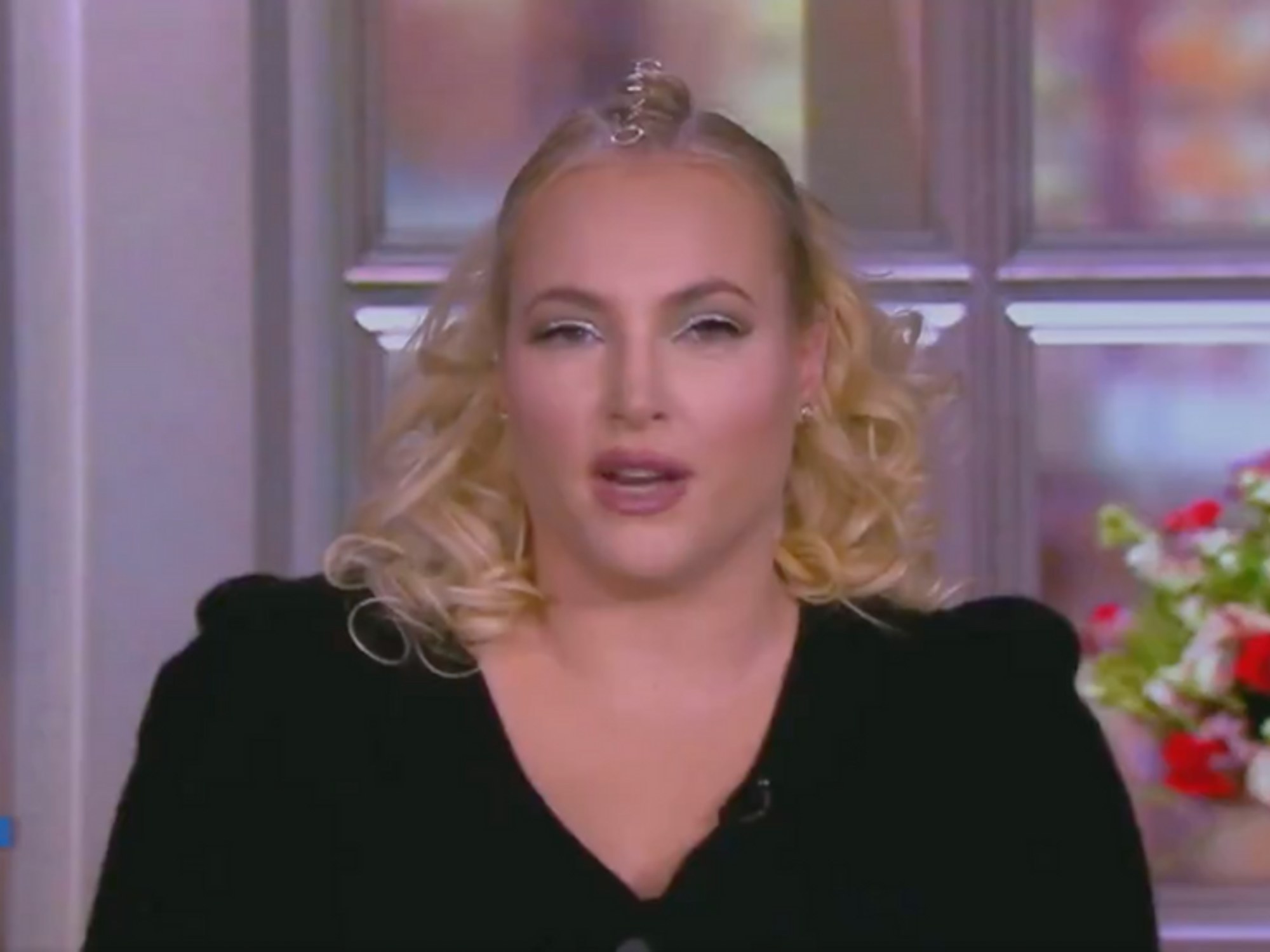 Politico Playbook got us the most important story this Monday morning after Christmas, and it is that the TV show called "The View" is having a real hard time replacing Meghan McCain, the conservative moron who used to serve as a host. Playbook says the other hosts told the executive producer they're tired of all these substitute conservative morons, and they need a permanent one.

[T]he longtime co-hosts — JOY BEHAR, WHOOPI GOLDBERG and SUNNY HOSTIN — are upping the pressure to pick a successor, and voicing their displeasure at having to introduce new guest hosts week after week in a seemingly endless process that they find disruptive to the flow of the show.

Uh huh. But no, that's not happening yet.

According to a spokesperson for “The View,” the program will continue to audition potential hosts in the new year, bringing some women back for a second turn. [Alyssa] Farah will return in January, and the show will bring in other big names, like BARI WEISS and LISA LING ...

Here is part of why this task of replacing Meghan McCain is so difficult:

Sources close to the show said that the search has stalled as executives struggle to find a conservative cast-member who checks all the right boxes. They will not consider a Republican who is a denier of the 2020 election results, embraced the January 6 riots, or is seen as flirting too heavily with fringe conspiracy theories or the MAGA wing of the GOP. But at the same time, the host must have credibility with mainstream Republicans, many of whom still support DONALD TRUMP.

LOL OK. They're looking for somebody who doesn't exist. A serious Republican who also likes Donald Trump but isn't a coup-supporting fascist or open supporter of terrorism. Gotcha, you betcha.

Playbook typed more words about this but we've reached the end of our willingness to turn them into a blog post, so go there if you are interested in more on this riveting subject.