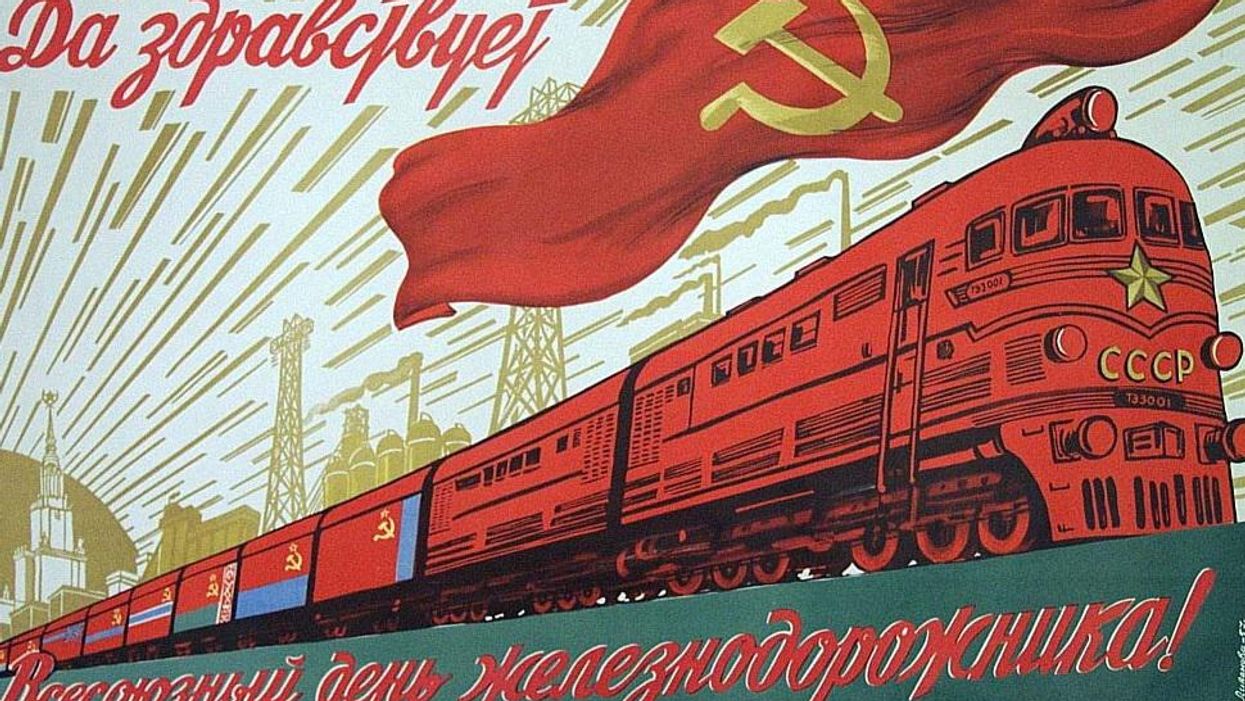 After four years of "Infrastructure week" being a bad joke about whatever Donald Trump's administration wanted to distract from, Old Handsome Joe Biden came into office in January and actually did a great big infrastructure plan, which he rolled out at the end of March as the "American Jobs Plan." It was an ambitious plan, $2 trillion over 10 years, that went well beyond the traditional "roads 'n' bridges" stuff that's normally thought of as infrastructure. It included spending on retooling American energy away from fossil fuels, research and development for clean energy, and $174 billion to build a national network of EV charging stations. The proposal also included funding to build out high-speed internet in both rural and urban America and to upgrade public housing for energy efficiency (and to build more public housing, period), as well as $111 billion to ensure that all Americans have clean, safe water. That funding would also include replacing all lead water pipes in the country. ALL of them, finally.

Not surprisingly, the Right got mad because the bill also included some of the "human infrastructure" that Biden wanted to promote, including funds for home and community care for folks with disabilities and for the elderly (plus funding for more home healthcare workers). Wingnuts and a Democrat (possibly two!) got pissy, because since when does anything that you can't drive a truck or a train on even count as infrastructure?

The American Jobs Plan was followed up in short order by the American Families Plan, which was the great big social safety net reform chunk of Biden's agenda. It would have spent $1.8 trillion over 10 years on terrific stuff like paid family and medical leave, universal pre-kindergarten, free community college, subsidized childcare, help for schools and teachers, and an extension of the popular expanded child tax credit that was included in the American Rescue Plan. The whole shebang would be funded by rolling back parts of the 2017 Trump tax cuts.

Say, does this sound familiar? It should, because, combined with a bunch of neat stuff aimed at addressing climate change, nearly all of the basic policies made it into the first version of the Build Back Better reconciliation bill, while many good parts of the Jobs Plan went into what eventually became the Bipartisan Infrastructure Framework, or BIF. Now that it's become law, we don't know why it isn't called the BIL. Possibly because of calling a Law a BIL, and maybe a copyright infringement warning from Schoolhouse Rock.

Let's review once more what happened with Biden's two big plans in Congress. Conservative Democrats, by whom we mean Senators Joe Manchin (West Virginia) and Kyrsten Sinema (Arizona), wanted to show that "bipartisanship" was still possible in these polarized times, so with the help of some Republican "moderates," they carved out much of the "physical infrastructure" stuff that was in the Jobs Plan, cut the amount of spending, and viola! you have a BIF! Then most of the other good stuff from the two plans went into Build Back Better, so it could be passed by reconciliation with just Democratic votes in the Senate, and in June, Democrats announced the whole thing as the "two-track solution," a compromise that would let Manchin pass a thing with Republicans and get the rest of the Biden agenda passed via reconciliation.

From the get-go, the two packages were meant to be passed together; progressives in both houses only agreed to the bipartisan infrastructure chunk on the condition that the reconciliation bill would be passed as well, because they worried that if the infrastructure chunk became law without Build Back Better, moderates might walk off and leave more than half of Biden's agenda hanging. Good thing that never happened!

But plans change, and elections in Virginia get lost, and with an absolute promise that BBB would get a vote in the House later, the House in November passed the BIF and it became law.

As we like reminding you, there's a lot to like in the bill, which does indeed have those roads, airports, rail lines, and bridges, but also includes a lot of funding for things like electrifying city transit systems and making buses and light rail accessible to folks with disabilities, just three short decades after the Americans With Disabilities Act of 1990.

We very much like the law's funding to begin upgrading the nation's electrical grid, although Crom knows the grid will need even more work to truly handle the transition to renewable energy. Additional monies will help make existing infrastructure and systems more resilient to both climate and to cyberattack.

The Jobs Plan's proposals for environmental justice made it into the law, like funding to clean up toxic waste, reconnect communities that were split up by highways and other transportation construction that primarily affected minority and low-income communities, and replace lead pipes — only half of what the Jobs Plan proposed, unfortunately. Other funding will go to clean up decommissioned mines and wells, and for job creation in communities that have relied on fossil fuels.

The plan also includes $65 billion to build out high-speed broadband in rural and urban areas that have gone too long without it. That is down from the $100 billion Biden proposed, but let's hope it means no more kids ever have to do homework on a school laptop outside a Taco Bell.

The law also provides a lot of the neat climate stuff proposed by Biden back in March, like $7.5 billion for a network of EV charging stations (less than the total $174 billion on EV development, supply chain infrastructure, and consumer incentives, although much of that got moved to Build Back Better).

On the whole, it was a pretty good infrastructure package, and Republicans who didn't vote for it are already running campaign ads bragging about all the good it's doing in their districts.

Now all Democrats need to do is corral Joe Manchin, fill him full of those mind-control nanobots the wingnuts say are in the vaccines, and make him vote for Build Back Better. But it's New Year's Eve, so we'll talk about that one more another day.

Yr Wonkette is funded entirely by reader donations. If you can, please give $5 or $10 to help us keep this goofball blog going, you big goofball.