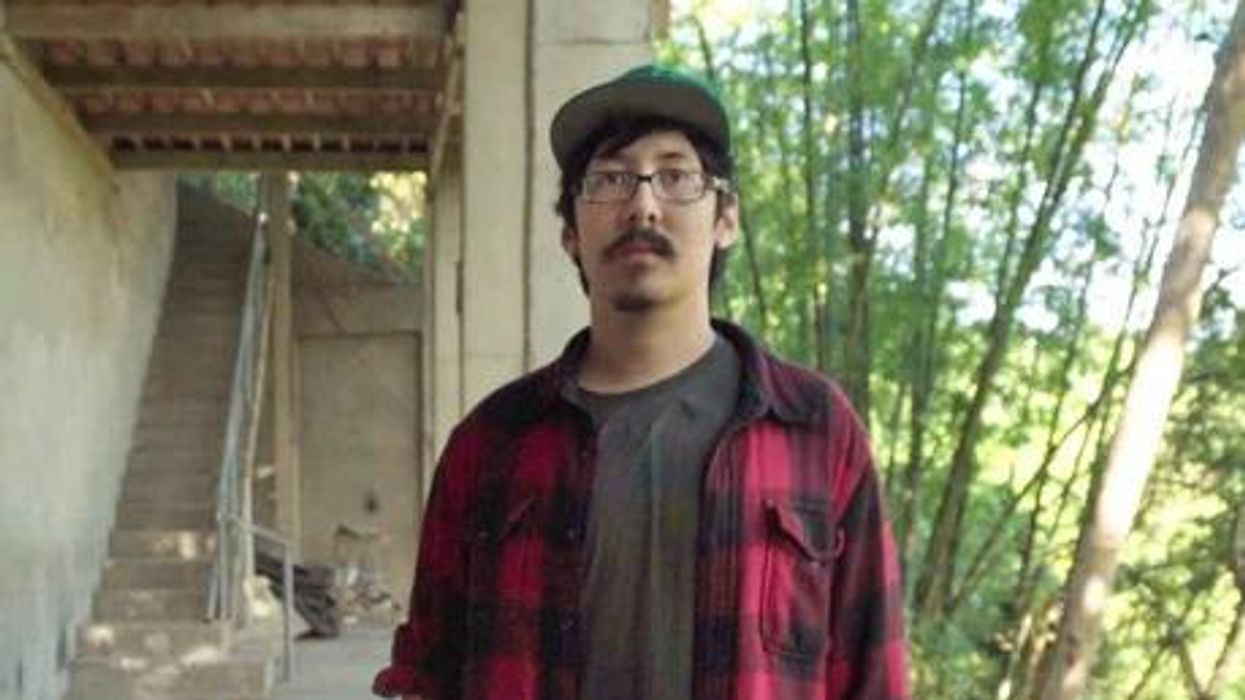 Yesterday, we let you all know about former New York police commissioner and convicted (then Trump-pardoned) tax frauder Bernie Kerik's weird attempt to blow off testifying before the House January 6 Select Committee. Part of that involved turning over a tranche of documents to the committee, while suggesting he'll only testify if granted immunity.

One of those documents was a 22-page "Strategic Communications Plan" that laid out how Team Trump would mobilize an army of trolls to spread the good news that Trump had actually won, and the good folks at Vice noticed a very special troll in that document: Ron Watkins, the QAnon promoter who that HBO documentary last year hinted might have been "Q" his own self. Watkins is now running for Congress from Arizona, though he seems not to be very good at it.

The document lays out how the Trumpers could use rightwing media and social media in the 10 days leading up to January 6 to put pressure on Republican members of Congress so they'd know better than to certify the Electoral College vote for Joe Biden. It includes a list of bullshit conspiratorial talking points that had already been debunked, but never failed to get wingnuts excited, like claims of dead people voting, ballots being run repeatedly through scanners to inflate the vote for Biden, and mysterious suitcases full of ballots being brought to vote-counting locations in the dead of night. And, of course, the many lies about Dominion Voting Systems that have resulting in that company suing half the top people in Trumpworld for libelslander.

Fans of bad writing and nonsense may even enjoy reading it in full; we like the part where the list of the "TOP 10 WORST FRAUD INCIDENTS BY STATE" for "Arizona" just peters out at number 7 and suddenly switches to "Michigan" without so much as a new heading.

The plan was to salt social media with lots of messages coming straight from Rudy Giuliani's House of Very Credible Claims, including "Pre-written tweets — multiple per day," as well as Instagram posts that would also be prepared by the campaign. On top of that, there would be radio and TV ads in swing states, and lots of scripted loaded questions for election officials, such as:

Holy begging the question, RhetoricMan! Those questions include unproven assumptions as if they were statements of fact!

Watkins, the QAnon maven, only appears near the end of the document, as part of a list of rightwing social media influencers. The "big" names include worthies like Ben Shapiro, Charlie Kirk, PragerU, Steven Crowder, Candace Owens, and, weirdly, Sam Seder's "Majority Report," although Seder is one of your progressive types — you can't expect Team Trump to actually check these things.

Watkins, sadly, is listed among the second tier of "medium" influencers, and only as "ron" plus his Twitter handle, for some reason. He's down there with Brandon Straka, the guy who pretended Black people were leaving the Democratic Party in droves because they saw the hashtag "#WalkAway."

Also too, Watkins himself offered, in an email to a Giuliani associate, to

volunteer time to help identify avenues of voter fraud and audit the Dominion Voting System[s] with the mindset of a penetration tester with the goal of finding any vulnerabilities or ‘features’ in the software which may have been utilized by bad actors to facilitate voter fraud.

Hey, the dude ran 8chan (later rebranded 8kun) and (may have!) got people to believe a super secret government agent was hiding secret messages about the coming roundup of all liberals, so you know he's good with computers and a reliable tech expert.

Weirdly, the strategic plan also recommends that Donald Trump get a TikTok account so he could reach young folks!

WE have to use TIKTOK!! Content goes VIRAL here like no other platform!!!!! And there are MILLIONS of Trump supporters! It would be amazing if POTUS would use the platform actually—he’d have the biggest account EVER.

This was, we'll note, months after the Trump administration accused TikTok of spying on Americans for China, and tried to shut it down forever or at least get it sold to Microsoft.

Vice does note that it's "unclear if the Strategic Communications Plan was ever acted upon," although many of the big influencers did indeed push the Big Lie leading up to January 6, because what were they going to do, not that?

Yr Wonkette is funded entirely by reader donations. If you can, please help us keep this thing on the rails with a monthly $5 or $10 donation!