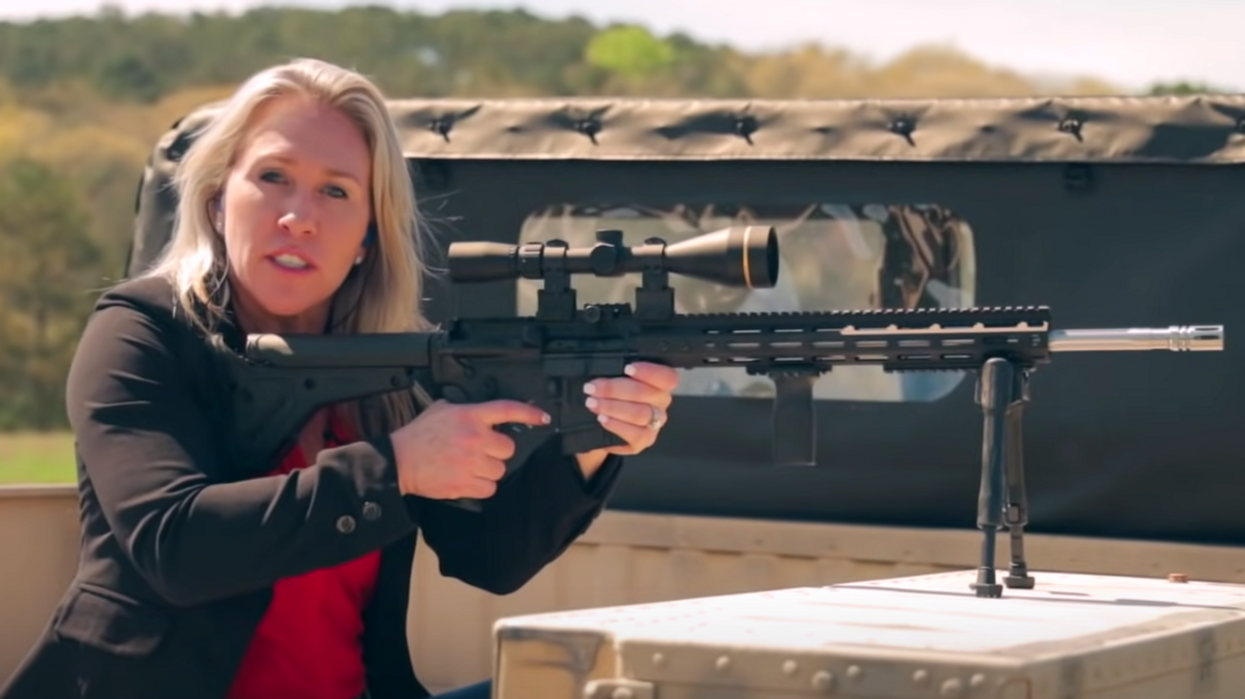 Georgia Rep. Marjorie Taylor Greene has made history as the second sitting elected official to ever be permanently banned from Twitter, after Donald Trump, who was kicked off earlier this year for inciting violence. In fact, she's a little special — while Trump was still technically president when he was banned, he had already lost an election and only had about two weeks left to go in his term. Marge won't be up for reelection until later this year.

We are all, of course, devastated to see her go.

Now when we want to find out what kind of civil war she is advocating for this week, we'll have to go and visit whichever of the 85,000 right-wing Twitter alternatives Greene decides to make her own. Not that it's a particularly enjoyable pursuit, but unfortunately we now live in a country where damage mitigation means keeping our eyes on these people. Like it or not, Marge has quite the fanbase and is one of the few currently seated politicians to have as much influence and "street cred" among the tin foil hat set as Trump did.

According a statement Greene posted on Telegram, she was booted for "tweeting VAERS statistics," which everyone with half a brain knows at this point is not actual data. Anyone can report an adverse reaction to a vaccine to VAERS (Vaccine Adverse Event Reporting System) with absolutely no proof required. Thus, reporting these adverse reactions as fact is spreading misinformation. Misinformation meant to scare people out of getting a vaccine that could save their lives and the lives of others around them.

Maxine Waters can go to the streets and threaten violence on Twitter, Kamala and Ilhan can bail out Black Lives Matter terrorists on Twitter, CNN and the rest of the Democrat Propaganda Media can spread Russia collusion lies, and just yesterday the Chief spokesman for terrorist IRGC can tweet mourning Soleimani, but I get suspended for tweeting VAERS statistics.

Twitter is an enemy to America and can’t handle the truth.

That’s fine, I’ll show America we don’t need them and it’s time to defeat our enemies. They can’t successfully complete a Communist revolution when people tell the truth.

I stand with the truth and the people. We will overcome!

"The truth" in this case is apparently just "whatever shit people wanna make up."

It's not surprising that Greene thinks VAERS contains real information about vaccines, when she also thinks Black Lives Matter activists are terrorists, or that Maxine Waters is going around "threatening violence" on Twitter, or that regular-ass Democrats are out there pushing for a Communist revolution. Although it's not clear that she knows what a "Communist revolution" is, and as far as we know, she could think a Communist revolution is running to the store for half-and-half or brushing one's hair or juggling. Because hey, when you're just making shit up, anything can be true!

Stephen and I will be back at 3pm EST/12pm Pacific for our very first live stream of the new year! Come hang out with us!