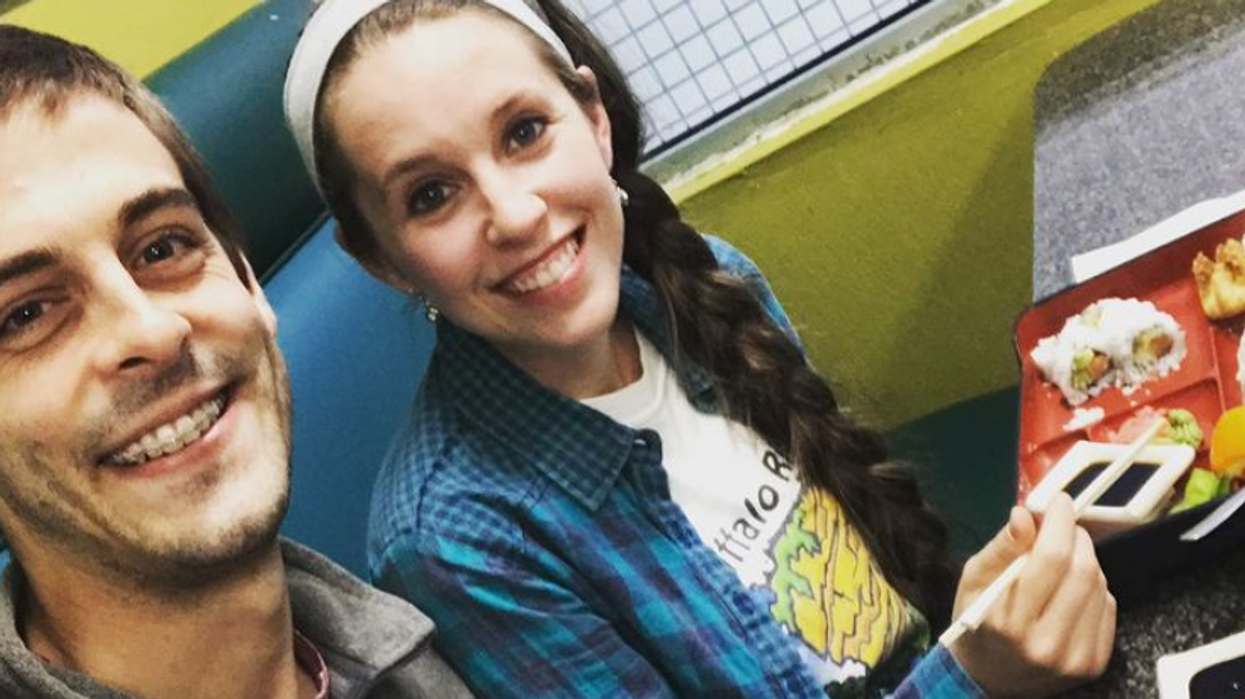 Back in the day, Wonkette would have known exactly what was happening in as many sides of the Duggar clan as was humanly possible, because back in the day, Wonkette had time for that. But these days we barely have the bandwidth to say, "Oh yeah, the old Duggar Jim Bob is running for state political office on a platform of cancel culture, literally while his son is on trial for child porn." The son, Josh Duggar, just got convicted in that trial, and now Wonkette is able to tell you that the father lost his state Senate primary somethin' embarrassing.

There was a minor scandal where Derick and Jill Dillard were down in Central America maybe winning souls for Jesus without the proper licensing, and it looked kinda grifty as hell, but it was unclear. But after that, we admit, there is a gap in our Duggar knowledge, much like the gap in our knowledge between Jesus's childhood and his adult ministry.

Because according to the Daily Mail, "Derick," the one who married "Jill," haaaaaates his father-in-law. And maybe Jill doesn't like her dad very much either! And DRAMA! It appears to be an outgrowth of the Josh Duggar scandals and criminal trial, so that's unsurprising.

It stems from this Facebook comment, reportedly left by Derick, about Jim Bob, just a few hours before Jim Bob's pathetic loss in his state Senate primary. The tabloid shares this screengrab, which was reportedly left on a Facebook post from Jim Holt, the former friend of the Duggars who testified in the Josh Duggar trial along with his wife Bobye:

It's sad that this isn't an isolated incident. I used to have so much respect for Jim Bob, as my father-in-law, and I wanted to give him the benefit of the doubt for years. Unfortunately, it's only become clearer to us over time just how deep this man's manipulation and deceit will go for his own gain, at the expense of others. He has lied to my wife and I numerous times. Contrary to his campaign, he does not believe in freedom, but his manipulation has resulted in what is akin to human trafficking. [????????? — Wonkette] When confronted privately, he is not humble, but he is defensive and verbally abusive. When he says he cannot be bought, the truth is that he has a history of being a sellout to anything that he can personally profit from, and he will justify it however he wants to continue his personal agenda. Again, if he has lied and continues to lie to his best friends and his own family, will he LIE to YOU?!

Wow! That sounds like Jill also has similar feelings about her father, according to her husband.

The Daily Mail shares the Facebook post from Jim Holt that prompted this comment, and it's Jim Holt in advance of Jim Bob's state Senate primary, telling people that the Duggars lied to him and his wife about Josh's history when Josh wanted to "court" their daughter. (It's a fundmentalist wackjob thing, and yes it's different from real dating.) He also accused Jim Bob of perjuring himself during Josh's criminal trial, and finished, like Derick did in his comment, asking if he lies to his best friends and family, will he lie to you?

So that's clearly what Derick means when he says this isn't an "isolated incident."

The Daily Mail also shares a Facebook post from Derick, endorsing somebody Jim Bob was running against, and says Derick has talked shit about Jim Bob in public prior to this. This means we have been missing this whole story, and must now exclusively gear Wonkette coverage to liveblog the Duggar family like we did back in 2015.

Stay tuned for our next one-thousand posts, which will be about the Duggars' holiday traditions.