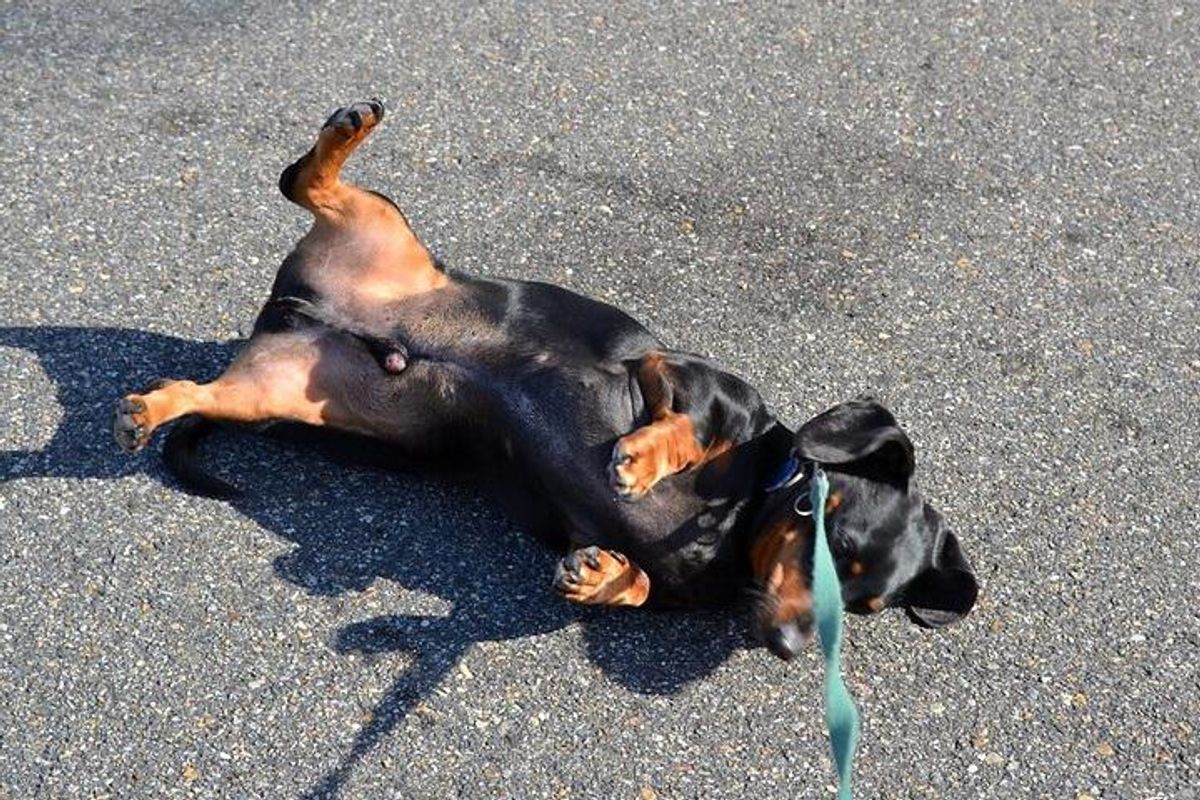 As Yr Wonkette let you know yesterday, Sen. Ted Cruz (R-Texas), normally a beloved Trump CHUD, very rudely and possibly illegally referred to the nice tourists who visited the US Capitol last January 6 as "terrorists." This really upset the patriotic Trumpenvolk, led by Tucker Carlson, because the January 6 rioters were fellow patriots who simply wanted to ask questions of their elected leaders, using stun guns, stolen police shields and batons, the business end of the odd flagpole, and a hastily constructed gallows. (They were pointed questions, like "Nan-ceeee, where arrrrre you?")

So last night on State Television, Cruz performed his mandatory Self-Criticism with Commissar for Culture War Tucker Carlson, to abase himself before the base and admit his nigh-traitorous wrongthink. It was the sort of spectacle that may someday become more common for those who besmirch the good name of Trump the Great And Merciful. As the purification of America continues, future such apologies may be followed by execution, complete with a bill to the wayward pol's PAC for the cost of the bullet.

Carlson repeatedly told Cruz he didn't believe Cruz's lame excuses for insulting the brave Trumpshirts, so to prove his loyalty, Cruz went ahead and posted the clip of his ritual shaming to his Own Damn YouTube Channel.

Oh, whoops, this is the real thing, though largely indistinguishable from the first, and frankly, we'd rather watch the doggies. Here's the actual video of Cruz rolling on his back and widdling on himself.

It didn't go so great for Cruz. Anticipating that Cruz would roll out the traditional "Sorry I misspoke" gambit, Carlson insisted (contrary to all known facts) that Ted Cruz is not one of the "dumb people in Congress," so his choice of the word "terrorists" had to be deliberate, and a dirty lie.

Cruz immediately rolled out the "I misspoke" gambit anyway, and barely got a few words out before Carlson interrupted:

Mr. Cruz: The way I phrased things yesterday — it was sloppy, and it was, frankly, dumb, and as a result —

Mr. Carlson: I don’t buy that! Whoa, whoa, whoa, whoa! I’ve known you a long time since before you went to the Senate. You were a Supreme Court contender. You take words as seriously as any man who’s served in the Senate. And every word — you repeated that phrase, I do not believe that you used that accidentally. I just don’t!

Cruz nevertheless persisted, since he's not used to people on his side actually pointing out that he is a supreme bullshitter.

Mr. Cruz: Tucker, as a result of my sloppy phrasing it’s caused a lot of people to misunderstand what I meant. Let me tell you what I meant to say. What I was referring to are the limited number of people who engaged in violent attacks against police officers. I think you and I both agree that if you assault a police officer, you should go to jail. That is who I was talking about.

Heavens! Cruz couldn't have been libelslandering the "thousands of peaceful protesters supporting Donald Trump" as terrorists, not at all! Only those who actually assaulted cops. Please believe him and don't send him to exile in Godless California!

Carlson once again was not about to let the wrongdoer pretend he had not sinned grievously against the patriotic martyrs of January 6 (they don't have to be dead to be sacred martyrs).

Mr. Carlson: Wait a second! Hold on! What you just said doesn’t make sense. If someone assaults a cop, he should go to jail, I couldn’t agree more. We’ve said that for years. But that person is still not a terrorist. How many people have been charged with terrorism on January 6? Like, why'd you use that word? You’re playing into the other side’s characterization that [...] allows them to define an entire population as foreign combatants!

Do you confess, Citizen Cruz? Do you admit to suckling at the rhetorical teat of the Demon Marxalech? Give cause now that you not be flayed, sir!

Also, we keep forgetting that we want to send all Trump voters to Gitmo, because of course that's what Q says will happen to us. Damn, we sure are terrible, projecting that way.

Cruz tried to flip the script, insisting that his righteous zeal against those who would assault our heroes in blue had led him to err, and to leave himself open to being misunderstood, because darn it, Tucker was right, and Cruz is heartily sorry for his fault, his fault, his most grievous fault:

Mr. Cruz: We have now had a year of Democrats and the media twisting words and trying to say that all of us are terrorists. Trying to say you're a terrorist, I am a terrorist. [...]

I get why people were angry, because we've had a year of the corrupt corporate media and Democrats claiming that anyone who objected to the election fraud ...

Once more, the Grand Inquisitor had little patience with the sinner trying to worm his way out of responsibility for his sacrilege, his sheer apostasy in using The Enemy's terminology.

Mr. Carlson: Wait, wait, wait, can I just ask, I guess I just don’t believe you! And I mean that with respect, because I have such respect for your acuity and your precision. And I’ve seen it on display, I’ve covered you as a reporter, I know how you speak. And you have sat there for a year and watched people use language to distort the events of that day intentionally: "Insurrection." "Coup." "Terrorism!"

Cruz went on to agree that he had fallen short of the glory of Trump, and then Carlson offered, as a reward for his compliance, a bit of a break, veering into chat about his cherished conspiracy theory that the FBI had actually fomented the "riots" to draw peaceful decent Trumphumpers into iniquity. Cruz, relieved, demanded answers, and also attacked the Justice Department for its shabby treatment of the January 6 not-insurrectionists in jail. For good measure, he reminded Tucker that he had himself bravely voted against certifying the election, so it would be "ridiculous" of him to lump in good loyal Trumpmericans with the real scum in this nation, namely, anyone who ever objected to police brutality, because those Black Lives Matter Terrorists and Antifa Terrorists and other leftist terrorists are the real terroristy terrorists we need to be worried about, and please don't send me to Room 101, please not that.

Then Cruz bared his throat to Carlson to show he would submit, and Carlson graciously showed his teeth, sniffed Cruz's ass, nipped at his ear, and thanked him for coming, the end.

Yr Wonkette is funded 100 percent by reader donations. If you can, please give $5 or $10 to prove you love Big Editrix.