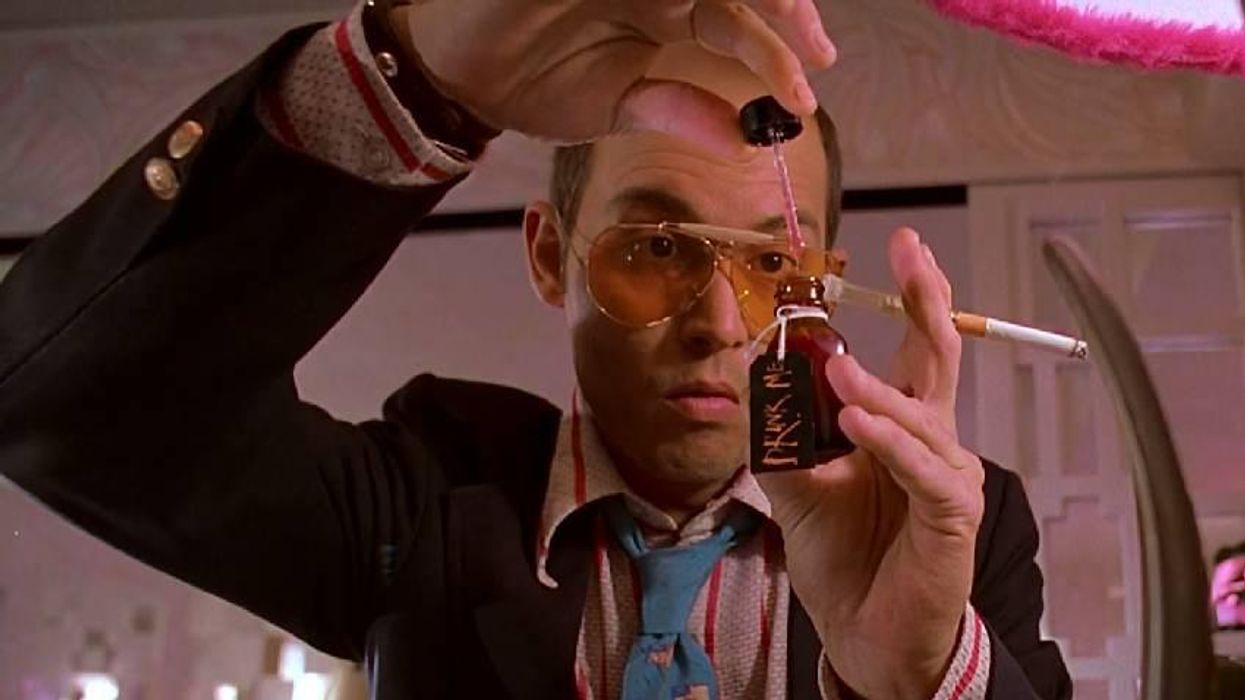 Patrick Howley, the rightwing journalist who broke the story about Ralph Northam's racist college yearbook, has a new cause: making sure that people running for office have not been supping from the adrenal glands of America's children in order to retain their youth and beauty and also get high.

In a tweet yesterday, Howley boldly stated that "Anyone who has ever consumed the adrenochrome of children should be banned from holding public office."

Anyone who has ever consumed the adrenochrome of children should be banned from holding public office.

There were many quote tweets from people who were very supportive of this idea. 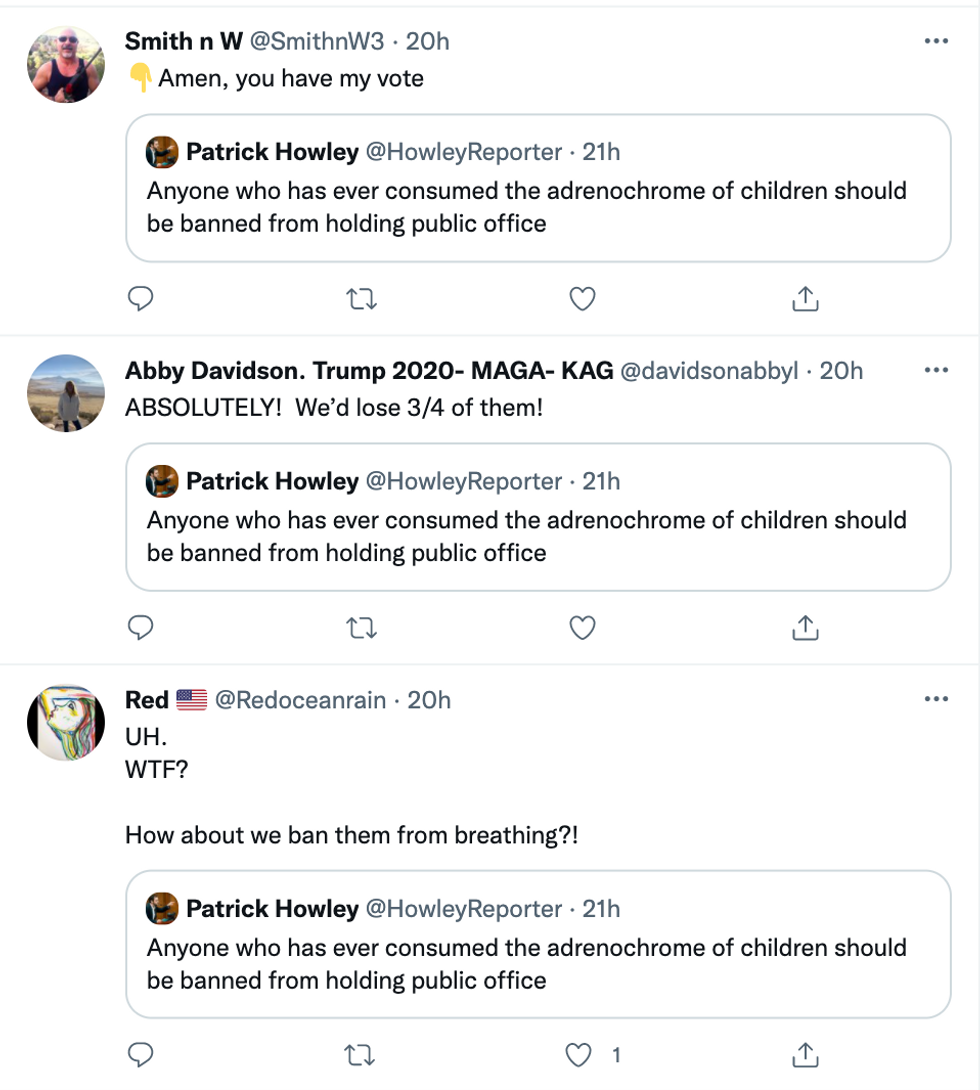 You know, I think this is absolutely fair, which is why I encourage this intrepid reporter to do a few things in order to ensure that this is not happening on the large scale that so many of his compatriots believe it is happening. I believe it may be up to him, the former EIC of the conspiracy site Big League Politics, to do some real investigation into this adrenochrome stuff.

The belief here, supported entirely by conspiracy board hypothesizing and people taking Fear and Loathing in Las Vegas too seriously (the movie, anyway, you know they haven't read the book), is that evil politicians and celebrities are involved in Satanic pedophile rings not just because they love Satan and child molestation, but because scaring children with Satanic ritual causes their adrenal glands to secrete adrenaline/epinephrine into their blood.

Adrenochrome is oxidized epinephrine, although it's not clear that the conspiracists acknowledge this. They appear to think it is its own thing and get super mad whenever someone points out that it is the substance created when an EpiPen goes bad. Or that you can buy it on the internet, because for real, it's not going to do anything to you. The answer to that is usually that the stuff sold on the internet is made in a lab, and that the "good stuff" comes from children only.

I would think that the first step in banning adrenochrome users would be to prove that it does what Howley and others claim it does. The fact is, it is not that hard to get the blood of a scared child, as children are rarely calm when bleeding. I mean, shit, whenever doctors took my blood as a kid I would freak out and try to run out of the office and down the street. Howley ought to get some that way (for journalism), drink it, get super high and suddenly develop softer, more manageable hair or whatever. Or not.

Now, I would think that if Howley was unable to high off of the adrenochrome, his investigation would stop there — but I have seen it posited on message boards that it doesn't matter if the adrenochrome actually does anything or not, the point is that the politicians and celebrities think it does. So he may want to delve further.

In this case, he should start by finding a shred of evidence that anyone has ever actually done this and then notify the police so that they can be arrested and tried in a court of law. Because it is definitely illegal to kidnap children for the purposes of harvesting their blood for drugs. Surely, if this is as common as people claim, it shouldn't be that hard. Many "anons" believe that those who are particularly fond of eating children to consume their adrenochrome like to advertise this by wearing red shoes, so perhaps Howley could just find some people with red shoes, follow them around, and see if they lead him to some secret lair filled with frightened children filling up blood bags like so many Capri Sun juice boxes.

This is truly an incredible thing to believe without any proof whatsoever. I think it would be equally incredible for Howley to prove that a crime for which there is absolutely no evidence beyond people talking about what they think might be true on conspiracy message boards is really happening on a large scale. No one has ever done that before.

As one quote-tweeter pointed out, this might be the kind of thing politicians might be less than forthcoming about, either because they are ashamed of their adrenochrome habit or because this is complete bullshit and absolutely no one is doing this.

If Patrick Howley really wants to see his dream come true, if he really wants to keep all of the adrenochrome users out of public office, he's going to have to be the one to pull himself up by his tinfoil bootstraps and find them.