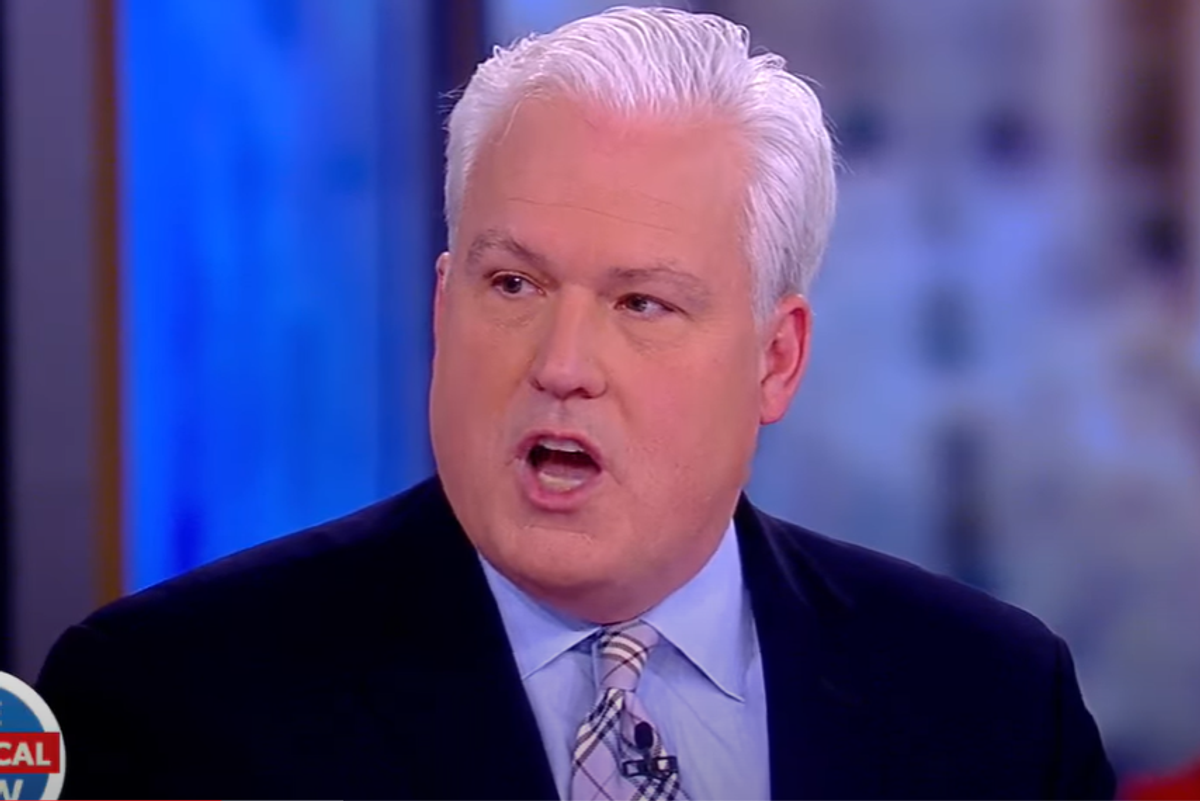 Stop us if you've heard this one before, but a white conservative man is being a total pig turd racist.

What happened is that the liberal Marxist dictators who rule America with an iron fist covered in Muppet fur announced that "Sesame Street" would be getting its first Asian American character, whose name would be Ji-Young. And Matt Schlapp got OUTRAGED! Nope, we didn't leave any details out, that's all that happened: The Muppets announced an Asian American character and white Matt Schlapp with his white hair and his stupid white face got OUTRAGED!

Can you imagine having such an empty life that such things bothered you that much? We feel like even by the standards of garden-variety white supremacists, that's lame.

Fox News helpfully explains to its readers that on "Sesame Street," there are some characters that aren't even people, therefore they do not have a race. Examples given by Fox: Elmo, Big Bird, Cookie Monster. Fox also explains that there are now Black muppets, a fact that outraged wingnuts earlier this year.

But Schlapp is clearly mad because Ernie and Bert were always without race to him. We should note that when white racists think of something as "without race," what they usually really mean is that said thing reads to them as what they consider the default race, i.e. white.

This latest "Sesame Street" attack on the grievance feelings of loser white men comes after Big Bird successfully triggered Ted Cruz by getting vaccinated and also encouraging kids to get their vaccines, now that the FDA has approved them for the youngs. The year before, "Sesame Street" triggered Cruz by encouraging kindness and acceptance toward LGBTQ people. PRO-TIP, Big Bird: If you want back on Cruz's good side, say incredibly horrible things about his wife.

More recently, on Newsmax, host Greg Gutfeld was reduced to lobbing schoolyard taunts at Kermit the Frog, because Kermit and Miss Piggy wouldn't even DEBATE HIM! about vaccines.

And of course, who can forget the time Tucker Carlson turned into a puddle of impotent rage at Elmo, because during the summer when George Floyd was murdered by police, Elmo made a video about how racism is making people upset. Tucker seemed to feel personally attacked by it.

ELMO'S DAD LOUIE: People are upset because racism is a huge problem in our country.

LOUIE: Across the country, people of color, especially in the Black community, are being treated unfairly, because of how they look.

That was it. That was all it took to get Tucker spitting nails. And as we all know, you ain't never seen a white man whining until you've seen Tucker doing his song and dance.

This isn't new, of course. Want to read something from almost 10 years ago, during the 2012 campaign, an entire screed from National Review about how Big Bird is the worst? That exists. We literally had a New Year's Eve best-of post that year on all the times "Sesame Street" murdered all the white men. Might have to bring that one back for 2021, we reckon.

Point is, white rageclowns have been going after "Sesame Street" for eons.

And the other point is that there are no white conservative men left, because woke mob "Sesame Street" has Big Birded them all to death, but don't worry, they got better.