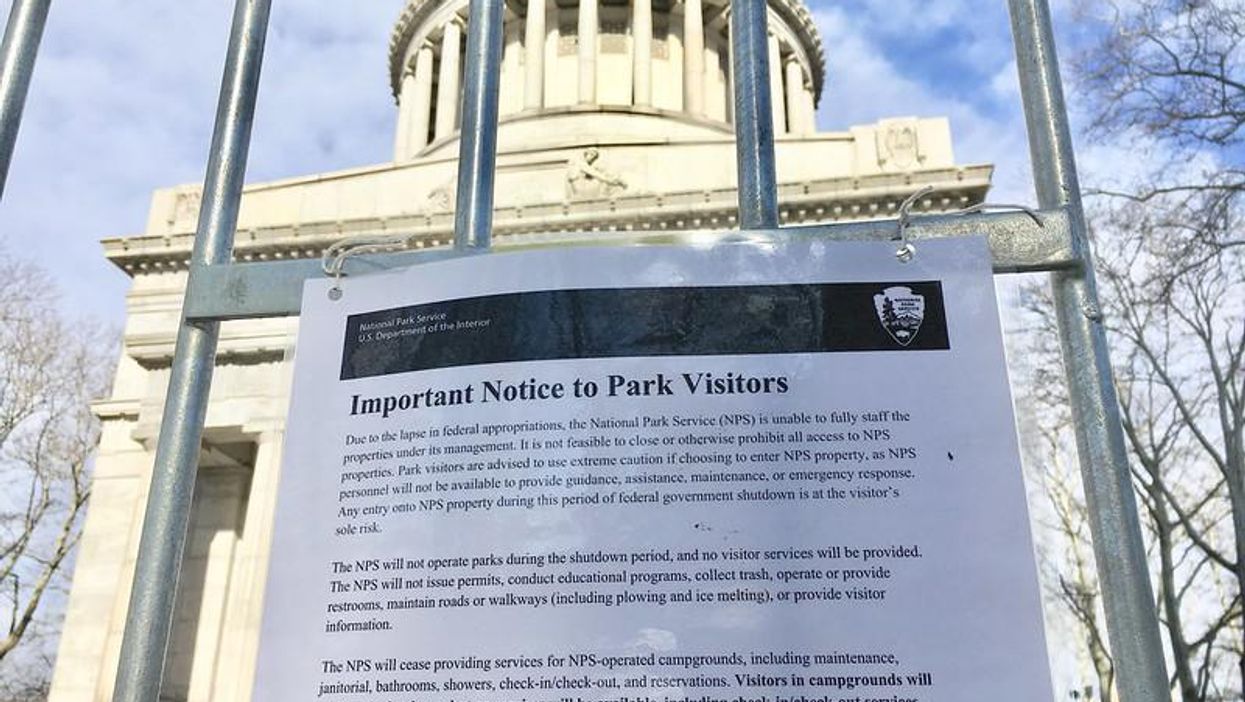 Time for another Government Funding Showdown, since the federal government will run out of funding authority at the end of Friday. If this sounds awfully familiar, it's because we just had another Looming Government Shutdown on our hands back at the end of September, closely followed by a Looming Debt Crisis. Both of those problems were resolved with temporary bills, but only for a short time, so here we are again: Whole lotta looming going on.

The good news is that pretty much all media sources report that congressional sources are "confident" that another short-term funding measure — our friend the "continuing resolution," which keeps spending going temporarily — can be worked out before Friday, so we aren't likely to see any "Closed" signs on national parks, government offices, or Marjorie Taylor Greene's mouth. (Haha, we are joking, it runs constantly like a diesel truck, and also spews toxic garbage.)

The not so great news is that once a continuing resolution is taken care of, the real nail-biting will begin over the stupid fucking useless debt ceiling and over passing Joe Biden's Build Back Better agenda in the Senate. There again, there's reason for hope, but the actual getting there is likely to be exhausting.

Now, if for some reason a CR weren't passed by Friday, we'd be in for what's by now a familiar mess, with nonessential government workers sent home, and essential employees not getting paid, and people working on contract for the federal government being shit out of luck right before Christmas. Happily, nobody wants that this time, unlike in December 2017 when Donald Trump proudly embraced a shutdown over funding for WALL and then blamed Democrats for his shutdown over WALL.

This time around, lord willing and the crick don't rise, there's little question that there'll be a continuing resolution, but we don't yet know how long it'll keep the federal lights on. That'll probably run through late January or early February, to give Congress time to work out its usual "omnibus" package of spending bills for fiscal 2022 (which started October 1), as Vox explainers:

A complete omnibus bill includes a dozen smaller spending measures to fund various aspects of the federal government; currently, 10 of those component bills have passed the House, while the Senate has brought just three bills to committee and passed none.

There's also a slim possibility, Vox mentions, of a far shorter deadline, like December 17, to force quicker passage of that full spending bill, but that strikes us as darned unlikely, because just how many time bombs does anyone want ticking at the same time?

Once there's an agreement fo fund the government, Congress then has to deal with the stupid idiot goddamn fuckpissshit debt limit, which caps the amount of money the government can borrow to pay for spending Congress has already authorized. It's stupid bullshit that nobody cares about but that absolutely has to be passed to avoid a complete economic meltdown.

Put plainly, the debt ceiling is a relic of World War I that has to be passed from time to time, that always ends up being passed eventually, but which has also become a convenient way for Republicans to play chicken with the US economy so they can pretend they care about the national debt. If the debt limit isn't waived or increased, the government defaults on its debts, world financial markets crash, and interest rates throughout the economy go way up because the "full faith and credit" of US money is suddenly shaky. It's never actually happened, but the one time a default got really close was in 2011, when Republicans refused to raise the limit because Barack Obama was still Black. Standard and Poor's downgraded the government's credit rating and taxpayers lost a cool $1.3 billion in higher interest payments just that year.

Back in October, Congress passed a temporary increase in the debt ceiling, just 11 days before the likely drop-dead date for default, but it was only enough to last a little while, and here we are again. As before, Mitch McConnell and Senate Republicans don't want to raise the limit, even though they voted to waive it throughout the four years of Donald Trump's tax cuts and military increases, not to mention the COVID stimmy bills. So Dems are in the same bind as before: 1) pass a debt limit increase all on their own, using the reconciliation process, which would be tedious and would require a specific amount, which could then be used in 2022 attack ads (as if Rs would be nice otherwise), or 2) find 10 Republicans willing to not tank the economy and vote for a waiver of the debt limit until next December or longer, or 3) get Senate Minority Leader Mitch McConnell to agree to another short-term debt limit increase and come back to the whole mess one more time.

Treasury Secretary Janet Yellen said in a November letter to Congress that the US will likely run out of available funds by December 15, although NPR reports it's possible that various fun tricks could push the absolute deadline "into early next year, depending on Treasury's receipts, but leaders say they intend to act in December." And something will eventually avert fiscal Armageddon again, but you'll be sick of it long before we get there. Probably we'll be fine, unless we aren't!

Separate from the big omnibus spending bill to fund the whole damn government for fiscal '22, Congress also needs to pass the National Defense Authorization Act (NDAA), the annual spending bill for everything in the Pentagon from paperclips to military pay and brass button polish and fighter planes that ideally fly more often than they need maintenance. This year, it won't face a dumb veto threat like it did last year, when Donald Trump vetoed the NDAA because it would rename bases honoring Confederate traitors (It was handily overridden in both houses).

This one might actually go through fairly quickly, NPR reports. It's already passed the House, and the Senate is "expected to vote this week on its bill." The current version includes Kirsten Gillibrand's bill to move military sexual assault cases out of the chain of command, so the brass can't make charges vanish as in the past. Good! Not yet settled: whether it'll include an amendment to repeal the post-9/11 Endless War authorizations that have been used for all sorts of military adventurism that had nothing to do with 9/11 or the later Iraq War authorization.

Passing the package of climate and social safety net spending that makes up the biggest part of Joe Biden's agenda is probably a higher priority than #4 — it just doesn't have a deadline on it like the Looming Ones. Negotiations continue on that, and it's likely that the Senate version may remove a few items that were in the version that passed the House.

Joe Manchin still doesn't like the plan for four weeks of family and medical leave, so it may be stripped out, and there's a fair bit of debate about whether to remove or modify the House version's lifting of the cap on state and local tax deductions as well. A plan for immigration reform may also be kiboshed by the Senate parliamentarian. Bernie Sanders, god love him, still wants to get dental and eye care covered by Medicare, too. If the Senate changes the House bill at all, then the bill would have to go back to the House for final passage. We will certainly cover this a lot more in the weeks to come, so we'll get back to that sausage as it's made. We're still pretty sure it's going to pass in some form so Dems will have a second big legislative win to run on next year, in addition to the Infrastructure bill.

My, what an exciting month of pulling teeth December will be! Perfect for that stupid misfit elf Hermie.

Yr Wonkette is funded entirely by reader donations. If you can, please help us keep you on top of everything, especially that chair you're standing on to hang decorations.