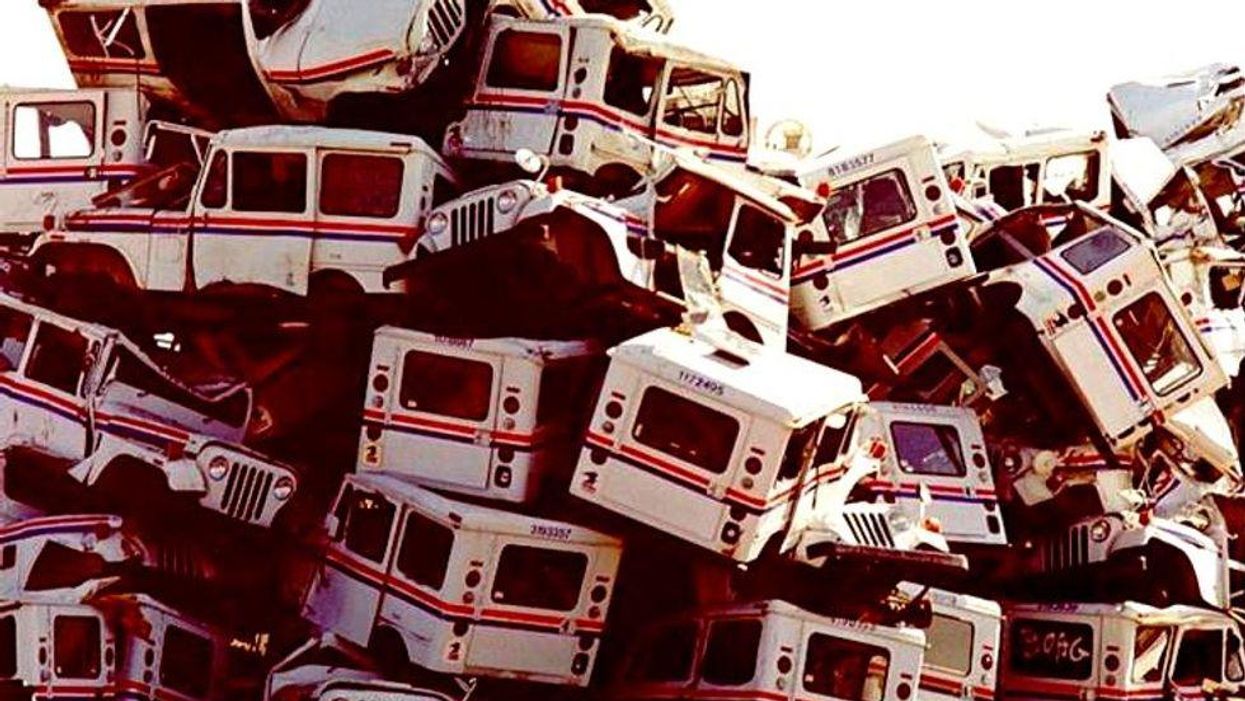 The prospects of freeing the US Postal Service from the grip of Postmaster General Louis DeJoy improved today with President Joe Biden's announcement that he would be nominating two new members to serve on the USPS Board of Governors, including a new chair. The job of postmaster is insulated from presidents directly hiring or firing them, requiring action by the governing board. As you may recall, DeJoy was installed as Donald Trump's pet postmaster without going through the normal hiring process, and surely it's a coincidence that DeJoy was a major GOP fundraiser and finance chair for the 2020 Republican National Convention.

Getting rid of him will be done by the book, because that's how Good Cop Biden does things.

The new appointments will replace current chair Ron Bloom, a Democrat who has backed DeJoy, and board member John M. Barger, a Republican DeJoyToy. The Washington Post reports Biden chose as the board's new chair Daniel Tangherlini, former GSA administrator during the Obama administration, while Barger will be replaced by Republican Derek Kan, a former deputy director of the Office of Management and Budget. Hooray for technocrats!

Once the Board of Governors has a Democratic majority, it will be able to officially give DeJoy his walking papers, and perhaps even in time to save the Postal Service. DeJoy — do we even need to review this? — notoriously embuggered the USPS in the summer of 2020, imposing cuts in service that dramatically slowed mail delivery for months, and removing multimillion-dollar mail sorting machines from post offices around the country, literally dumping the machines in the trash. And that all happened as Donald Trump was in full war mode against voting by mail, by complete coincidence.

Earlier this year, DeJoy announced a plan to fix the Postal Service's problems by redefining "slow delivery" as "on-time" and generally burning down the institution in order to save it. We'll just go with WaPo's summary here, since after the Rittenhouse verdict today no one's going to read anything about the Postal Service anyway.

Bloom told The Post in an October email exchange that he was most proud of how the agency handled the surge in mail-in balloting during the 2020 election, building support for DeJoy's 10-year "Delivering for America" plan, and its recent effort to restore timely delivery service. He pushed through a vote on the plan in March just before three Biden appointees opposed to the program could be confirmed by the Senate.

As we say, once the two new nominees are confirmed, It's possible that at least DeJoy can be removed. After that, presumably, some of the damage done by that new 10-year-plan will eventually be undone as well.

Also, here's a new picture of Thornton, my cat. 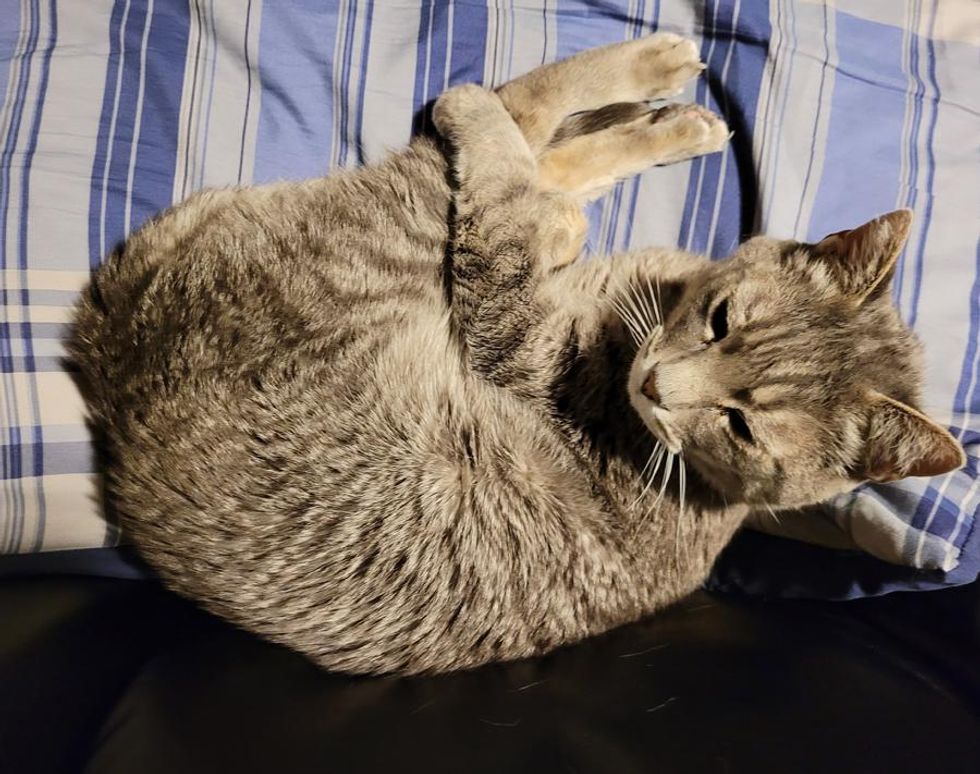 Yr Wonkette is funded entirely by reader donations. If you can, please help us keep this thing going with a $5 or $10 donation.