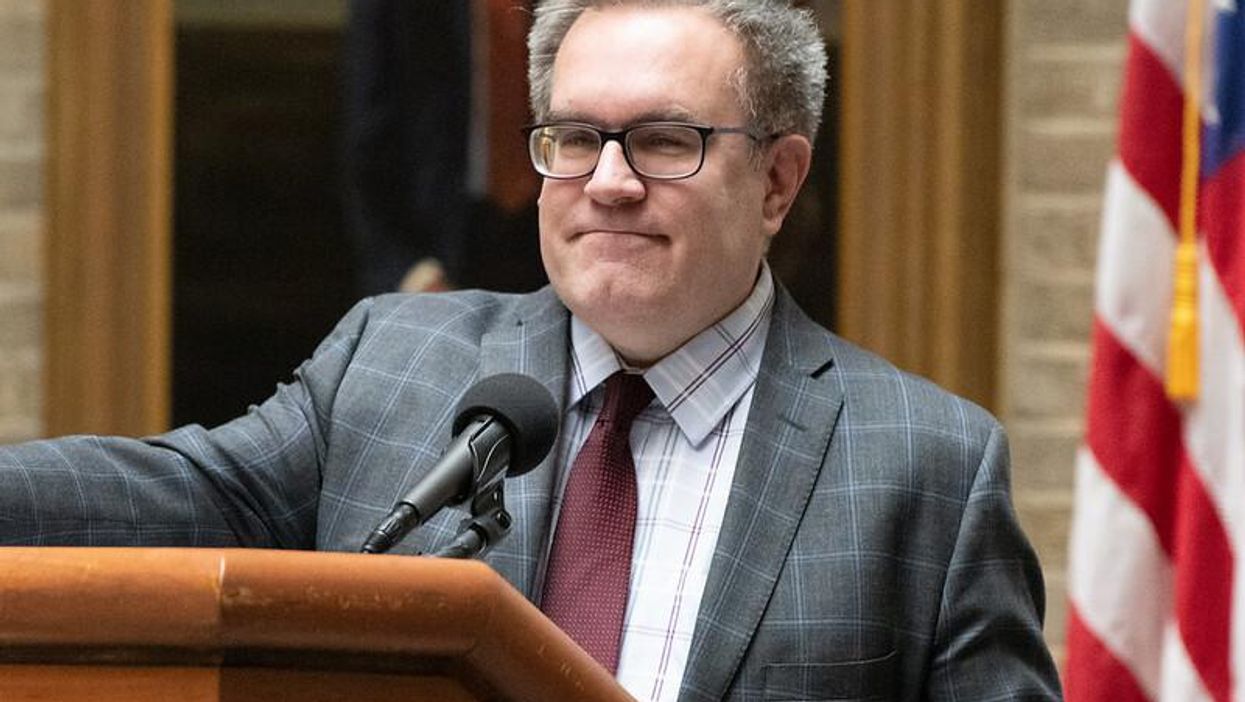 Virginia Governor-elect Glenn Youngkin — he'll be sworn in a week from now — has selected former coal lobbyist and Trump EPA administrator Andrew Wheeler to serve as Virginia’s secretary of natural resources, one of the state’s top environmental officers. With Wheeler’s record of slashing environmental protections and encouraging continued use of fossil fuels, who better to help fulfill Youngkin’s beautiful vision of a state that does as little as possible to reduce greenhouse emissions?

needs a diverse energy portfolio in place to fuel our economic growth, continued preservation of our natural resources, and a comprehensive plan to tackle rising sea levels.

We like the part where the statement doesn’t mention climate change or greenhouse emissions. But like Florida Gov. Ron DeSantis, at least Youngkin acknowledges sea levels are rising, for reasons best not spoken of in polite company.

The statement went on to say that Wheeler and Michael Rolband, Youngkin’s pick for director of the commonwealth's other top regulatory agency, the Department of Environmental Quality, both

share my vision in finding new ways to innovate and use our natural resources to provide Virginia with a stable, dependable and growing power supply that will meet Virginia’s power demands without passing the costs on to the consumer.

In other words, full speed ahead on natural gas generating stations, and the hell with reducing carbon emissions.

In December, the Washington Post reports, Youngkin announced he planned to withdraw from the “Regional Greenhouse Gas Initiative,” a cap-and-trade carbon market among states in the Northeast and mid-Atlantic region, bragging the move would save Virginia electric customers a whopping $4.37 a month on electric bills, although critics pointed out it would also cost the state hundreds of millions a year in funding for flood relief and low-income energy assistance that the state would have raised from the sale of carbon credits to industry.

But it was a carbon tax, Youngkin said, and taxes bad.

Not surprisingly, environmental groups and Virginia Democrats responded to the appointment with a unanimous “The FUCK you say?” Mike Town, executive director of the Virginia League of Conservation Voters, called the decision

hands down the most extreme nomination for an environmental post in Virginia’s history and the absolute worst pick that the governor-elect could make. […] While we were optimistic we might be able to find some common ground with the new administration moving forward, this nomination makes it plainly clear that environmental protections are under attack in Virginia, and we are prepared to fight to defend them

I know he's new to Virginia government and all but @GlennYoungkin does understand cabinet secretaries require General Assembly approval --- right?

Some GOP legislators should have problems with this unless they're not interested in re-election?

Despite the loss of the governorship in November's election, Democrats still hold a narrow 21 to 19 majority in the commonwealth's Senate; Surovell told the nonprofit news outlet the Virginia Mercury that in general, the Senate has seldom blocked governors' cabinet appointments, but (we are paraphrasing here) come the fuck on, this is Andrew Goddamned Wheeler we're talking about. Although the Democratic caucus hasn't discussed the nomination formally, Surovell said,

“I think a lot of our members are going to have very serious concerns” with Wheeler.

“I would think any Republican member who’s in any kind of competitive suburban seat would really need to think twice about voting for someone like him given where Virginia’s been leading on environmental policy,” said Surovell.

Gosh, why all the partisanship, people? Probably has something to do with Wheeler's record at the EPA, where he started out as a deputy to Trump's first EPA chief, Scott Pruitt. While Pruitt was prowling Washington searching for hand lotion and Trump hotel jizz mattresses, Wheeler was already diligently gutting environmental policies with a rusty coal shovel. Wheeler was a key player in rolling back Barack Obama's Clean Power Plan, which would have phased out coal in electricity plants, as well as trashing fuel-efficiency standards for the auto industry, because as anyone knows, good gas mileage kills people. Wheeler also worked to allow more mercury emissions by coal fired power plants, even though the industry had already complied with the higher limits and didn't want the regulations changed.

Trump EPA Will Make You Eat Coal, And You Will Like It

Perfect guy to oversee the environmental degradation of Virginia, then! His skill in killing off clean energy plans will surely come in useful if he manages to be confirmed, because in the short time Democrats have been in power in Virginia, the Assembly and Gov. Ralph Northam have made some impressive environmental gains, as the Virginia Mercury reviews. In addition to joining that regional cap and trade coalition, the state also committed to making the state's electric grid carbon-free by 2045 and adopted California's higher gas mileage standards; those latter moves were enacted by the Assembly, so Youngkin wouldn't be able to undo them with an executive order (and he may end up getting sued over his plan to order a withdrawal from the carbon market, too).

And here's some good news, too:

The energy industry has responded to the policy measures. According to a report from the University of Virginia’s Weldon Cooper Center for Public Service, utility-scale solar is on track to become the state’s third largest source of electricity this year, displacing coal. In a major win for the state’s efforts to become the East Coast’s primary offshore wind hub, Siemens Gamesa this October announced it would build the nation’s first offshore wind turbine blade facility in Portsmouth.

We checked; that's turbine blades for offshore wind, not a manufacturing facility out in the ocean. Also, the top two electricity sources are gas and nuclear.

Even the commonwealth's energy industry is going green, as in the rest of the country:

Both the state’s two largest electric utilities, Dominion Energy and Appalachian Power Company, have also pivoted toward renewables. Appalachian Power began drawing power from solar for the first time this fall and on Tuesday released what it calls its “most robust renewables plan to date,” with plans to add almost 500 megawatts of solar and wind over the next three years.

Dominion, which plans to build a massive 2.6 gigawatt wind farm off the coast of Virginia Beach, has almost entirely divested its natural gas business and is selling investors on what it describes as “the largest, the broadest in scope, the longest in duration and the most visible regulated decarbonization opportunity among U.S. utilities.”

So there's an encouraging trend at least; it's not clear whether Youngkin can actually manage to get Virginia's energy industry to change course on the climate progress it's already started. Crom knows fossil fuel companies don't need much nudging to backslide, but it seems counterintuitive that Dominion, having mostly divested from natural gas, would be lured back into the business by a governor who's limited by law to a single four-year term.

It may be a bit like the current decline of coal in the US, which Trump and Wheeler and the rest of that crowd were unable to reverse. Renewable energy is just plain cheaper, and the industry is more interested in a consistent regulatory environment that they can depend on for profits. And if you've got an offshore turbine farm, it's pretty easy to see which way the wind blows.

Yr Wonkette is funded entirely by reader donations. If you can, please give $5 or $10 to help us promote clean (energy) thinking.